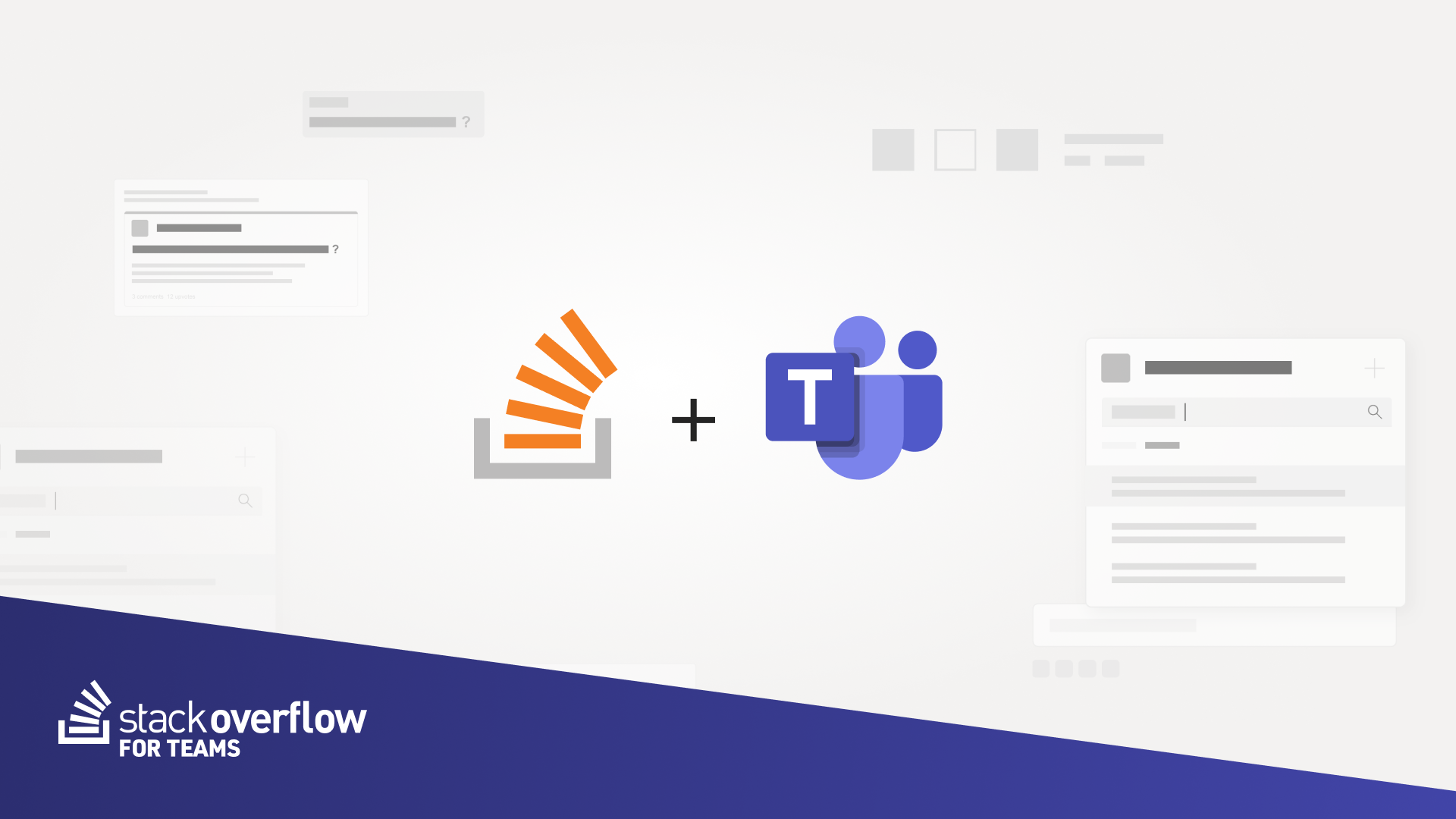 By Ryan Daws | 4th November 2021 | TechForge Media
Categories: Development Tools, Enterprise, Industry, Microsoft, Platforms,
Ryan is an editor at TechForge Media with over a decade of experience covering the latest technology and interviewing leading industry figures. He can often be sighted at tech conferences with a strong coffee in one hand and a laptop in the other. If it's geeky, he’s probably into it. Find him on Twitter: @Gadget_Ry

Stack Overflow has announced enhanced integration with Microsoft Teams the same week a ‘Future of Work’ report highlights that hybrid working is here to stay.

Over the past six months alone, Stack Overflow says that it’s seen a 137 percent increase in Microsoft Teams usage among its Enterprise customers. With clear benefits and the future still uncertain, many businesses are increasing their support for hybrid working rather than roll back the progress they’ve made over the pandemic.

According to this year’s edition of Riverbed and Aternity’s Future of Work survey, 89 percent plan to invest in technology in the next 12-18 months to support a hybrid workforce, 94 percent agree that it helps with recruiting talent, and 42 percent say more than half of their workforce will be hybrid.

Collaboration is vital for any team’s success, which is why tools like Microsoft Teams exist. However, the so-called “collaborative overload trap” can often come into play.

The often-used example for collaborative overload is something many of us have experienced: when meetings are scheduled in a bid to be more productive but end up displacing focus time and harming productivity. A study found that it can take us over 23 minutes to get fully back on task after an interruption.

An abundance of apps is also expected to this overload, contributing to burnout, wasted time, and a general energy drain that can affect an entire company. Employees often have to dig around multiple apps to find the information they need.

By integrating Stack Overflow for Teams natively into Microsoft Teams, the company hopes to overcome this problem.

“Stack Overflow for Teams integration with Microsoft Teams is nice because this is mostly where I do my day-to-day work. I don’t have to leave Microsoft Teams to go to another site,” said Brandon Camerer, Senior User Experience Designer at CloudFit Software.

IDC estimates that Fortune 500 companies lose ~$31 billion a year by failing to share knowledge within their business.

“With the integration between Microsoft Teams and Stack Overflow, I’m just super excited to have one place where I can see my questions in an area where I already do a lot of my work today,” commented Laura MacLeod, Program Manager, Developer Services Division at Microsoft.

In addition to the native integration, Stack Overflow for Teams is making four key enhancements:

Version 2 of the Stack Overflow for Teams integration with Microsoft Teams can be downloaded here.