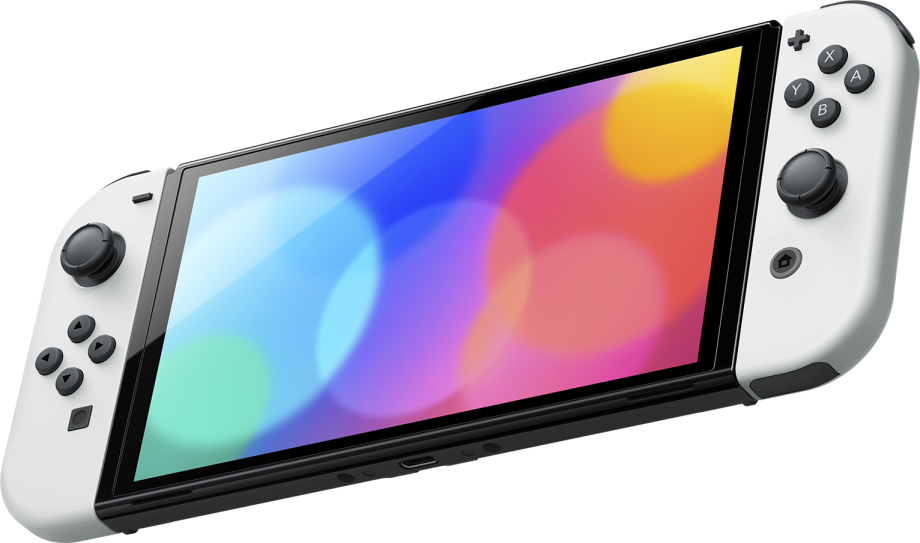 By Ryan Daws | 6th July 2021 | TechForge Media
Categories: Devices, Gaming, Industry, Mobile, Platforms,
Ryan is an editor at TechForge Media with over a decade of experience covering the latest technology and interviewing leading industry figures. He can often be sighted at tech conferences with a strong coffee in one hand and a laptop in the other. If it's geeky, he’s probably into it. Find him on Twitter: @Gadget_Ry

Nintendo has finally announced its long-awaited new Switch model but without many of the rumoured upgrades.

The new Switch OLED, as its name suggests, boasts a new display that should improve some of the complaints about previous models having poor contrast and brightness. However, the rumoured bump to 1080p hasn’t materialised and the screen is still just 720p.

Nintendo has increased the screen size from 6.2-inch to 7-inch so a boosted resolution would have been even more welcome, but the company may have decided the extra power consumption of a 1080p display wasn’t worth it.

Given the lack of resolution boost, an improvement to address the common complaint about the Switch’s poor battery life would have been appreciated. However, Nintendo claims the Switch OLED will still provide the same ~5.5 hours when playing The Legend of Zelda: Breath of the Wild.

4K gaming is quickly becoming the standard while 8K is now the target for those who like to be on the cutting-edge of advancements. Nintendo can rarely be accused of chasing the highest specs like Xbox or PlayStation, and neither should it, but it’s disappointing the rumoured 4K output when docked is still not possible and the Switch OLED is still capped at 1080p that’s now quite firmly associated with last-generation gaming.

Nintendo hasn’t announced the exact processor that it’s using for the Switch OLED but it seems to be a like-for-like uh, switch, from the previous console. Any improvements to things like frame rates and loading times are likely to be minor.

JC Rodrigo, Manager of Product Marketing at Nintendo, tweeted not to expect any performance improvements:

Elsewhere, the Switch’s built-in stand is at least getting a nice improvement to support multiple viewing angles. The built-in speakers are also receiving some love to hopefully give much better sound than the tinny output of previous Switch models. An ethernet port for the dock will also end the reliance on WiFi for online gamers.

Overall, the Switch OLED is likely to disappoint many fans and developers who were hoping for something a little more up-to-date from the long-awaited new model.