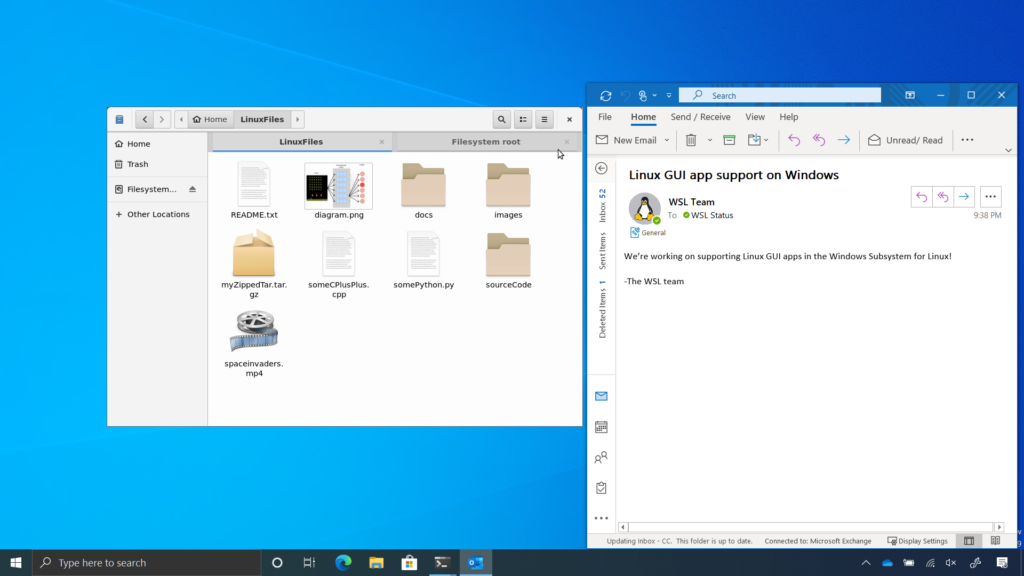 By Ryan Daws | 20th May 2020 | TechForge Media
Categories: Industry, Linux, Microsoft, Platforms,
Ryan is an editor at TechForge Media with over a decade of experience covering the latest technology and interviewing leading industry figures. He can often be sighted at tech conferences with a strong coffee in one hand and a laptop in the other. If it's geeky, he’s probably into it. Find him on Twitter: @Gadget_Ry

Microsoft has announced that full Linux GUI apps will soon be supported in Windows 10 along with GPU acceleration.

During this year’s BUILD, the first to be entirely virtual due to the COVID-19 pandemic, Microsoft pledged to improve its Windows Subsystem for Linux (WSL) with full GUI app support and GPU hardware acceleration.

Microsoft had already announced that it would be adding a full Linux kernel to Windows 10 with version two of WSL later this month, but the GUI support and GPU hardware acceleration are new announcements.

The new features are designed mainly for developers to run Linux IDEs alongside their regular Windows apps. It was technically possible to run Linux apps with GUIs in the past using a third-party X server like Xming; as long as you didn’t mind putting up with poor graphics performance.

Microsoft promises to solve the issue of poor graphical performance with official support for GPU hardware acceleration for Linux tools.

Just yesterday, Developer reported on comments from Microsoft president Brad Smith where he acknowledged the company he’s been at for over 25 years was “on the wrong side of history” when it came to open-source. Back in 2001, former Microsoft CEO Steve Ballmer even called Linux “a cancer that attaches itself in an intellectual property sense to everything it touches.”

Microsoft has since changed its attitude towards Linux and open-source completely. In fact, the company is now the single largest contributor to open-source projects in the world.

During BUILD 2016, Microsoft surprised everyone by adding the Bash shell to Windows. Windows Terminal launched in preview last year and has reached 1.0 this week. Ubuntu, Fedora, and SUSE Linux can even be found in the Windows Store.

Redmond has even open-sourced PowerShell, Visual Studio Code, and the original JavaScript engine for Microsoft Edge.

GPU hardware acceleration is set to debut within the next few months for Windows 10 Insiders in the Fast Ring. Linux GUI app support will come later in the year with further details yet to be announced.