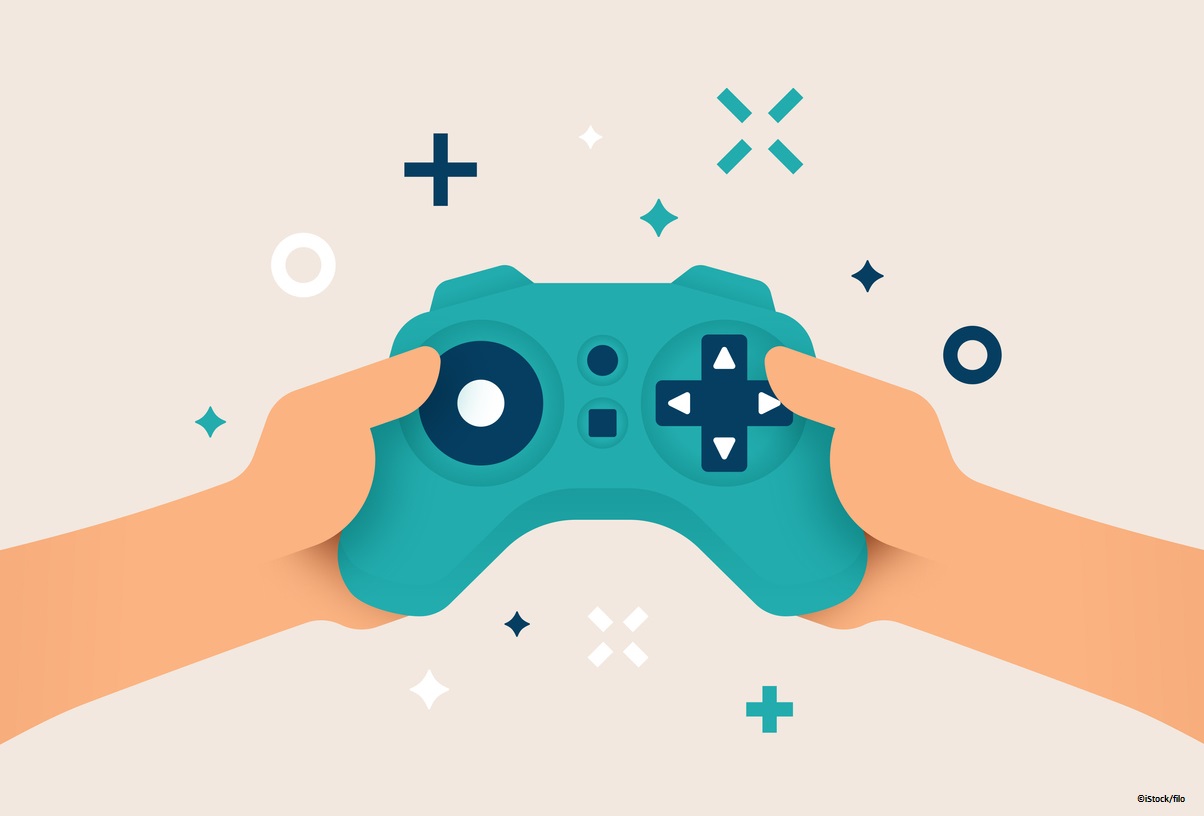 By Ryan Daws | 10th March 2020 | TechForge Media
Categories: Cloud, Gaming, Industry, Platforms,
Ryan is an editor at TechForge Media with over a decade of experience covering the latest technology and interviewing leading industry figures. He can often be sighted at tech conferences with a strong coffee in one hand and a laptop in the other. If it's geeky, he’s probably into it. Find him on Twitter: @Gadget_Ry

GeForce Now allows gamers to access their already owned PC games wherever they are, even using an Android smartphone. Because the service uses custom high-end GPUs from Nvidia in the cloud, even low-spec PCs can access games often on their highest settings (impressively, even features like ray-tracing.)

While it's been an enticing proposition for gamers, various studios have expressed some disdain for GeForce Now and yanked their games from the service.

2K Games, Activision Blizzard, and Bethesda have removed their games from GeForce Now since the service left beta earlier this year. Despite gamers already owning the game being streamed by Nvidia, it's likely the publishers want additional revenue either from Nvidia itself or through gamers purchasing another copy.

GeForce Now has both a free tier and a pro subscription: 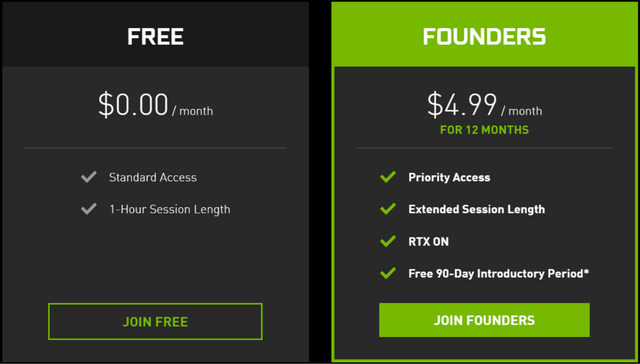 Even the Pro tier for GeForce Now is priced very competitively. Google's Stadia, for example, currently only offers a $9.99/month subscription with a very limited number of free games. Most games on Stadia you have to pay for on top of the subscription at full price, even if you already own the game elsewhere.

If gamers are willing to subscribe to Google's model, that's a lot of potential revenue to pass on to publishers. Nvidia, in comparison, is likely making very little from each subscriber but will be hoping to attract more overall through its attractive pricing.

Sweeney says Epic Games has nothing but praise for GeForce Now and "wholeheartedly" supports it because Nvidia is not taking large cuts from sales. 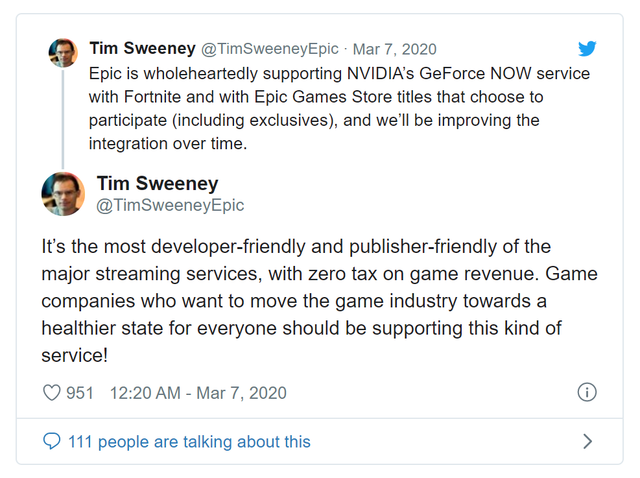 Epic Games' own store was created in response to digital stores like Steam which take a significant chunk of revenue (30% in Steam's case) away from hardworking game developers simply for distributing their work. Epic famously refused to distribute Fortnite on the Play Store – asking Android gamers to download the game from Epic directly instead – in order to bypass Google's own 30 percent cut.

Sweeney and Epic Games' stance on companies unfairly taking large amounts of cash away from developers is consistent. GeForce Now doesn't tax on game revenue while the likes of Stadio do.

Epic Games isn't the only studio backing GeForce Now, Ubisoft recently said that it too is supporting Nvidia's service. Whether Nvidia can settle its differences with the major studios holding out from allowing gamers to access their purchased games via GeForce Now remains to be seen.