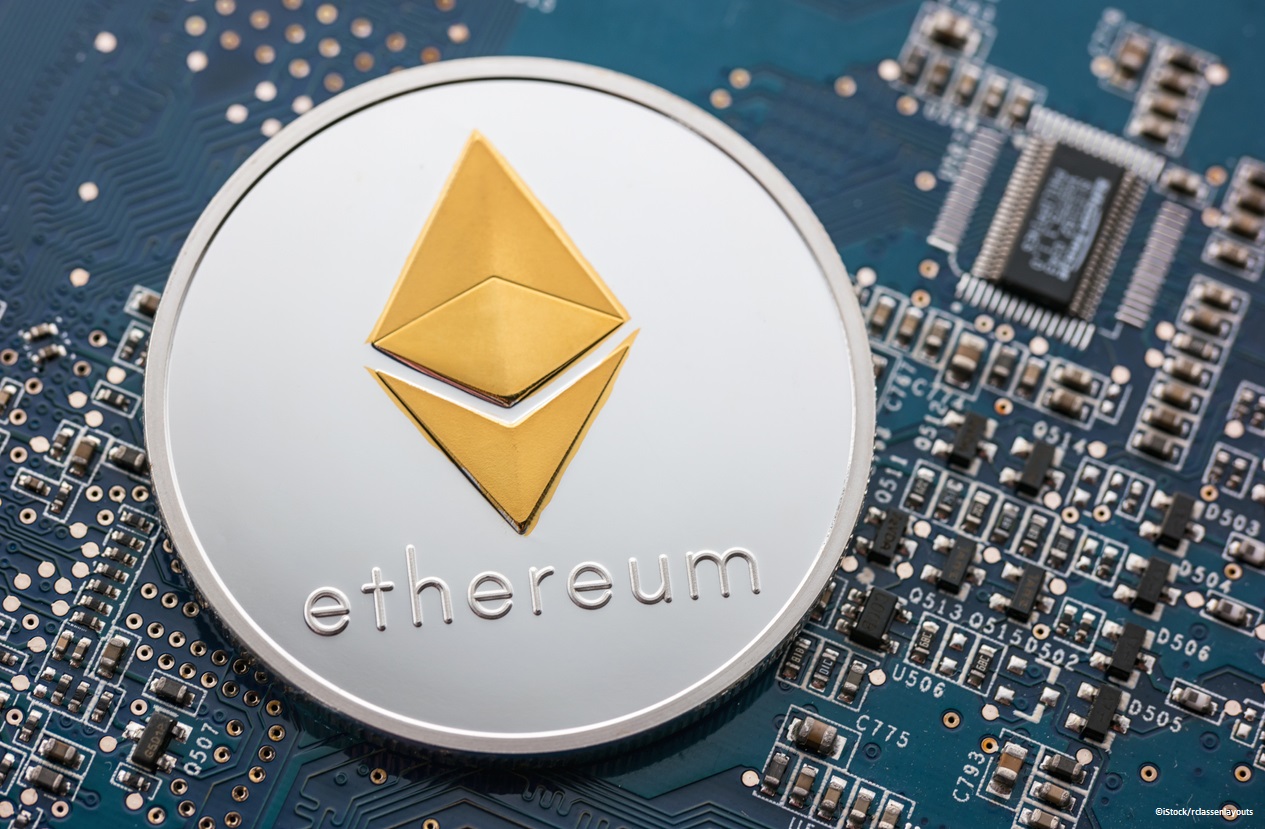 By Ryan Daws | 20th January 2020 | TechForge Media
Categories: Blockchain, Ecosystem, Industry, Platforms,
Ryan is an editor at TechForge Media with over a decade of experience covering the latest technology and interviewing leading industry figures. He can often be sighted at tech conferences with a strong coffee in one hand and a laptop in the other. If it's geeky, he’s probably into it. Find him on Twitter: @Gadget_Ry

Blockchain giant Ethereum has ”officially” kicked off its One Million Devs initiative as the platform aims to build upon its already substantial developer base.

Despite many projects eying its throne, Ethereum remains the largest decentralised app (DApp) platform and the second largest cryptocurrency in terms of market cap. The Ethereum Enterprise Alliance includes hundreds of giants like Intel, Microsoft, JP Morgan, and more.

The ambitious goal of Ethereum to become the decentralised “world computer" during a time of global uncertainties and mass censorship has attracted legions of developers to either contribute to – or build DApps for – the decentralised project. Supporters believe Ethereum will usher in the so-called Web 3.0 so it's little wonder many are eager to be a part of it.

Here’s how the One Million Devs initiative describes the difference between Web 2.0 and Web 3.0 developers:

According to Santiment, Ethereum is only second to Cardano in terms of platform development activity. However, the Cardano project has 111 contributors compared to Ethereum's 456. In fact, only Bitcoin has more contributors with 631. The second largest DApp platform by market cap, EOS, has 203 contributors for comparison.

Of course, those are only the developers contributing to building the actual platforms – including the number of developers building DApps for them would inflate each number much higher, but that's a hard statistic to come by. The One Million Devs website claims there are ~200,000 active developers working with Ethereum and its technology stack.

With its One Million Devs initiative, Ethereum wants to retain its position as the number one decentralised app platform. There are hundreds of millions of developers around the world, but only several hundred thousand blockchain developers – and that needs to change.

The initiative is taking an innovative approach to attracting developers by offering them decentralised profiles. These profiles can be used to connect with other developers to help build a community spirit, take on challenges which showcase Ethereum’s tools and functionalities, and showcase their skills. Over time, participating developers can create their own activities for others to keep the content fresh.

Many blockchain platforms are still trying to find their "killer app". The likes of EOS and Tron are currently dominated by predominantly gambling apps and games.

Tron recently acquired video streaming platform DLive to help branch out into other areas, with fortunate timing given YouTube's crackdown on crypto-related videos. EOS, meanwhile, is set to launch its decentralised Facebook rival called Voice next month (however, developer Block.One recently announced that Voice will not launch on the public EOS software but a private version, although they plan to transition over at a later date.)

Ethereum is already being used for a myriad of purposes but many analysts believe decentralised finance (DeFi) is where it's really found its first big use case thanks to projects like Maker, Compound, BlockFi, 0x, AirSwap, Kyber, Augur, Bancor, DAI, Polymath, and more.

This week, Ethereum reached a new all-time high of 3.127 million "locked up" in DeFi apps: 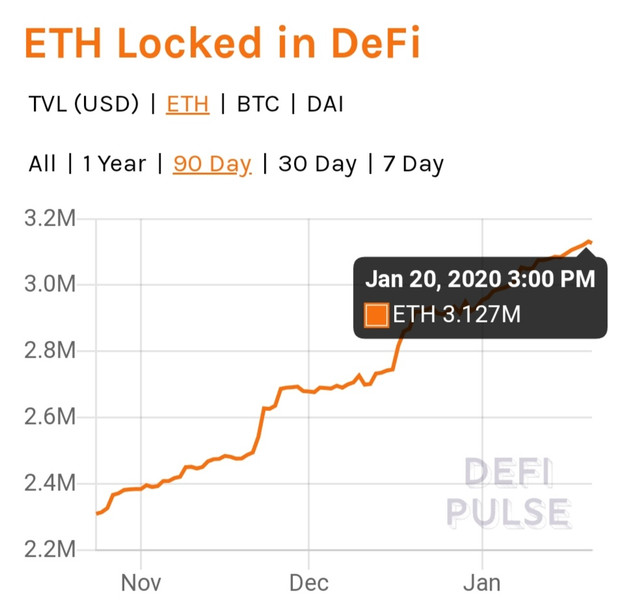 Ethereum's goal to reach one million developers this year may seem ambitious, but many would have said that just a few years ago about what it's achieved today. The biggest hurdle will be getting Ethereum 2.0 out-the-door to solve the platform's renowned scalability problems.

Just like Bitcoin, it's probably unwise to bet against Ethereum at this point. The platform has stuck around this long despite many rivals coming and going, and it's still retained its crown as the decentralised app platform to beat.