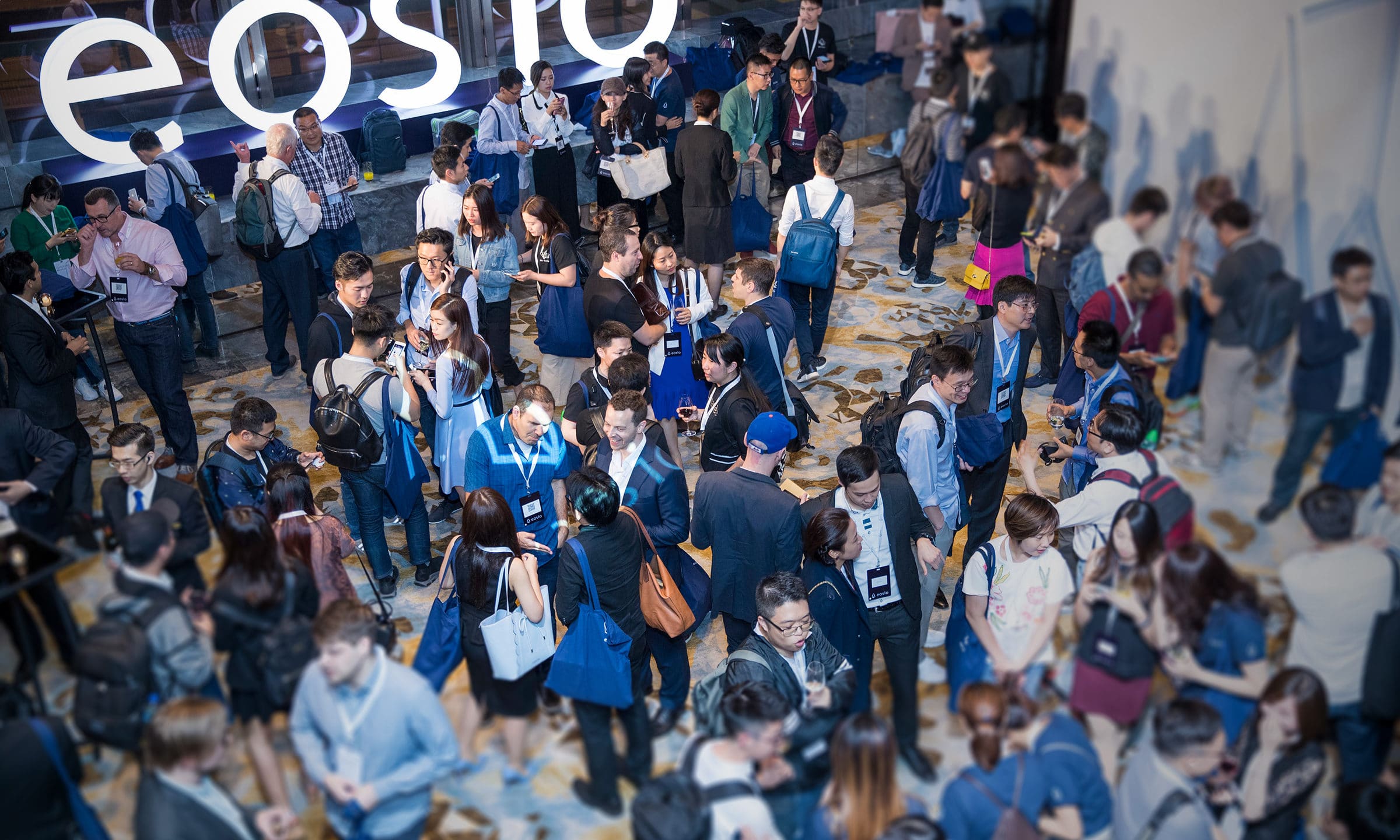 By Ryan Daws | 5th February 2020 | TechForge Media
Categories: Blockchain, Platforms,
Ryan is an editor at TechForge Media with over a decade of experience covering the latest technology and interviewing leading industry figures. He can often be sighted at tech conferences with a strong coffee in one hand and a laptop in the other. If it's geeky, he’s probably into it. Find him on Twitter: @Gadget_Ry

The main development company behind the EOS blockchain has posted a $200k reward for anyone who can build an Ethereum virtual machine for it.

Ethereum has, by far, the most DApps (Decentralised Apps) and developers contributing to it. However, the “world’s computer” is also plagued by scalability problems.

To help solve its scalability issues, Ethereum is transitioning to a proof-of-stake consensus in addition to implementing features like sharding. “Phase Zero” of Ethereum 2.0 is expected to launch imminently but this is just the first step on a likely multi-year journey.

Tron supports Ethereum’s Solidity contracts which makes the transition for developers easy, but EOS and Cardano are looking to simplify the transition from the largest smart contract platform to theirs.

The Block.One contract calls for the creation of an EOS smart contract capable of storing and invoking “Ethereum Virtual Machine (Solidity) smart contracts in an Ethereum-like environment.”

Armed with such a large wallet, Block.One has invested heavily in EOS’ development and held large events to promote its adoption. However, it’s still become known primarily for gaming and gambling apps.

Block.One recently caused disappointment when EOS’ first major app, a decentralised social network called Voice, was announced to be launching initially on a private version of EOS rather than public. Therefore, the first real killer app for EOS is yet to be found.

The same “lack of killer application” issue plagued Ethereum for some time – but the platform has recently witnessed huge uptake in decentralised finance (DeFi). Last week, Mati Greenspan, founder of Quantum Economics, tweeted that the amount of money locked in DeFi contracts is rapidly nearing $1 billion.

By introducing an Ethereum virtual machine, EOS has a chance at stealing a few developers and their DApps. In the long run, that’s likely to be worth a lot more to EOS than the $200k reward for whoever can provide one. It’ll be an uphill battle though, Ethereum has the hearts and minds of many developers for its core mission – and is aiming for a one million-strong legion of them.

Submissions for EOS’ challenge to build an Ethereum virtual machine should not contain changes to the EOS software and must contain documentation for querying EVM contract’s state and account balances. Accompanying materials must be in English or come with an English translation.

The end date for submissions is February 2021 but the challenge will be closed if a winner is announced before it expires. Testing of the submissions will occur approximately every three months.

You can find more details about the challenge and how to enter here.