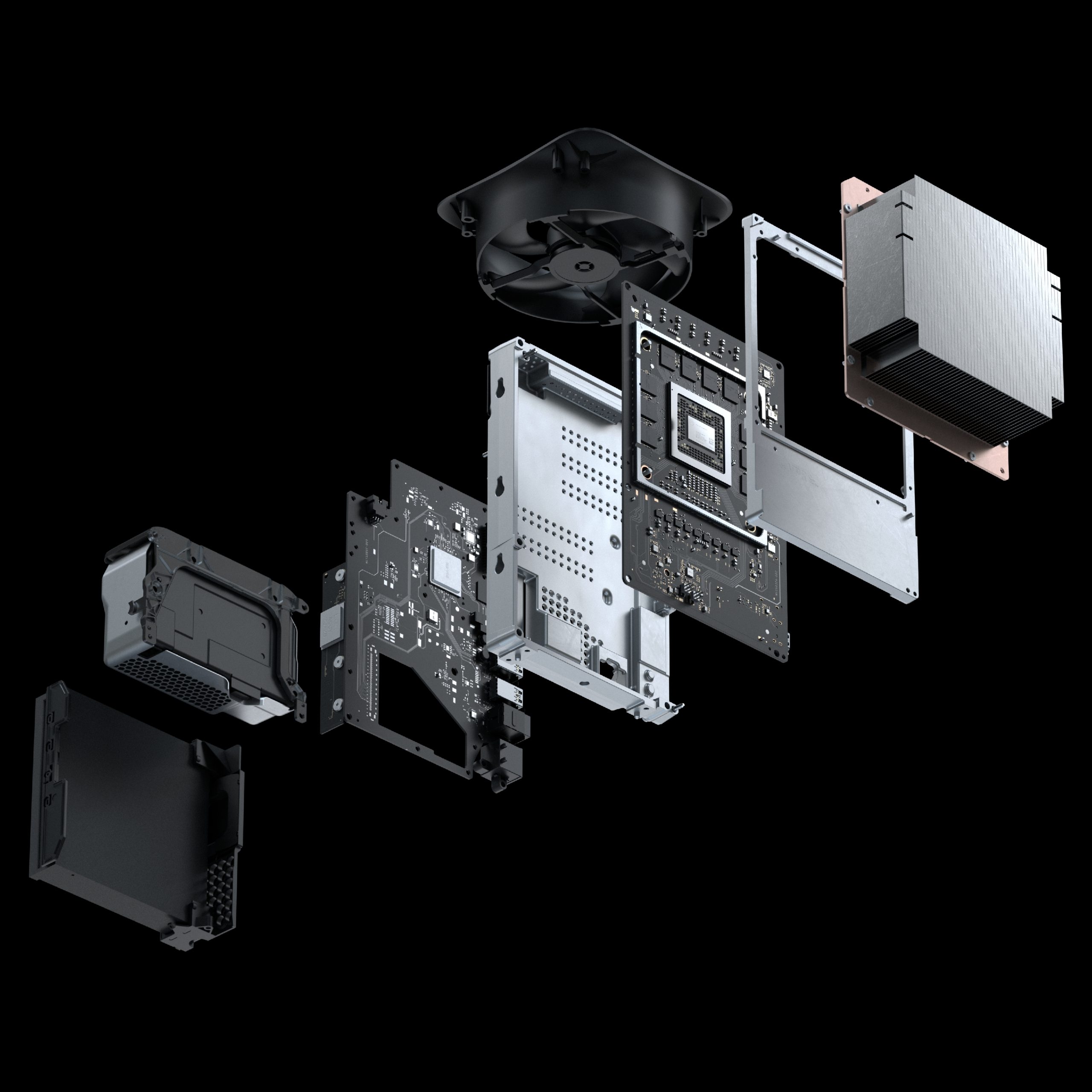 By Ryan Daws | 24th April 2020 | TechForge Media
Categories: Gaming, Industry, Microsoft, Platforms,
Editor at TechForge Media. Often sighted at global tech conferences with a coffee in one hand and laptop in the other. If it's geeky, I'm probably into it.

A former PlayStation developer has praised the Xbox Series X as a “beast” compared to the PS5.

Chris Grannell is an industry veteran who has spent years at PlayStation studios behind the likes of Horizon: Zero Dawn and the WipEout series.

The raw specs difference between the two consoles was clear, but the praise from a former PlayStation developer puts Sony on notice that this generation might not be as easy as the last.

“The machine that Microsoft has put together is an absolute beast compared to what Sony has put together,” Grannell said on the RDX podcast. According to Grannell, his opinion is shared among the other game developers he’s spoken to.

One of the most noticeable differences between the Xbox Series X and the PS5, Grannell believes, will be in real-time ray-tracing.

One area where the PS5 has a hardware advantage is its 825GB SSD which touts a blistering 5.5GB/s of performance and means that loading times, if at all, will be almost instantaneous. During his recent technical reveal, PlayStation system architect Mark Cerny said that developers may even have to put in artificial loading times and joked that “fast travel” will finally live up to its name. The next-gen Xbox also has improvements in this area, but its slightly higher capacity 1TB has less than half of the throughput at 2.4GB/s.

Grannell believes that Sony has “rested on their laurels” after the PS4’s success following the disastrous launch of the original Xbox One. The original Xbox One famously launched with less power than the PS4, was more expensive, put too much confidence in cloud computing, and suffered from controversies like DRM-gate.

“They’ve got this massive marketshare and lead, and they’ve done a kind of PS3 is what I’ve been hearing. It’s not that bad in terms of hardware and complications, and things like that, but just a little bit of they didn’t really kind of appreciate what Xbox were going to try and do in terms of this power narrative.”

Xbox has turned its fortunes around

Under the relatively new leadership of industry legend Phil Spencer, Xbox has turned its fortunes around in recent years.

The launch of the Xbox One X helped the company retake its crown of having the world’s most powerful console. The innovative “Netflix for games” Game Pass subscription, meanwhile, has funded innovative new titles and offered them increased exposure while ensuring gamers never run out of new experiences.

While most games are cross-platform, one area many gamers feel PlayStation has always had Xbox beat is in the overall quality of first-party exclusives. This has also begun shifting in recent years with Xbox acquiring some of the world’s most renowned studios including Rare, Obsidian, Ninja Theory, Double Fine, inXile, Turn 10, Playground Games, and more.

What may harm the success of the next-generation Xbox is the company’s commitment to releasing most games on PC and the requirement for all games to also be compatible with the previous Xbox generation (which at least gives existing Xbox households confidence that their older consoles are not about to be made redundant.)

To access most PlayStation games, you’ll need to own a PS5.

Overall, it doesn’t look like Sony will run away with this generation as it did with the last. As Grannell’s comments suggest, it looks like PlayStation may have gotten too comfortable with its lead while Xbox has come out swinging harder than Street Fighter’s Ryu.