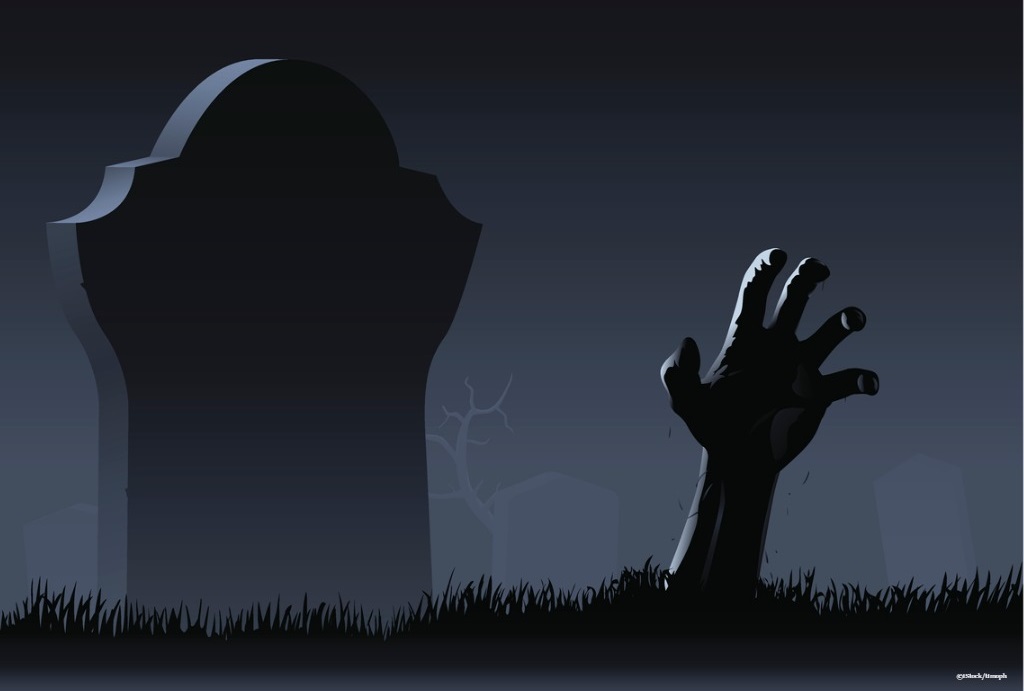 By Ryan Daws | 20th May 2019 | TechForge Media
Editor at TechForge Media. Often sighted at global tech conferences with a coffee in one hand and laptop in the other. If it's geeky, I'm probably into it.

President Trump’s trade war on China has resulted in Google, Qualcomm, Intel, Broadcom, and Xilinx ending their relationship with Huawei.

Trump signed an executive order effectively banning telecoms equipment from foreign firms deemed a security risk. Shortly after, the US Commerce Department added Huawei to its Entity List. Any US firm wanting to have dealings with a company on the list requires prior approval from the government.

Google was the first to announce the relationship termination. Huawei will lose access to future Android updates as well as Google’s services, but existing devices will continue having access to Google Play and Google Play Protect.

“This move will have a critical impact on Huawei’s business around smartphones. Huawei has its own mobile OS as a backup, but it’s not fully ready yet and it’s very difficult to build up the ecosystem as what Huawei has been doing on Android.

It’s no good for consumers around the world, and it’s a pity that customer value – facilitated by the open-source spirit – is now ruined by politics.”

Intel, Qualcomm, Broadcom, and Xilinx have all told employees they will no longer supply Huawei.

Intel, meanwhile, supplies processors for Huawei’s laptops and servers. This decision extends the impact on Huawei’s consumer division beyond smartphones.

The consumer business of Huawei became its most abundant source of revenue last year; driven by well-received devices such as the P30 Pro. Here’s a breakdown of Huawei’s revenue sources from its 2018 annual report: 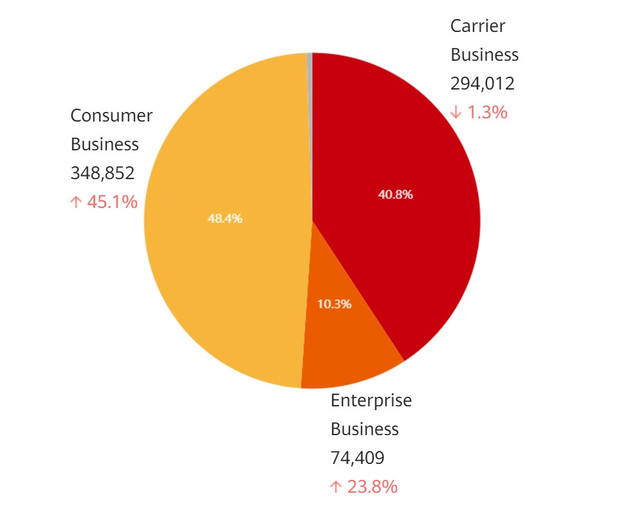 Huawei is the world’s second largest smartphone manufacturer; overtaking Apple in Q1 2019 as its volumes increased by nearly 50% year-on-year. The company’s telecoms infrastructure business has often come under fire by the US over national security concerns, but its consumer division had been relatively unscathed.

“Huawei became the second largest smartphone brand by shipments without a significant presence in an important market like the United States. It was also the fastest growing brand among the top 10. At this pace, we expect Huawei to remain ahead of Apple at the end of 2019.

What has helped Huawei is the pace of its innovations. It was the first to introduce features like reverse wireless charging, onboard AI, advanced camera, and more. A dual-brand (HONOR) strategy has helped Huawei build a connection to younger profile consumers and gain additional market share in a sluggish Chinese market.

Huawei is now a match for Samsung in smartphone hardware. Like Samsung and Apple, Huawei also is becoming increasingly vertically integrated. We believe it is Huawei that Samsung should be worrying about rather than Apple.”

As noted by Srivastava, the US is not a big market for Huawei. Most smartphones in the US are purchased using carrier subsidies, but operators have been unwilling to partner with Huawei over threats of making them ineligible for government contracts.

AT&T was due to announce a carrier partnership with Huawei during CES 2018, but the carrier famously pulled out last second. CEO Richard Yu used the stage to express his frustration with the US market.

On Huawei's smartphones being distributed by US carriers, Yu said on-stage: “Unfortunately at this time we cannot. It’s a big loss for consumers because they don’t have the best choice for devices.”

“We’ve won the trust of the Chinese carriers,” Yu told the crowd. “We’ve also won spots on all of the European carriers.”

The decisions of Google, Intel, Qualcomm, Broadcom, and Xilinx will be devastating for Huawei’s consumer business. With the company also facing a fierce battle with its telecoms business, it’s hard to see how Huawei can overcome this unless there's a resolution to the US-China trade war.

Excluding a player like Huawei will hit the Android ecosystem and its developers. However, a loss for Android is a win for iOS.

Huawei has been granted a temporary US general licence, meaning it can provide software updates to existing handsets.