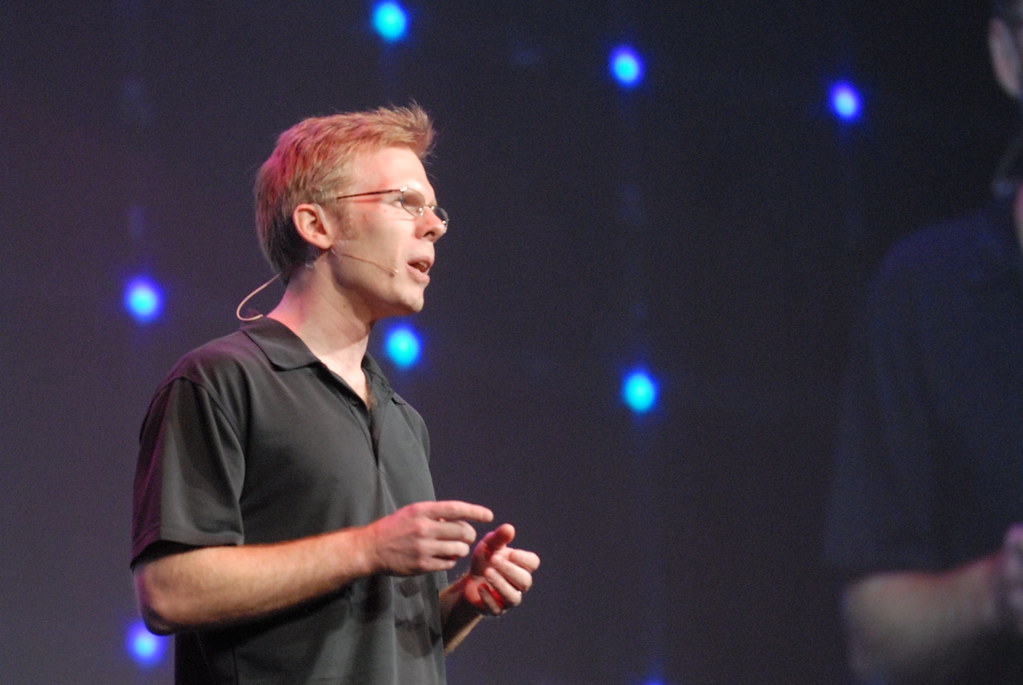 By Ryan Daws | 29th August 2019 | TechForge Media
Editor at TechForge Media. Often sighted at global tech conferences with a coffee in one hand and laptop in the other. If it's geeky, I'm probably into it.

Gaming legend John Carmack, id Software founder and CTO of Oculus, has given his take on modern video games.

Carmack has illustrious gaming credentials having been the lead programmer of renowned titles such as Wolfenstein 3D, Doom, Quake, Rage, and their sequels. Many of Carmack’s games were considered groundbreaking and continue to be influential today.

A large number of gamers feel there’s little innovation and variety in most modern games despite budgets often surpassing that of Hollywood blockbusters. Meanwhile, remasters of older games seem to be announced or released every other week.

Speaking on the Joe Rogan Experience podcast, Carmack gave his thoughts about why many games today lack a “distinct flavour” and seem to follow the same template.

"One of the interesting things as we look at game design today versus the old days is a lot of people fall into a nostalgia trap about saying, 'Well, the games I grew up with were the greatest games ever,' and you see it with music and movies and everything," says Carmack.

Carmack theorises that games of the past weren’t subject to the same level of focus-testing as modern games which meant they weren’t as generic. Some modern games are “focus-grouped to death,” Carmack claims.

Often there's a conflict between game developer and publisher. Game developers tend to want to be creative, whereas publishers are looking for more guaranteed ways to make back the cash they’ve invested and then some.

On that point, Carmack says:

"The amount of effort that goes into modern games is extraordinary. The detail and all the quality on all the different levels. There is a little sense of, games are so expensive to make now, sometimes in the hundreds of millions of dollars, that they do have to be conservative. They have to be careful to make sure that they've got something that has a broad, mass appeal."

A possible example of this in action is the case of publisher Activision’s now-former relationship with game studio Bungie when developing Destiny.

Destiny cost Activision around $500 million and understandably the publisher wanted to ensure it was a commercial success. Reportedly, Activision’s oversight meant Bungie – a studio known for developing Halo, one of the most in-depth and creative franchises ever made – wasn’t allowed to take many creative risks and had to lock content behind paid expansion packs.

Bungie has now separated from Activision. In a Kotaku report following the split, Jason Schrier wrote: "Bungie, the studio that created and has led development on the franchise, told employees during a team meeting this afternoon, framing it as fantastic news for a studio that has long grown sick of dealing with its publisher. Employees cheered and popped champagne, according to one person who was there."

Bungie is now preparing its first large content update since the split from Activision, Shadowkeep. The expansion looks expansive and innovative, but it’s also Bungie’s decision to make a free version of Destiny and enable cross-play between platforms which shows there’s less focus on squeezing cash out of players.

The situation with Bungie and Activision perhaps serves as an example of where too much oversight, the same way as too many focus groups, can lead to a game without the "distinct flavour" Carmack speaks of.