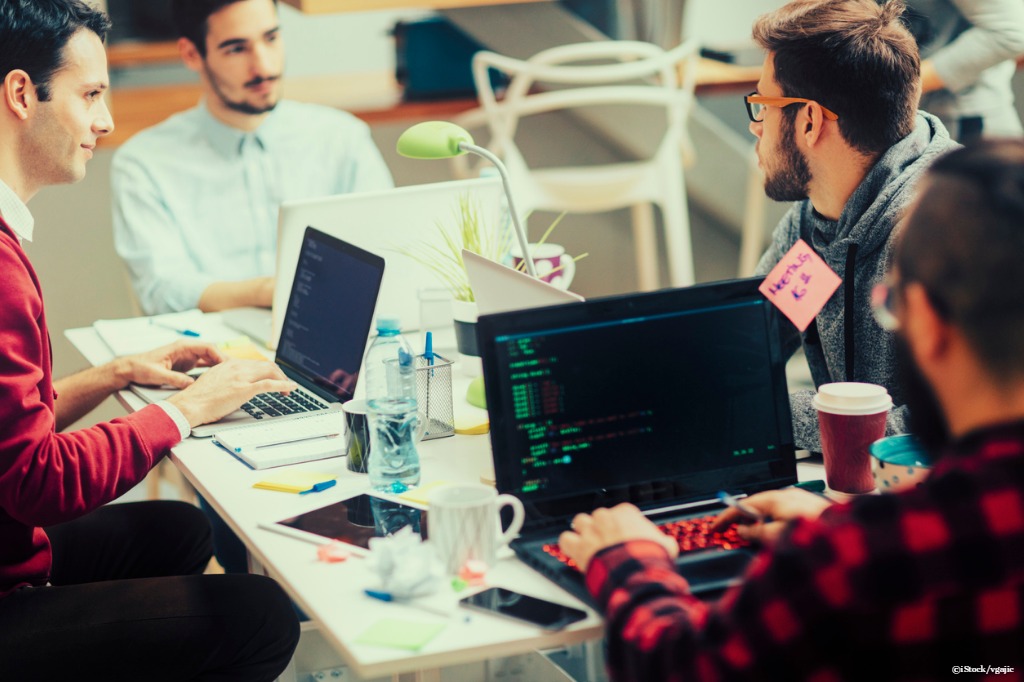 By Ryan Daws | 1st August 2018 | TechForge Media
Categories: Careers, Industry, JavaScript, Languages,
Ryan is an editor at TechForge Media with over a decade of experience covering the latest technology and interviewing leading industry figures. He can often be sighted at tech conferences with a strong coffee in one hand and a laptop in the other. If it's geeky, he’s probably into it. Find him on Twitter: @Gadget_Ry

The number of UK vacancies for developers has increased by four percent over the last two years, according to research by Joblift.

Joblift is a job search platform that also monitors for notable changes in the career market. The findings in their latest research is evidence of the growing appetite for developers.

Seven percent of all vacancies listed in the last 12 months requested programming expertise. These vacancies increased by an average of four percent each month, double the rate of the UK’s job market as a whole.

This increasing desirability for development knowledge further reinforces the need to educate children in coding to equip them for later life and prevent a skill shortage in the workforce.

JavaScript is the current most in-demand programming language being sought by recruiters by some margin. The language was mentioned in 42 percent of vacancies, ahead of Java (30%) in second place, and C# (25%) which ranked in third place.

Python was mentioned in 19 percent of job ads. That means, while it’s an increasingly popular language among developers, there are currently over double the number of vacancies for JavaScript.

However, Python is showing the highest increase in mentions – with job vacancies requesting candidates with Python skills increasing by an average of nine percent each month in the last year. The highest rate of any language analysed.

On the opposite end of the rankings, the Lua, Haskell, and Groovy languages were all mentioned in less than one percent of vacancies. Across the UK, programmers earn around £42,000 per year on average. However, with the high demand for skills, this figure is already increasing. A third of postings requiring programming skills now advertise a salary of £50,000 or more.

What are your thoughts on the insights from the UK developer job market? Let us know in the comments.