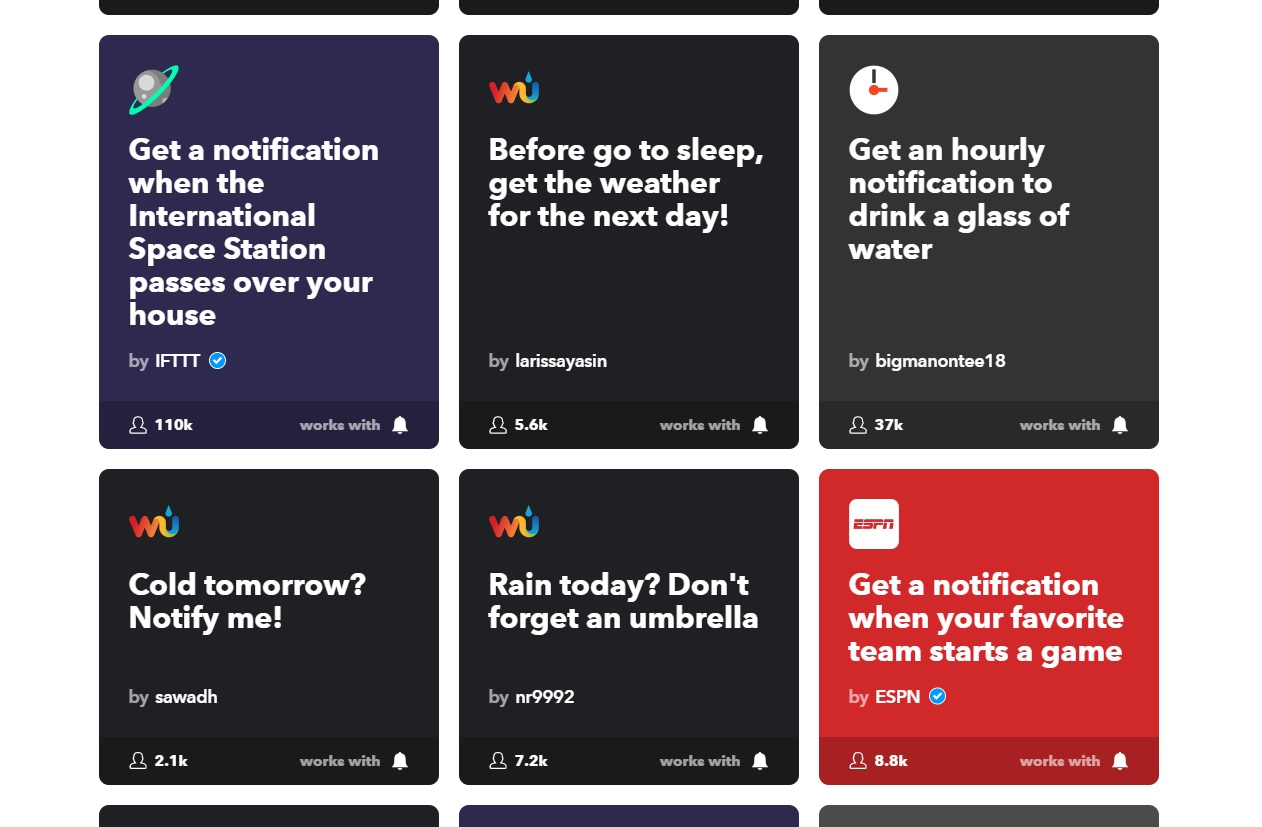 By Ryan Daws | 24th May 2017 | TechForge Media
Editor at TechForge Media. Often sighted at global tech conferences with a coffee in one hand and laptop in the other. If it's geeky, I'm probably into it.

IFTTT has become invaluable for connecting various products and services together, but it was limited to its large partners in the past. Today, however, the platform is opening its virtual doors to individual developers to build and publish applets for anyone.

For those uninitiated, IFTTT (If This Then That) allows people to create ‘recipes’ which help to maximise the potential of products and services. For example, a high carbon dioxide level detected by a Netatmo Weather Station at home could result in your Phillips Hue lights blinking a few times or altering colour to remind you to open a window.

Makers will be able to publish and show off their creations on dedicated profile pages.

Last August, IFTTT announced it would allow third-party companies to build their own apps and services using the IFTTT partner platform. The initial partners included Adobe and smart doorbell manufacturer Ring. More recently, Dominos jumped on board to have smart home devices such as Hue lights update customers on the progress of their pizza delivery.

A few months after, this initiative was expanded to any company. Furthermore, while previous “recipes” were limited to one trigger and one action, IFTTT expanded the capabilities to become ‘applets’ which can include multiple actions in a single trigger. Asking Google Assistant to “trigger wake up routine” for example could disable your home alarm, switch on the radio, and start the coffee maker.

Now we’ve reached today and IFTTT will allow any developer to build applets on their platform. Several tiers are available ranging from free to over $499 per month dependent on needs: 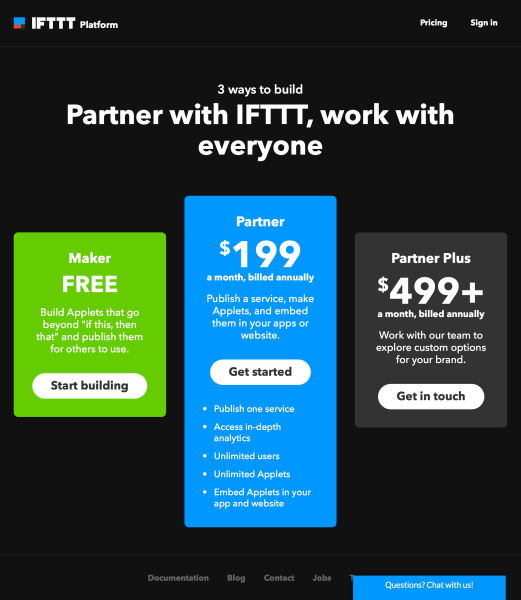 More than 430 APIs are available on IFTTT and makers will be able to publish and show off their creations on dedicated profile pages.

“Over 200,000 makers already use IFTTT to play, iterate, and test,” said IFTTT co-founder and CEO Linden Tibbets. “Giving them access to the tools our partners have is a no-brainer — it’s a win for both users and partners. We’re excited to see what they create and in the future, we expect to see new services originating from makers as well.”

Do you intend on building IFTTT applets? Let us know in the comments.