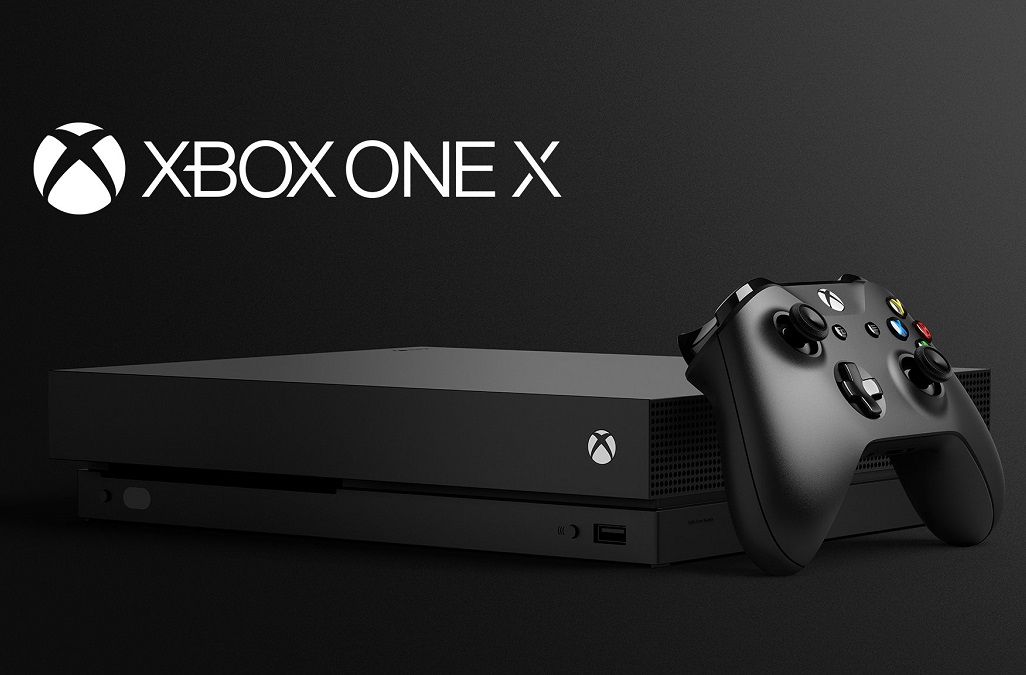 By Ryan Daws | 15th June 2017 | TechForge Media
Editor at TechForge Media. Often sighted at global tech conferences with a coffee in one hand and laptop in the other. If it's geeky, I'm probably into it.

Microsoft surprised many with the lack of any VR plans during the reveal of its Xbox One X console at this year’s E3 conference, but it’s a smart move.

Sony is the only company to have launched VR on a console and this year we’re really just beginning to see to see the fruits of their efforts. At Sony’s E3 conference we saw upcoming VR titles like ‘Skyrim’ and ‘Inpatient’ which appear more like the must-have games that will sell a VR headset to people outside early-adopters.

The key word here is “upcoming” which provides other companies with room to sit back, observe, and get VR right when they launch. Xbox head Phil Spencer made the argument that if he wants to use VR today he’ll use his Windows PC. That will be the case for many who are interested in VR as that’s where most of the content is (partly due to PCs having the required power for developers to let their creativity flourish without as many constraints.)

In another opinion article, I argued Sony rushed the PS4 Pro to market before it offered enough of an upgrade to make it worth it and voiced concerns that delivering underwhelming VR content at this early stage could put a lot of people off. “I think we have to moderate the temperature a bit around where we are and not tell people this is the year of VR,” said Spencer in Giant Bomb’s E3 stream. He spoke about what he called an “over exuberance in VR” which put more interest in VR than “maybe the tech and experiences could deliver.”

VR on Xbox is coming, but when the content and technology is ready.

Not long after, game developers backed up my thoughts even going as far as to call the PS4 Pro ‘half-assed’. At the time, I was in the market for a PS4 and decided on the original model myself, and it seems most are making the same decision.

Waiting longer to launch updated hardware would’ve allowed the PS4 Pro to be closer to Microsoft’s recently-announced Xbox One X in spec and provided a more compelling upgrade for your average gamer with native 4K games and higher frame rates, while also offering more power for game developers getting started with VR on a console. Sony has put itself in a position where it now has a substantially less powerful console than Xbox – which Spencer sees as more of a competitor to the Xbox One S – and would have to release another console to match it or beat it that would annoy fans who’ve not long invested in a PS4 Pro.

Sony has committed to PlayStation VR titles being released on both the standard and pro versions of the PS4. A more sensible strategy, in my view, would’ve been to wait a bit longer to offer hardware more capable of 4K while also marketing it as the console you need for PSVR.

Xbox has said that games must be available for both the standard version of their console and the upcoming One X, but are yet to announce their VR plans. The company already marketed the One X as being ‘VR-compatible’ which leads me to believe that, when it’s ready, the company will announce VR support as exclusive to the One X and it’ll likely support whichever VR headset(s) on Windows emerge the most popular once the dust begins to settle.

Regardless of platform, most VR today still feels experimental and while that remains the case it makes more sense to focus on traditional games. Whether you think Xbox or PlayStation are doing this better in this regard is up to personal taste – we know Xbox had 42 games including 22 exclusives on its stage – but both conferences were back-to-back with a diverse range of games and it’s an exciting time to be an owner of both.

Looking at the PSVR content available today, however, it’s hard to justify the cost for many. If you’re not a PS4 owner already you’re talking around £600 ($765) for the console and VR headset before any games. Even if you are an existing PS4 owner, the headset is approximately £350 ($450). PSVR has reached one million sales – which is impressive – but little in comparison to the over 60 million PS4s sold.

You can bet many are waiting on more VR content and it seems like most of the good stuff, like Skyrim VR and Inpatient, is landing sometime next year which gives Xbox a large window to organise itself and really show off the power of its upcoming console with VR content that wouldn’t be possible on the current PlayStation consoles.

Before the company brings VR into the living room, it seems the company wants to ensure it’s wireless to enable freedom and a more immersive experience. “I think the cords are an issue. That said, the manufacturers that are out there, it’s great that as an industry we are investing. This is what the game industry should be about, investing in new technology,” explains Spencer

“We’re saying let’s stay more on the PC where we are seeing action and developer interest until we really get the art form of what it means to create great VR experiences,” he said. “And then it can go to more places.”

One of the biggest issues consumers have with today's VR is the wires. Once thought necessary to keep latency down, AMD, through its recent acquisition of Nitero, managed to eliminate noticeable VR streaming latency using 60GHz wireless (based on 802.11ad wireless) in combination with advanced phase array beamforming technology.

HTC has already demonstrated wireless VR with a proof-of-concept addon to the Vive which uses Intel’s version of a similar technology to Nitero called DisplayLink XR. The technology Spencer is looking for before deploying VR in the family room is rapidly approaching and the fact the Xbox is essentially now a Windows PC underneath should make adding support for a headset like the Vive to a powerful console like the One X relatively trivial when they believe the experience is worthwhile.

So there you have it, VR on Xbox is coming, but when the content and technology is ready. Anyone is welcome to buy a PS4 and PSVR headset today, but for many, the experience is not worth the cost and the cables are limiting. If you’re a PlayStation fan, you can bet plans for a PS5 with a wireless VR headset is in a pipeline document for the next couple of years on a Sony exec’s desk somewhere.

A console VR investment today is likely to be outdated very quickly with the current pace of innovations. More power and fewer wires are needed for a great VR experience, and that’s why Xbox are in no rush to compete this year.

Do you agree with Xbox’s approach to VR? Let us know in the comments.