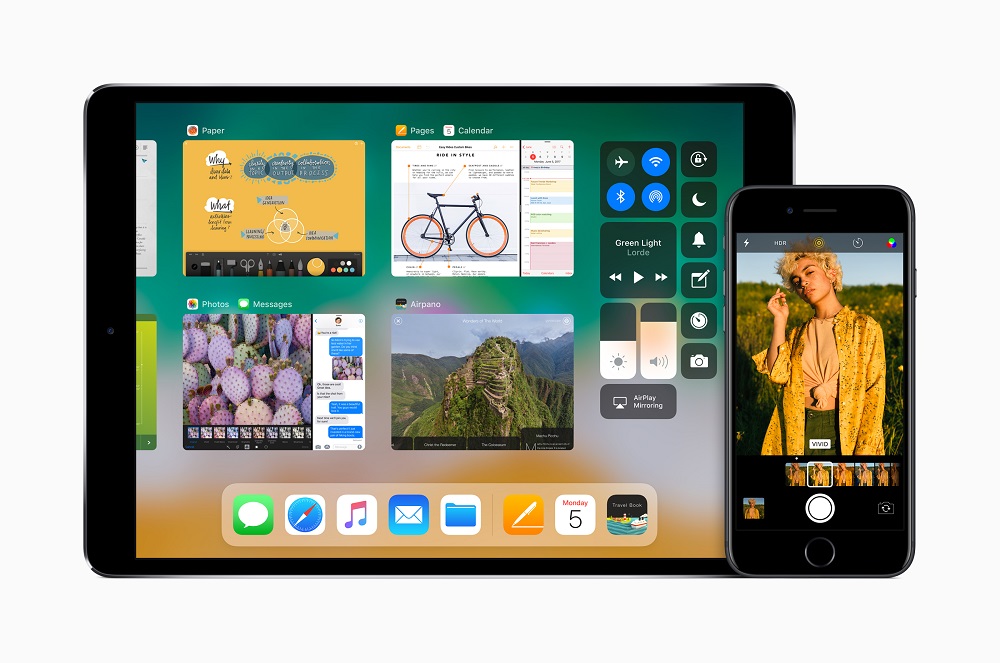 By Ryan Daws | 6th June 2017 | TechForge Media
Editor at TechForge Media. Often sighted at global tech conferences with a coffee in one hand and laptop in the other. If it's geeky, I'm probably into it.

Apple’s keynote at its annual WWDC event often leans towards consumer announcements, but that doesn’t mean there’s nothing for developers.

This year, the computing giant announced “the biggest software release ever” for iPad while also squeezing in a few iPhone features, improvements to macOS, a new product line in ‘HomePod’ which is somewhere between a Google Home competitor and Sonos rival, an interesting AR platform, and a machine learning API.

iOS 11 introduced many improvements for consumers such as a simpler way to multitask, a file management app, new dock, enhanced Apple Pencil support, document scanning in Notes, ability to access symbols from the QuickType virtual keyboard, redesigned App Store and Control Centre, AirPlay 2 to sync audio over multiple devices, indoor maps, and automatic Do Not Disturb while driving.

Most of these features and changes require little work on your part. One of the best new features, however, will require some work on your end to support it.

Drag-and-drop is finally supported between split-screen apps on iPad. This allows users to open a photo app, for example, and drag the content straight into an email or vice-versa. To support it, you will need to implement the API for system-wide integration.

This is now live in the latest beta of Xcode 9 which includes the iOS 11 SDK. An official video will be going live here.

The latest version of macOS has native support for High-Efficiency Video Coding (HEVC), an all-new file system, and an update to Metal, Apple’s low-level graphics API which powers everything from machine learning to virtual reality content creation.

It’s clear Apple doesn’t want to be left behind when it comes to VR with most current development focusing on Windows. Apple has now launched a dedicated Thunderbolt 3 external GPU dev kit with an AMD Radeon RX 580 inside the enclosure. It costs $599, which isn't too bad considering the card usually costs around $400 and it also comes with a $100 discount for a HTC Vive. Valve is currently optimising their SteamVR platform for macOS, according to Apple.

The new Apple File System (APFS) features enhanced performance, security, and reliability of data and provides a foundation for future storage innovations. It promises to make common operations such as copying files and directories instantaneous, help protect data from power outages and system crashes, and keep files safe and secure with native encryption.

Apple is utilising HEVC to enable high-quality video streaming on networks where only HD streaming was previously possible, while hardware acceleration on the new iMac and MacBook Pro delivers fast and power-efficient HEVC encoding and editing.

Apple has big ambitions for AR and we expect to see a big focus on this when the iPhone 8 is announced later this year. To whet our appetite, the company has revealed ARKit which is a dedicated API platform for augmented reality development.

Microsoft, Facebook, and Snap have been making their own waves in the AR space. Microsoft has been making noise about its HoloLens platform and manufacturers building Mixed Reality Headsets for Windows 10, while Facebook and Snap have launched developer-focused platforms which build upon the fun camera effects offered in their apps.

ARKit contains a variety of APIs for building augmented reality experiences and uses Visual Inertial Odometry (VIO) to accurately track the world around it. VIO fuses camera sensor data with CoreMotion data. These two inputs allow the device to sense how it moves within a room with a high degree of accuracy, and without any additional calibration.

Apple’s Craig Federighi boasts that because ARKit will be available across the iOS ecosystem, it’s “the largest AR platform in the world.”

You can get started with AR development in the latest beta of Xcode 9.

While rivals such as Google, Amazon, and Microsoft often perform machine-learning functions in the cloud because it makes it easier to update and improve their functionality, Apple prefers to keep things local, where possible, to help quell privacy fears.

Apple has announced their ‘Core ML’ framework which intends to speed up how quickly AI-based tasks are executed on iOS devices.

It can be used for:

Apple claims that image recognition on the iPhone will be six times faster than on Google’s Pixel as a result of its Core ML efforts. The framework supports  various types of neural networks (deep, recurrent, and convolutional) as well as linear models and tree ensembles.

You can find more information about Core ML here.

The latest version of WatchOS focuses primarily on consumer features but it does ship with one interesting new developer-focused platform.

GymKit allows the Apple Watch to interface with gym equipment to share data and provide intelligent coaching and encouragement personalised to users, along with monthly activity challenges. Data not previously communicated between smartwatch and fitness machine will sync seamlessly — including calories, distance, speed, floors climbed, incline and pace — resulting in the most accurate measurements possible with less device management.

This unlocks the potential for wearables and shows what they could be used for to have a significant impact on users’ lives. It’s easy to see this extended in the future to offer quick device linking and information directly to your wrist in other areas of life – such as live journey updates on a bus or train directly on your wrist by tapping a terminal when you embark.

WatchKit for watchOS 4 is available immediately for iOS Developer Program members at developer.apple.com

What are your thoughts on Apple’s WWDC announcements? Let us know in the comments.