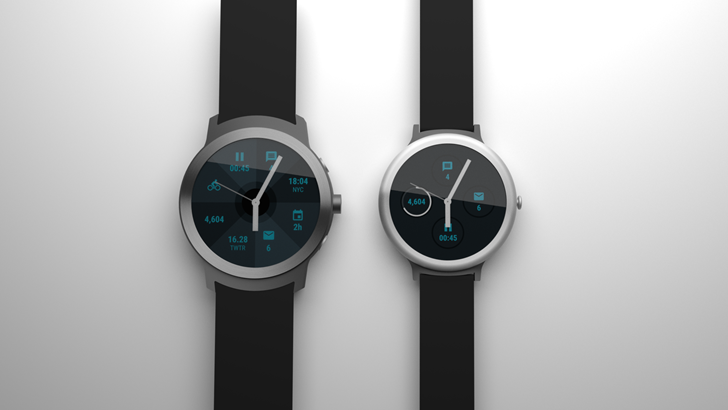 By Ryan Daws | 12th January 2017 | TechForge Media
Editor at TechForge Media. Often sighted at global tech conferences with a coffee in one hand and laptop in the other. If it's geeky, I'm probably into it.

The next major version of Android Wear is almost here, and Google has warned developers to update their apps prior to its launch.

Launching in February, Android Wear 2.0 will bring a host of overdue features to Google's wearable platform in the hope of giving it the shot of adrenaline it needs. According to IDC, in Q3 2016 smartwatch sales overall dropped 51.6 percent over the same period in the previous year.

This stagnation in the smartwatch market can be attributed to a variety of factors but it's primarily due to a lack of improved hardware, slow updates to software, and lack of obvious use cases beyond fitness tracking and quick access to notifications.

While it will be somewhat up to Google's partners to deliver on the hardware side, the last two factors can be tackled by Google itself.

On the OS side, Google will be making important advancements to Android Wear such as enabling smartwatches to be used without a smartphone attached through including the Play Store directly on the device. Other improvements will include an onscreen keyboard, Smart Reply support, full Material Design overhaul, and improved fitness tracking sensors.

Google has also confirmed it will launch Google Assistant on Android Wear devices soon. The clever AI, currently exclusive to Pixel devices and Google Home, should allow users to receive more concise responses to queries and enable control of the smart home. This will help to solve Android Wear's problem with obvious use cases that enhance people's lives.

Payments is another popular use case on rival wearable platforms from Apple and Samsung where Google needs to catch up. Although unconfirmed for launch, Android Police found evidence in Play Services 10.0 with messages like "Try holding your watch to the terminal again" which make it clear the feature is being tested but will require NFC-enabled hardware.

Also in the Play Services code is evidence of "Instant Apps" which allows users one-time download of apps if they do not wish to keep them on their device. For example, they may not want the Starbucks app cluttering their smartwatch day-to-day, but when they enter the store it could be downloaded temporarily so it's ready to add points to their loyalty card.

Google has sent a letter to developers providing recommendations on how to prepare for these changes ahead of the Android Wear 2.0 launch: 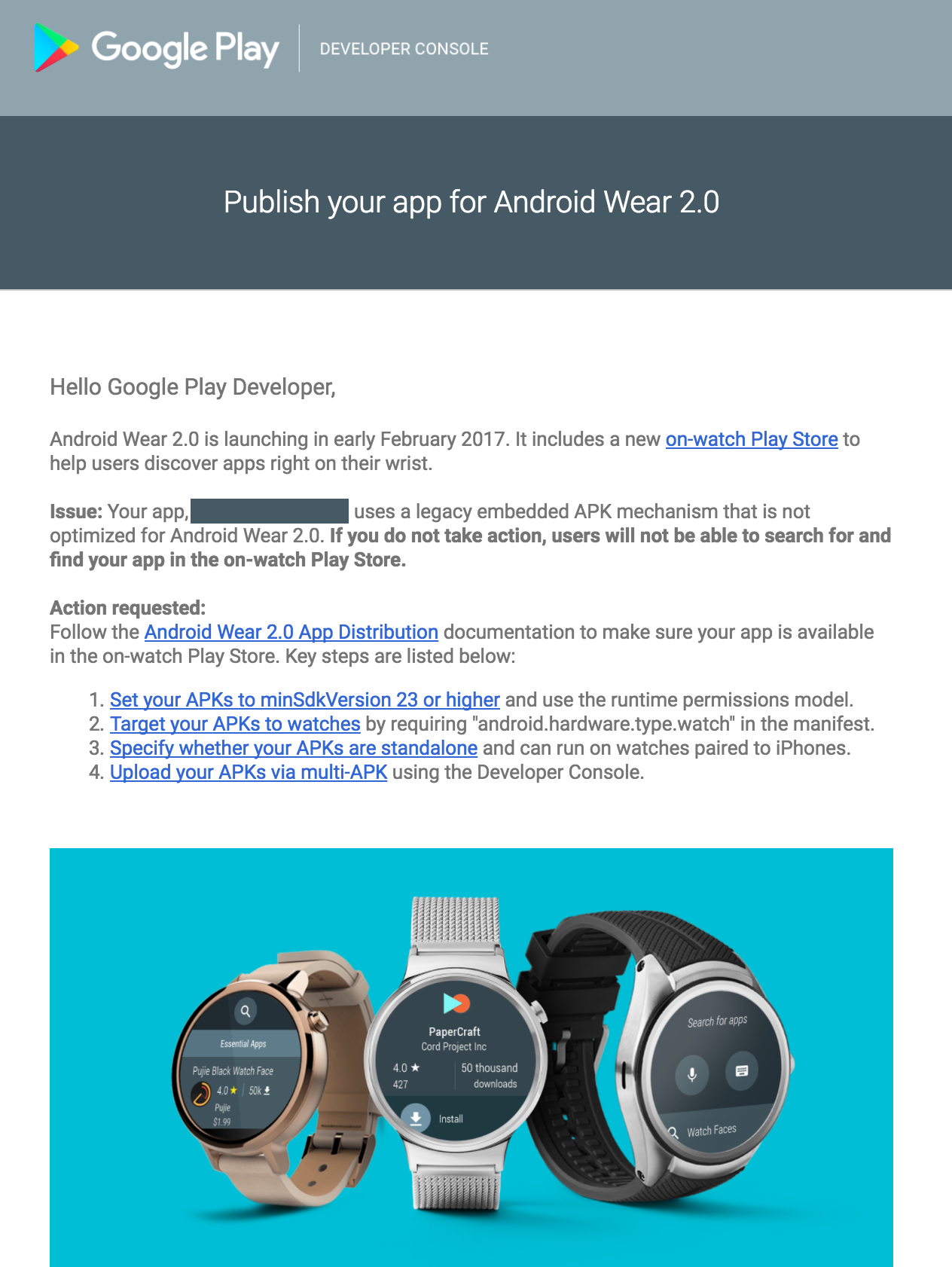 We've said it's up to Google's partners to deliver on the hardware side because as of writing that is the case, however, there are solid rumours Google will expand its own 'Pixel' hardware range with smartwatches for the first time alongside the launch of Android Wear 2.0.

Do you think Android Wear 2.0 will revitalise the smartwatch market? Let us know in the comments.