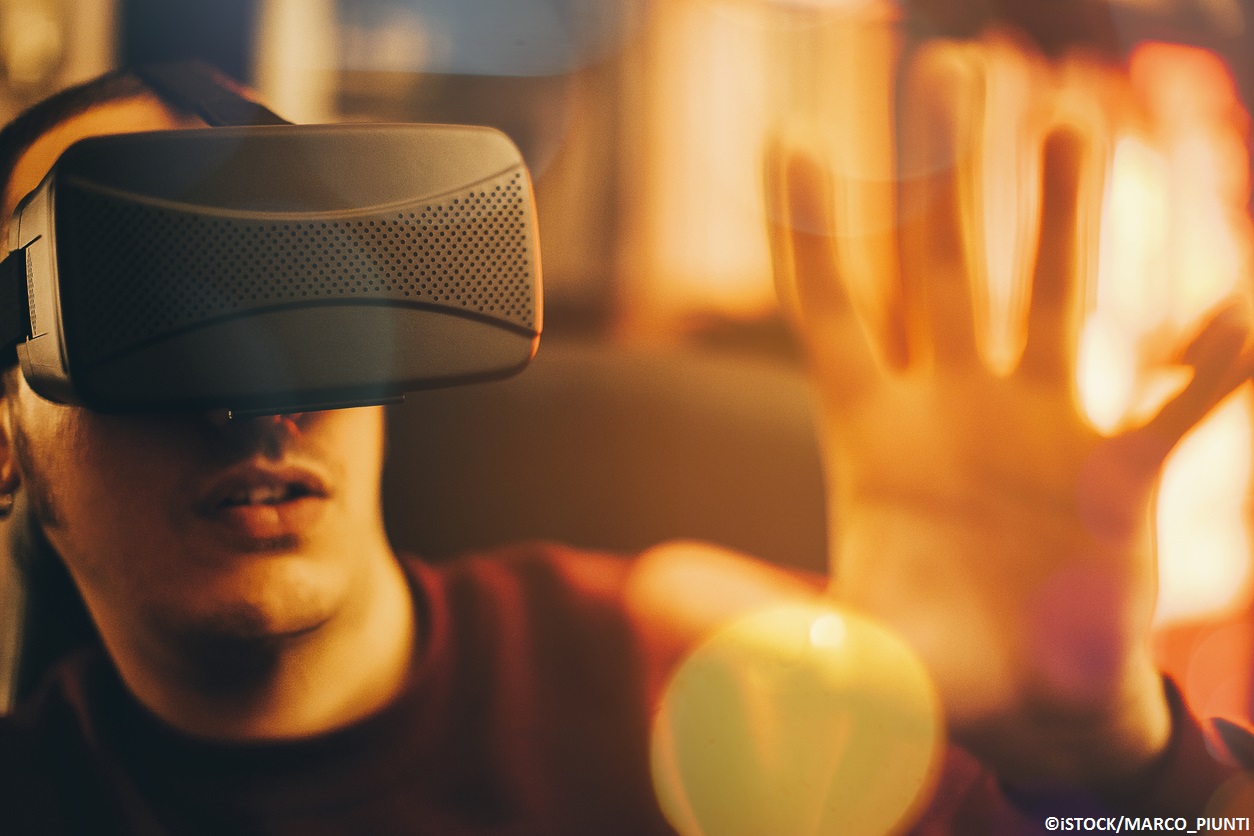 By Ryan Daws | 21st April 2017 | TechForge Media
Categories: Gaming, Industry, VR,
Ryan is an editor at TechForge Media with over a decade of experience covering the latest technology and interviewing leading industry figures. He can often be sighted at tech conferences with a strong coffee in one hand and a laptop in the other. If it's geeky, he’s probably into it. Find him on Twitter: @Gadget_Ry

The release of two separate pieces of research from the ESA and Newzoo has provided an interesting look at the state of the video game industry in 2017.

“The video game industry excels because it anticipates demand – giving people what they want before they realise they want it – and drives trends in entertainment and across countless other sectors,” says Michael Gallagher, President and CEO of the Entertainment Software Association.

In the ESA’s latest ‘Essential Facts’ 2017 report, it’s revealed that gamers now care most about the quality of the graphics. This is in stark contrast to the 2015 edition of the same report where the quality of graphics was ranked the sixth most important factor in a consumer’s purchase decision of a video game.

The graphics quality of games has been a big focus of media attention over the past few years – in particular between the same game on different consoles. Avid gamers will have lost track of the number of comparison screenshots and videos they’ve seen comparing the performance between multiplatform games on Xbox One and PlayStation 4.

This appears to have affected consumer mentality and now potential buyers seek the highest possible graphics quality from their games over any other factor. Gamers in 2017 prioritise visual fidelity over the game having an interesting story. Again, this is in contrast to 2015, when an interesting premise was the most important factor. Price in both reports has remained the second most important aspect when making a game purchase decision. 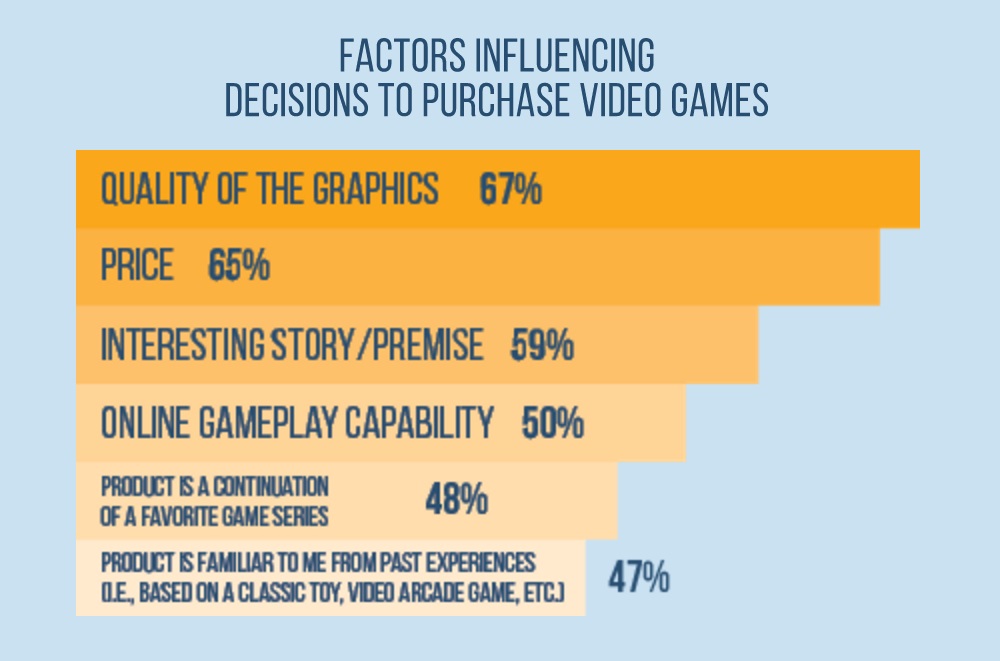 The importance of graphics quality and price is a likely factor in the market success of the PlayStation 4 over the Xbox One. Xbox titles have generally not performed as well as their PS4 counterparts, and the PlayStation Network is often regarded to have better discounts on games than on Xbox Live.

Based on these reports, the upcoming Xbox codenamed Project Scorpio has a high chance of success. Marketed as “The world’s most powerful console” and promising native 4K gaming, it will appeal to the majority of consumers looking for the best versions of their games. Microsoft should pay attention to its pricing, however, as it’s clear this will help to determine its success. The confirmed backwards compatibility with existing Xbox One titles should help boost its perceived value.

The company, and game developers in general, should also be careful of relying on historic franchises as just 48 percent of consumers say the game being a “continuation” of favourite game series is a factor influencing their purchase decision.

Nintendo should be wary of these results as the company admirably priorities gameplay over graphical prowess, but it’s clear this has become less important to gamers over the years. The company’s latest console, the Switch, can be used as a handheld so it may not be subject to the same expectations as its full-sized home competitors, but to ensure success the company needs to ensure the graphics of games released on their new system deliver alongside interesting stories.

Zelda: Breath of the Wild has been noted for both its graphics and gameplay so Nintendo has already shown it’s possible to deliver on both. Nintendo must continue with a strong line of first-party exclusives, however, as in the past it has suffered from underpowered consoles offering the worst performance of the three major console brands for multi-platform titles. The resulting lack of game sales forced some third-party game studios to pull their support from past Nintendo systems, and the company is at risk of this again if consumers aren’t happy with the first-party line-up and do not give more lenience of the Switch’s performance due to it also being a handheld console.

Above everything, gamers feel video games provide more value for their money than films and music. Games add interactivity on top of often impressive cinematics and soundtracks – so it’s a view that’s understandable. The most popular categories – shooter (27.5%) and action (22.5%) – often incorporate these Hollywood-like elements the most. Role-playing (12.9%) is the third most popular category and some games in the genre such as Final Fantasy are renowned for their music. 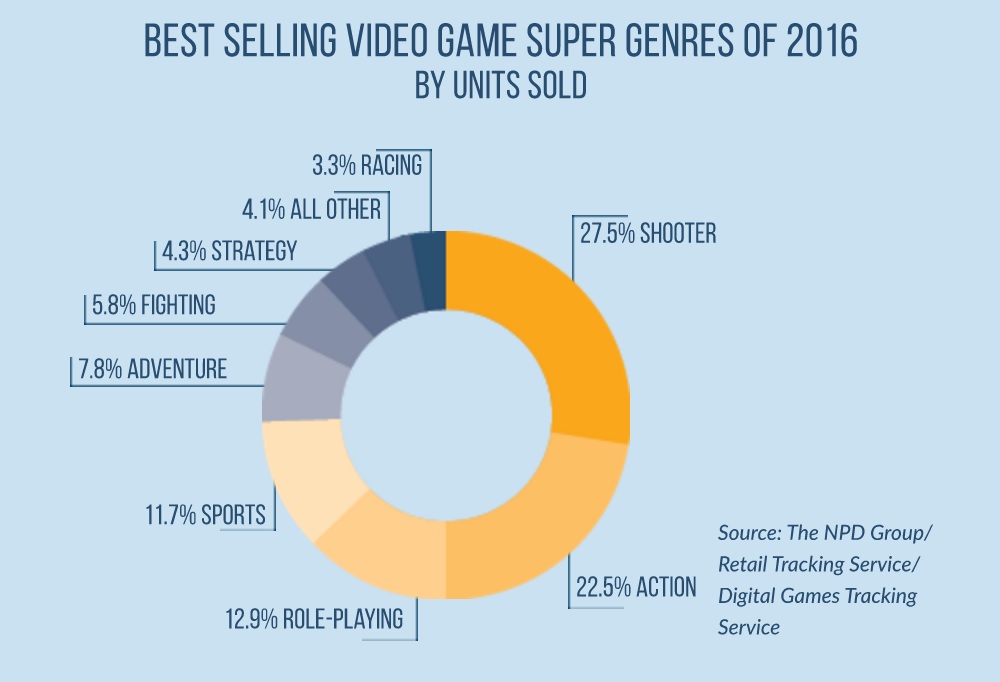 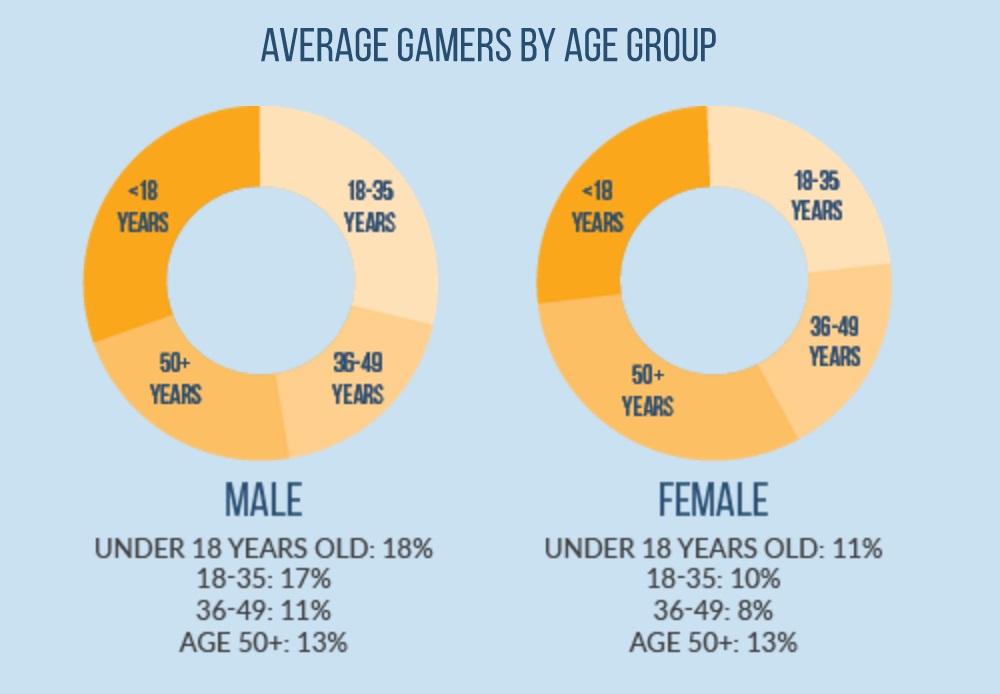 While ownership is currently low, there is significant interest from gamers in VR and over 90 percent of existing PC and console VR owners are satisfied with their purchase. Furthermore, one in three of the most frequent gamers said they were “likely to buy VR in the next year.” The most popular use of VR is to play a single-player (74%) video game; whereas just 38 percent use it for multiplayer gaming. 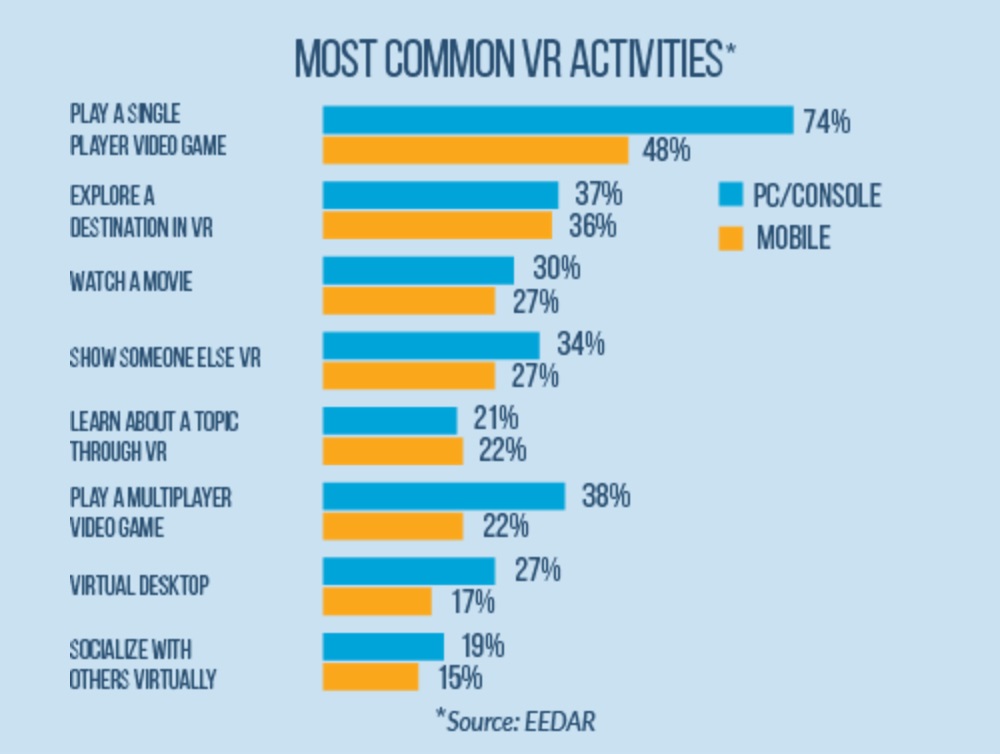 Overall, the consumer appetite for video games continues to grow. Around the world, video game spend is expected to reach $108.9 billion this year according to gaming intelligence firm Newzoo. “Mobile gaming will generate $46.1 billion this year, 42 percent of all global game revenues,” reads Newzoo’s latest report. This is followed by console gaming which is expected to generate $33.5 billion, and PC bringing $29.6 billion to the gaming industry’s economy.

“The console gaming segment performed better than expected in 2016, thanks to the embracement of a variety of digital business models by the console manufacturers, publishers, and consumers,” reads Newzoo’s report. “Microsoft and Sony generated more than $14 billion in combined revenues from first party games, third party game fees, and subscription revenues.”

It’s clear the video game industry is healthier than ever, but there are some trends here worth considering if you plan on developing a new title. Foremost is the importance of high-quality graphics – even more so than an interesting story. Games with some form of a multiplayer component are in demand. The average female gamer is older than the average male, and more males are frequent game purchasers. Shooter and action games remain the most popular genre by a wide margin. Finally, there appears to be growing interest in VR titles, but the safe bet would be to concentrate on single player rather than multiplayer experiences at this point.

You can find the ESA’s full report here.

What do you think are the most interesting trends in gaming? Let us know in the comments.