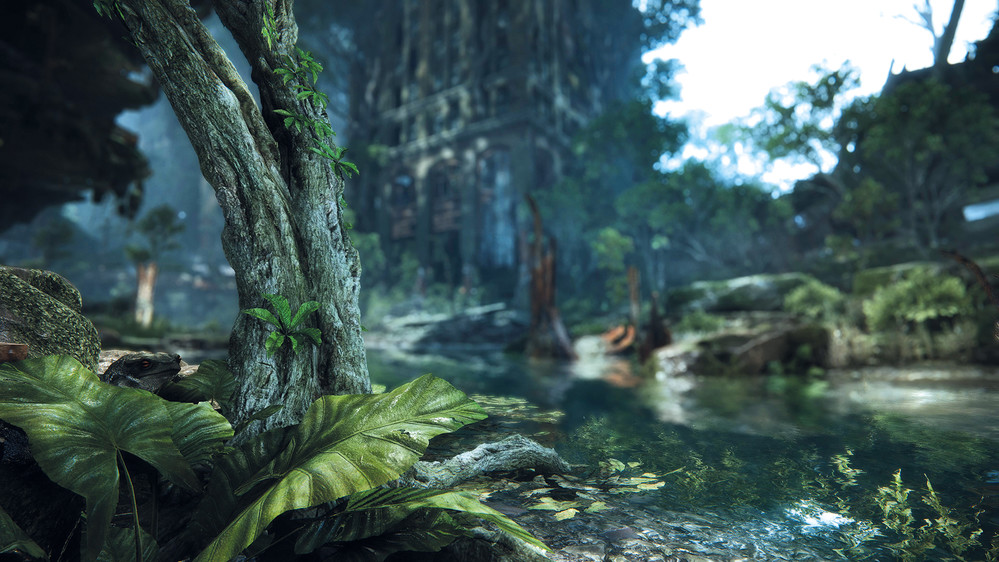 By Ryan Daws | 16th March 2016 | TechForge Media
Categories: Developer C# News. Read the latest C~ and developer technology news, insights, industry trends and research">C#, Development Tools, Gaming, Industry, Platforms, VR,
Ryan is an editor at TechForge Media with over a decade of experience covering the latest technology and interviewing leading industry figures. He can often be sighted at tech conferences with a strong coffee in one hand and a laptop in the other. If it's geeky, he’s probably into it. Find him on Twitter: @Gadget_Ry

Renowned game developer Crytek has unveiled CryEngine V which features a host of new features and “pay-what-you-want” pricing model to help anyone get started with creating similarly groundbreaking titles we’ve come to expect.

The biggest announcement is the new pricing model which follows the “free” model of Amazon’s recently-announced Lumberyard engine. This isn’t a complete surprise, considering Lumberyard is built from parts of CryEngine, but how many developers end up paying for the engine after they start making some money from their games is yet to be seen.

Crytek’s Founder, CEO & President, Cevat Yerli, said: “CryEngine V represents our commitment to not only offering developers today’s most advanced engine technology, but also to making it as accessible as possible.”

Microsoft’s upcoming DirectX 12 API is expected to bring huge performance advantages to PC games due to support for things like asynchronous shaders and multi-threaded command buffer recording. As of CryEngine V, support for DirectX 12 has been included which is especially beneficial to developers of games for PC and Xbox One due to sharing the same graphics API.

In line with the rest of the industry, Crytek is putting its weight behind VR with new tools and capabilities in the latest version of CryEngine. A new “Advanced Volumetric Cloud System” is optimised for VR to give clouds full 3D spatial rendering for higher quality with minimal performance hit. The engine supports PlayStation VR, OSVR, HTC Vive, and Oculus Rift.

A dedicated “VR Lab” was first launched by Crytek in Istanbul in January, followed by seven more opening in North America. The company’s first VR game, The Climb, is being developed in which you scale a stunningly-realistic mountain.

CryEngine V also heralds the launch of a new asset store, which is similar to Unity’s. Asset stores are invaluable when developing games as they help to reduce time to market through using assets from the community – particularly helpful for smaller game studios.

“The arrival of CryEngine Marketplace, the revamped engine UI, and new support channels will make it easier than ever to tap into the power of CryEngine – at a price that feels comfortable for each and every individual. Community is at the heart of our Pay What You Want Model, which we hope will foster closer collaboration between us and developers as well as developers amongst themselves,” said Yerli.

With CryEngine losing marketshare to engines such as Unity and Unreal, the folks at Crytek had to make radical changes. Hopefully the new pricing model and features will be enough to win over developers’ hearts (and wallets) so we get to see a CryEngine VI.

You can find out more information and grab CryEngine V from here.

How do you think CryEngine compares to other engines? Share your thoughts in the comments.