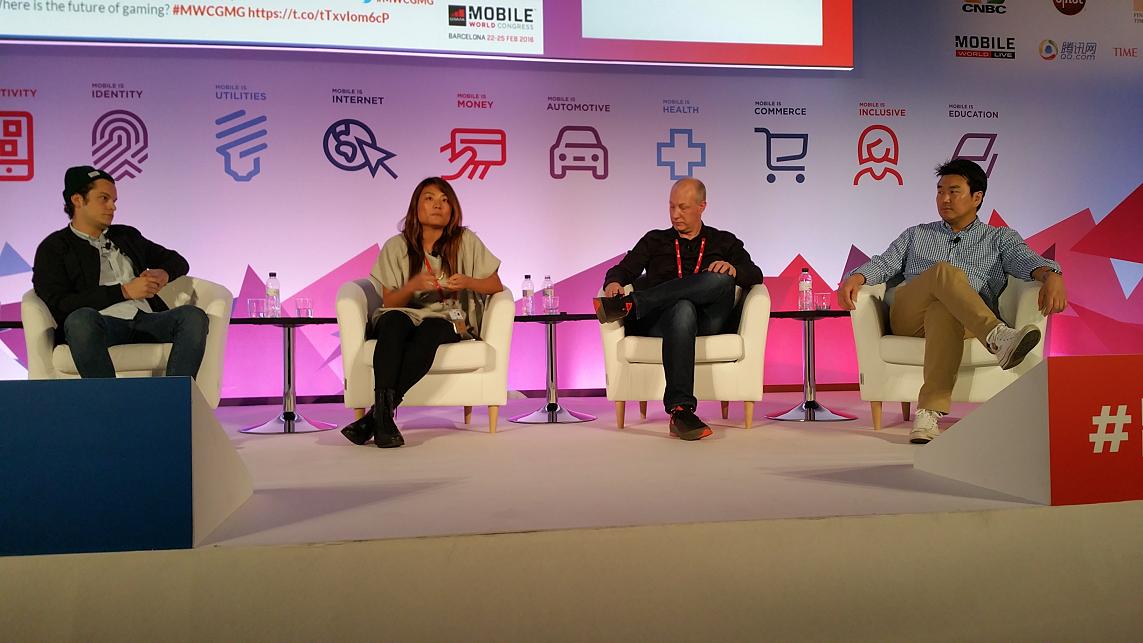 By Ryan Daws | 26th February 2016 | TechForge Media
Editor at TechForge Media. Often sighted at global tech conferences with a coffee in one hand and laptop in the other. If it's geeky, I'm probably into it.

During a panel at Mobile World Congress, four high-profile representatives in gaming spoke about how the game industry has evolved over the past few years.

When asked what’s happening in the gaming industry, Warman responded that “games have changed from just a game in a box, to a service which monetises continuously.” A clear example of this is console MMO hit Destiny, which became the most expensive game to make at $500 million (£300 million.)

This huge investment from Destiny’s publisher, Activision, came with a long-term plan to continuously build and improve upon the world to keep players hooked-into the experience rather than playing to an “endpoint” like traditional story-based games. Some franchises, such as Call of Duty and Assassin’s Creed, will release a sequel every year or two at significant cost to development time creating mostly new resources over a relatively short period of time.

Speaking from a publisher’s viewpoint, Lee says: “Each of these intellectual properties are owned by specific companies and perhaps they have a lifespan. You don’t play football for five years and then everyone drops it and go plays another sport, and that’s a challenge we’re thinking about, discussing, and trying to solve.”

“One of the ways we approach it is thinking about it as a very long-term lifestyle experience, we’re trying to cater for our audience over an extended period of time. Instead of saying someone’s going to play this for three years, our goal is to extend that experience and franchise out to five, ten, fifteen, twenty-five years. It will evolve over the years, but that core concept is able to be maintained.”

Nintendo famously tried getting creators of video content using its games to pay money for the rights, which had a huge backlash from the gaming community and caused them to revert their decision.

As what happened with Nintendo, and with Xbox when Microsoft announced DRM for the Xbox One, the power is very much in the consumers’ hands as the backlash can mean less sales and even the complete avoidance of a company in the most extreme cases.

“Even if a video game company would take control, they’re heavily incentivised to create a good user experience because once they make it bad then everyone’s going to leave for another game. People have that kind of power and influence over a game publisher, I don’t think any draconian measures are going to be taking place because it’s the players who vote with their wallet,” says Kim.

Lee speaks about changing demographics, and the impact of mobile: “Let’s say 20 years ago, when you think of gamers it was a bunch of geeks in their rooms playing PC games – it was a very narrow group of people. With this convergence and advancement of business models, what you’re seeing is that explosion of demographic outside that core group. It’s one of the fastest growing industries in the world because of that massive explosion of the audience base – it’s happening because of mobile devices particularly.”

Mobile is an interesting subject, because the impact that it’s having on gaming is staggering. You hear game developers touting “console quality” a lot, but mobile GPUs have overtaken the performance of previous generation consoles and will overtake this generation by next year going by their current traction. This performance advantage, plus the debut of new interaction technologies such as VR, should be a concern to console manufacturers as we posted in an opinion article last week. “The console market needs to understand the very real threat mobile titles are bringing to the market,” Lee agrees.

Who should be most concerned, however, is retailers. More games are now available digitally than physical, which is especially true for indie developers who cannot afford the large costs of releasing their game to retail. Some console gamers still prefer to have a physical release for their collection, but when it comes to mobile you don’t even have that option.

“In terms of the type of consumer you’re targeting; it’s not just the Call of Duty 16 year old geeks, male, who are sitting in their parents’ basement. Now it’s every one of us,” says Kim, before asking everyone who’s played a game on their mobile to raise their hand. Of course almost everyone raises their hand, and Kim goes on to say “even those who haven’t, I bet you have a son or daughter who play on their phone or tablet way too much.”

Through mobile you can reach new gamers anywhere, and that’s changing how games monetise. “The way they [publishers] have to do business, in terms of getting to a new consumer and building that relationship, is now vastly different. They have to figure out at what point a consumer is going to make a purchase; which isn’t necessarily at the point of sale, but could be anytime during the game itself. Then how are you going to even get the consumer to download this game to begin with? Now it’s not at a store – they could have seen it on TV, heard it from a friend, watched a YouTube video, or watched it via a stream.”

Lee explains further: “Today, with the proliferation of all the various touchpoints which allow direct interaction with your consumer base, we are shifting towards a ‘brand’ creator where it’s not just about making a game you go play; we’re creating a world, an ecosystem, an environment upon which our end-users can go play, go experience, go watch, go buy, go donate, go participate.”

Millennials in particular are watching less broadcast TV and more content via on-demand and live streaming platforms. For advertisers, millennials are important to reach because they often influence purchase decisions. In order to reach this generation, advertisers have started to put large amounts of cash into streaming platforms and supporting eSports.

Advertising isn’t the only business model for developers, as Lee explains: “From our perspective, I think we’re just scratching the surface of the various monetisation opportunities around these brands and worlds that we create. Advertising is an obvious choice, but for those of us who do free-to-play games or games-as-a-service there’s various ways to monetise within the game itself. There’s a whole suite of merchandising, video creation, books, comics, you don’t have to look too far.”

On video creation, Warman adds his thoughts: “Gaming originates from being interactive. Minecraft still has more than four billion views per month on YouTube, there’s not even four billion people on the planet at one time on a connection. Already it’s proven that creating video content is able to work very well. The movement the other way round – from traditional media – is they all want to be more interactive.”

Where do you foresee the game industry heading in the coming years? Share your thoughts in the comments.