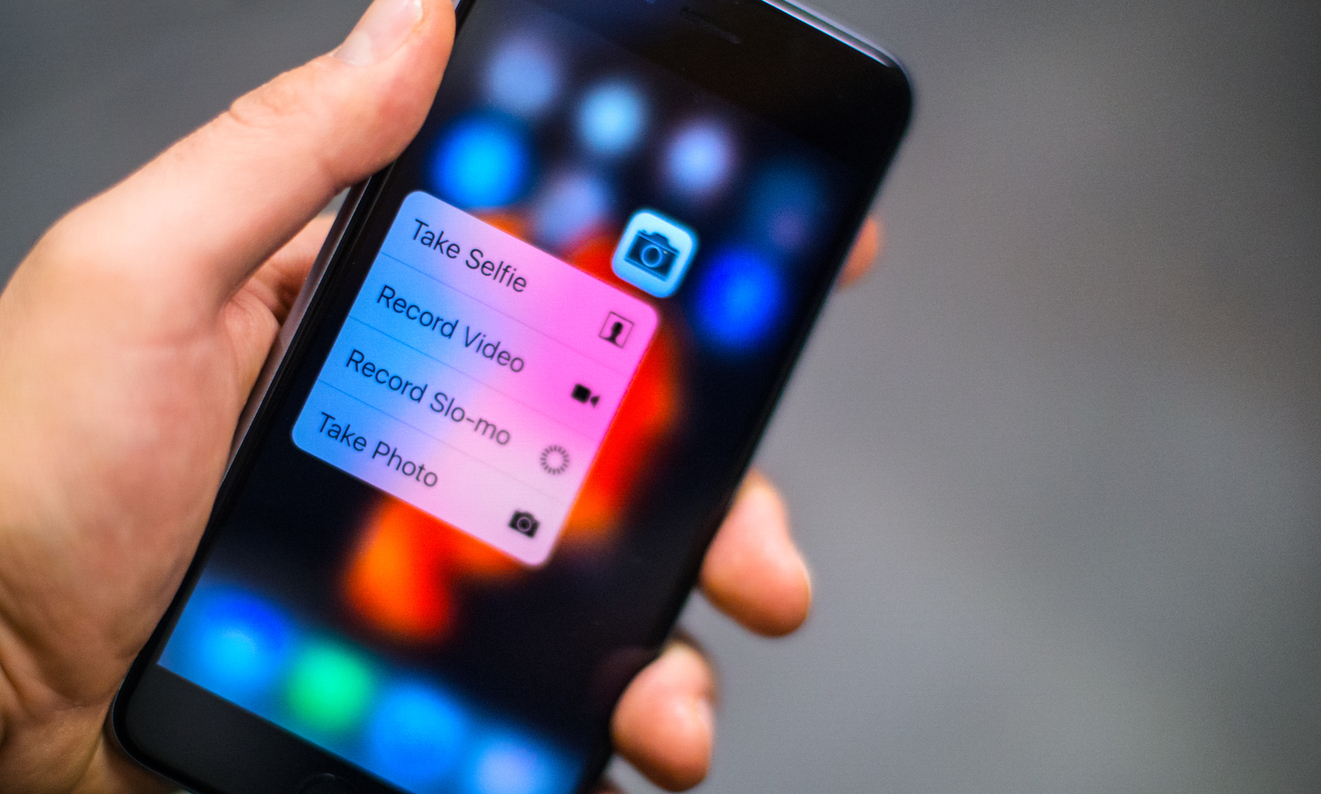 By Q Manning | 13th December 2016 | Rocksauce Studios http://rocksaucestudios.com/
Categories: Industry, Platforms,
Q Manning is CEO of Rocksauce Studios, which crafts custom mobile apps for all platforms. You can find him hanging out in the Rocksauce creative loft, drinking coffee, or singing karaoke.

Apple has long been at the forefront of minimalistic, user-focused design. Back in the ‘80s, Steve Jobs created the Macintosh computer with a single button, bringing to life an aesthetic trend that continues to this day.

To add the functionality once provided by additional buttons, Apple installed 3D Touch into the iPhone 6, which provides a z-axis to user control using pressure sensors to determine how firm or light your touch is. Facebook Messenger has already jumped on the bandwagon of this new dimension, implementing the feature into its latest iOS update.

The push to smaller and more mobile computing devices is forcing developers to focus on creating a more seamless user experience, allowing for intuitive control options that were previously considered unusual alternatives. As this push for minimalism continues to move forward, what will be the next frontier in our button-free westward expansion?

The New Standard of Control

Voice recognition is hardly a new technology, but its use was stunted by the lack of intuitive voice controls. It was developed with an old state of mind, but it’s improving. Once users can accomplish more with their voices in an application, it becomes a more seamless experience, as Siri proved for the iPhone.

Now, with the addition of 3D Touch, users can accomplish tasks much faster — once the learning curve is overcome. Developers can make this transition easier with visual language that walks users through hidden functionality.

A delicate balance must be reached between providing clear instructions and uncluttered interface options to make this work. Enabling the highest possible efficiency in these apps will help to lure and retain savvy users.

App designers can maximize the value and user adoption of their efforts by considering these high-tech smartphone functions into their designs:

3D Touch — As Facebook showed with its investment in the technology, developers should ensure they’re utilizing 3D Touch, not only for quick access of features in their app icons, but also to give additional functionality to items within the app.

Voice Recognition — Voice recognition needs visual cues and audio prompts to confirm or reject a user’s input. Users should be aware that the technology has been engaged, and for those using it, simple cues can make it much easier to navigate through the app on the go.

Optical Recognition — Optical recognition is definitely on the frontier’s edge. But further development will allow its deployment to be seamless without active user engagement. In its current form, optical recognition technology may seem more arduous than normal text input, but creative implementation by the right team could send your product’s efficiency through the roof. Managers and developers should cozy up to their research and development teams if they’re looking to steer toward the cutting edge.

With 3D Touch, Apple created the touch-sensitive version of the right click. On the Apple Watch, it provides additional context-sensitive menus. On the iPhone, it allows app previews and menus without even needing to access them.

These are only some of the powerful tools smartphone manufacturers are providing for users to navigate and interact with apps and the internet. As users continue getting more used to alternative inputs, it will quickly become a necessity in programming.

Want to stay ahead of the game? Start yesterday.

Do you plan to use any of the control options in your apps? Let us know in the comments.