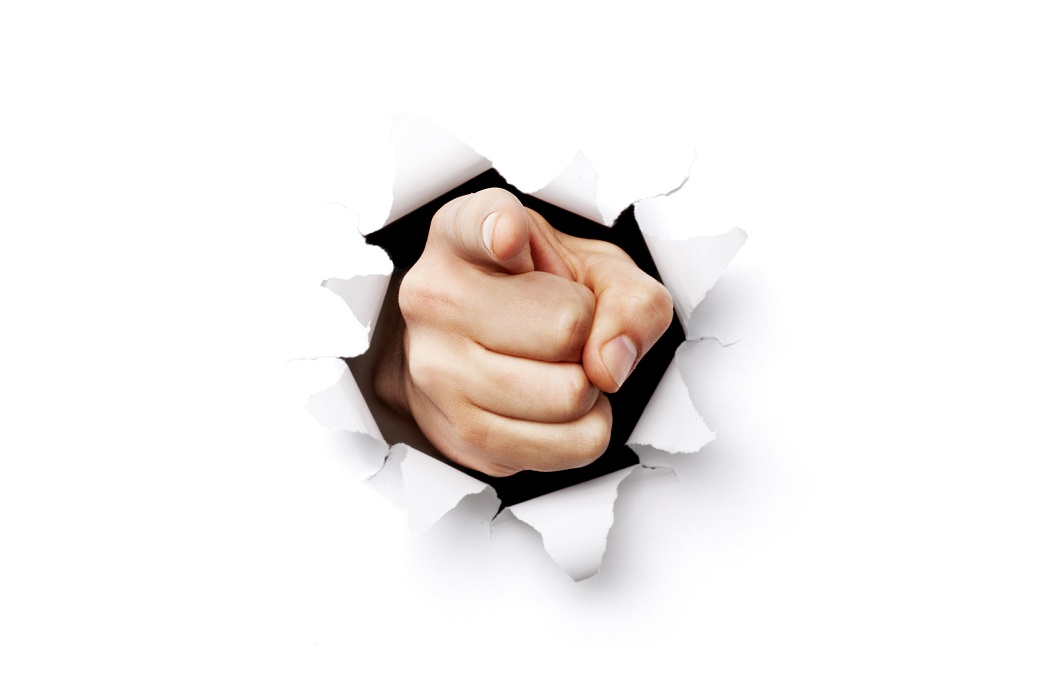 By Ryan Daws | 11th August 2016 | TechForge Media
Categories: Advertising, Industry, Microsoft, Mobile, Platforms,
Editor at TechForge Media. Often sighted at global tech conferences with a coffee in one hand and laptop in the other. If it's geeky, I'm probably into it.

The founder of AdDuplex – the company behind 'AppRaisin' for Windows 10 – has called out Microsoft on its mobile strategy alongside the announcement it has ceased active development on its popular software.

Alan Mendelevich, who founded AdDuplex in 2011, wrote on his blog yesterday to detail his reasons for no longer focusing on AppRaisin development and spoke bluntly to Microsoft in a section titled "What went wrong".

"Quite a few points below will look like I’m assigning blame (primarily on Microsoft). And, on the one hand, I am. I am convinced that a lot of things they said and did (or in many cases didn’t do) affected a lot of Windows developers dramatically," Mendelevich wrote.

'Strategy' is mentioned a lot in the post, or the lack of. Mendelevich says there either isn't one, or that it's "so deep and forward-looking" that he fails to understand it.

AdDuplex's team worked on a couple of assumptions – one which Mendelevich admits was just based on common sense, and the other was from Microsoft's own words.

Starting with the assumption based on common sense – AdDuplex believed Windows 10 Mobile would launched in November 2015, or December at worst. Although Windows 10 handsets went on sale in November, upgrades to existing handsets didn't start rolling out until March 2016.

Where the AdDuplex team felt most let down, however, was the lack of truth in the words of Microsoft's Executive Vice President of the Windows and Devices Group, Terry Myerson, when he said at Windows 10's unveiling: "We will also be making available a free upgrade to Windows 10 to ALL devices running Windows Phone 8.1"

After months of rumours that only the Lumia range would get the update, or devices over 1GB of RAM, or with particular operators, Microsoft released a list of the limited handsets which could get the update in March. The most popular Windows Phone, the Lumia 520, wasn't getting the update and nor was most of the Windows Phone 8 flagships. This not only annoyed consumers, but significantly reduced the already small market of potential mobile customers for developers.

Of those which could get the update? Rather than a standard update method, a special app was needed to be downloaded in order to upgrade. AdDuplex released this chart showing what this has all meant for Windows Phone market share: 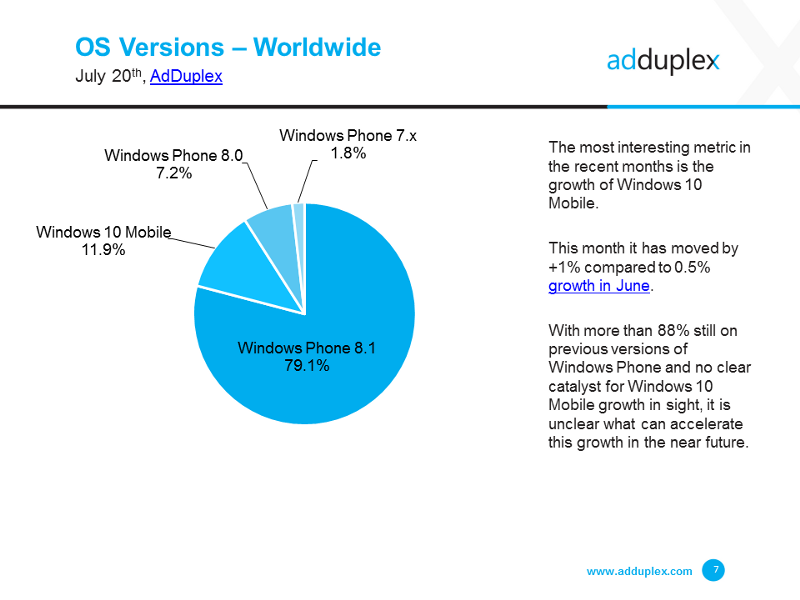 As highlighted in the chart, Windows Phone 10's adoption has moved one percent compared to 0.5% in June. The concern for any Windows 10 developer is there's no clear strategy in sight to significantly boost this adoption. Microsoft itself also seems to be more focused on improving the company's presence on Android and iOS rather than fixing its own platform.

The situation on desktop is much better in terms of adoption, with an often criticised aggressive push from Microsoft leading to a ~350 million install base. Despite the installs, few users are using the Windows Store to download UWP apps. Everyone knows mobile is where it's at, with 80 percent of AppRaisin users accessing from mobile despite being a universal app.

"Looking at our numbers from this perspective we have around 20,000 monthly active users on a platform that was under-delivered to its modest potential to the tune of 7:1. Meaning that in the alternative universe where Microsoft kept its promise to upgrade all Windows Phone 8.1 devices to Windows 10, we could have had close to 150,000 MAU with the same effort," Mendelevich explained.

The post offers an interesting look at what it's like to be a popular Windows 10 app developer, and how Microsoft has completely mishandled their mobile strategy. As for the future of AppRaisin, it will continue to be supported but not longer actively developed unless they find a suitable partner who can take it forward. If that could be you, the company wants you to reach out to alan@adduplex.com

What are your thoughts on the Windows 10 strategy? Let us know in the comments.