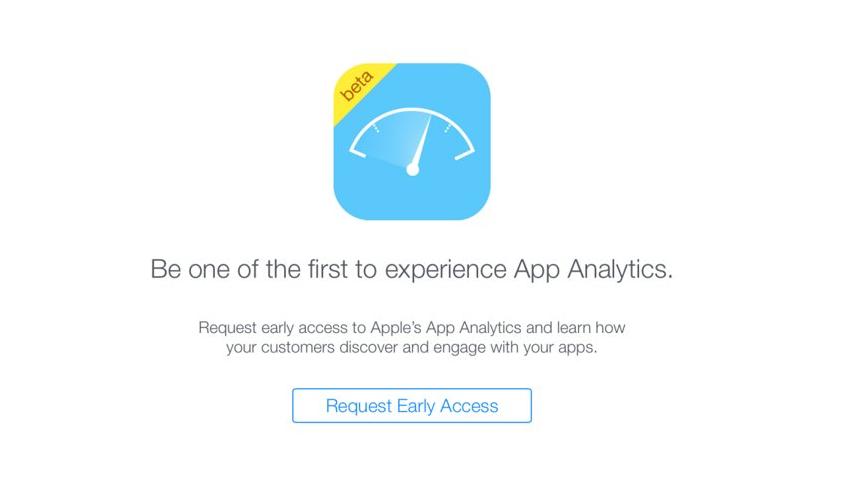 By Ryan Daws | 1st May 2015 | TechForge Media
Editor at TechForge Media. Often sighted at global tech conferences with a coffee in one hand and laptop in the other. If it's geeky, I'm probably into it.

Back at WWDC, Apple promised a new analytics app which can monitor your apps performance in the App Store to help provide deeper insights about what is working and what could do with taking a second-look at what elements can be improved for better success.

Some developers have received emails alerting them to the launch of the ‘App Analytics Beta’ app which fulfils Apple’s promise. It shows how many (potential) customers have opened an app’s listing in the store, check in-app purchase sales, create custom campaign links and follow the success of marketing campaigns, how often users have opened the app, how well it is selling, and more.

Whilst other analytics services are available, they don’t have the same level of access and amount of data to analyse which Apple does. Therefore, most third-parties will only offer vague insights which are based on a lot of guesswork and not necessarily representative of how the app is actually performing in the store.

Unlike with the use of competing solutions, developers who use the new Apple App Analytics service also won’t have to write code or update their apps. Instead, once granted access, they’re able to view their analytics data right away directly from the iTunes Connect homepage.

In the email, Apple writes: “We’re offering access to the App Analytics beta on a first-come, first-served basis. Sign up below and we’ll send you an email as soon as it’s ready for you.”

This indicates that a full-launch is still a while off, whilst a gradual roll-out is underway. Some developers are reporting being able to access the app, but no data is available yet for use which makes for a pointless exercise.

Apple acquired app analytics specialists, Burstly, last February and it was only a matter of time before Apple started to offer the analytics tools (TestFlight and FlightPath) it got in the deal. In January the TestFlight team at Apple said they would be shutting down the old TestFlight in Feb to make way for the new analytics tool from Apple.

Those with an iTunes Connect account can reach the App Analytics beta sign-up page using the direct link analytics.itunes.apple.com.

Would you prefer to use Apple’s analytics tool or a third-party solution? Let us know in the comments.