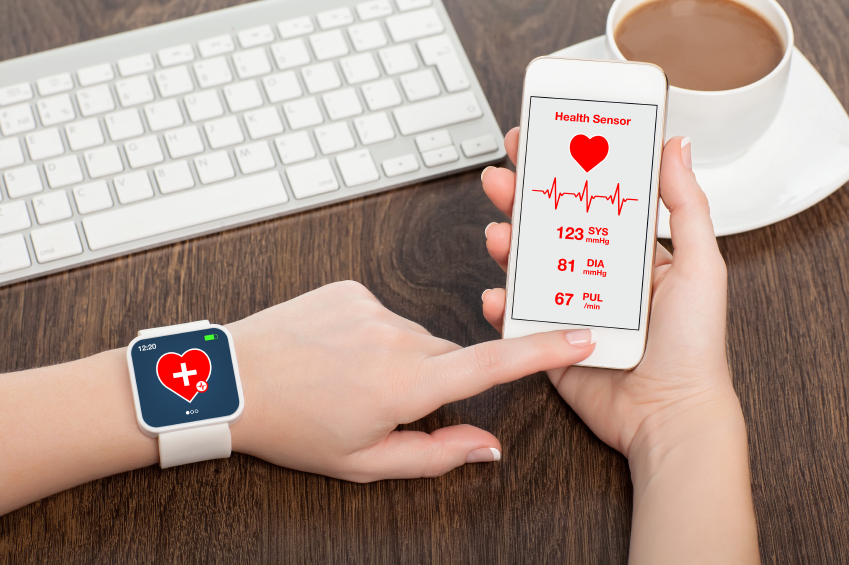 By Jenni Birch | 11th March 2015 | TechieDoodlers
Jennifer Birch has been covering various technologies, innovations, and sci-fi news since 2010. Her passion led her to attend, and be invited to various tech, mobile events and conferences worldwide. Currently, Jenni is working on the future trends of embeddable technologies and cyborgs. Follow her passion and adventures on Twitter.

Despite their popularity, wearables will not be able to replace smartphones anytime soon. A study by the researchers of the University of Penn Medicine revealed that the applications on smartphones are as accurate as the health tracking features of wearable devices.

The research was undertaken with 14 participants who tested 10 of the best-selling smartphone applications and handsets in the United States. The researchers asked them to do 500 and 1,500 meter walks on a treadmill twice while recording their step counts using different wearables and smartphones. The aim of the research was to find out the accuracy and effectiveness of wearables in monitoring health and providing data compared to the smart handsets today.

“We found that smartphone apps are just as accurate as wearable devices for tracking physical activity,” said Meredith Case, lead study author and medical student at Penn. “Our findings suggest that smartphone apps could prove to be a more widely accessible and affordable way of tracking health behaviors.”

Case added that there are currently 65% of American adults that carry a smartphone, while only 2% own a wearable.

Demand for wearable devices continue
As wearables become the center of most tech events and one of the most innovative pieces despite their continuous development, consumers are becoming more interested in this new form of technology. In fact, Gartner revealed that 50% of those who are considering purchasing a wearable will opt to get a smartwatch rather than a fitness band. “[This] will be driven by an overlap in functionality between smart wristbands, [and] other wearable fitness monitors and smartwatches,” the report by Gartner documented.

It may be popular for tracking health, but wearables are now also commonly connected to the gaming world. This is due to the fact that many tech and gaming giants are looking to maximize its potential, while many developers are now focused on producing apps for these devices. With the launch of the Oculus Rift and other VR headsets such from Microsoft and Sony, applications that maximize virtual reality will turn gamers into smart headset fans.

Wearables are still lacking business factor
Apart from tracking health and featuring games, wearable technologies are also being tested for their potential in revolutionizing businesses. As smartphones and tablets become powerful technologies, it paved the way for businesses to allow their employees to remotely continue their job wherever they go.

Wearables are also seen to be the next technologies that will revolutionize the business world through the process experts dubbed as ‘Bring Your Own Wearables’ (BYOW). Telefonica’s Alyson Edmunds wrote on the O2 Business page “many organizations are still searching for that one killer business benefit that will bring wearables into the enterprise movement.” It is the lack of security, complexity of which wearable to use, and privacy that stops most organizations from adopting the trend.

Although corporations are still looking for the real benefits of these technologies to their offices, some industries find it a great help to their professions, such as rail engineers for locating problem sections of the track quickly, as well as police officers in recording real-time situations.

Most wearables are still dependent on smartphones to perform their mobile features. However, there are some smartwatches on the market that can be standalone devices. Since it’s only viewed as an accessory to the handset, most consumers (despite their fascination with the innovation) will opt not to get one for because of their expensive price.

Will you get a wearable soon or wait for the next big revolution? Let us know in the comments.