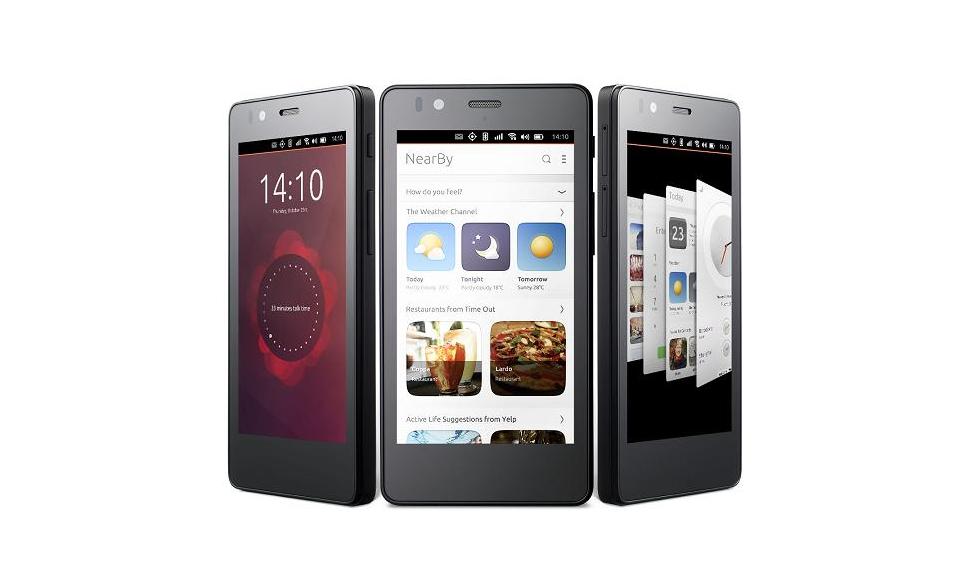 By Ryan Daws | 6th February 2015 | TechForge Media
Editor at TechForge Media. Often sighted at global tech conferences with a coffee in one hand and laptop in the other. If it's geeky, I'm probably into it.

Ubuntu, the world’s most popular Linux distro, is bringing its open-source expertise to mobile with the launch of its first smartphone. The device will be hitting the European market next week as the ‘Aquaris E4.5 Ubuntu Edition’ for €169.90, and is manufactured by Spain-based BQ.

Canonical, the company behind Ubuntu, attempted to break the smartphone market once before with the ‘Ubuntu Edge’ but failed its $32 million crowdfunding campaign. At the time, Canonical decided to push the high-end smartphone as a powerful phone which once docked with a monitor, mouse, and keyboard could turn into a desktop PC.

The device features a five megapixel front camera, and a eight megapixel rear camera which is also equipped with high-quality BSI sensors and a Largan lens. It features a MediaTek Quad Core Cortex A7 processor which runs at up to 1.3 GHz with 1GB RAM.

In a briefing with Cristian Parrino, VP of Mobile at Canonical, and Rodrigo del Prado, Deputy Director General of BQ, we heard why the two partners feel now is the right time for Ubuntu to attempt another play into a difficult market led by two beloved operating systems.

The plans for Ubuntu’s mobile OS sound familiar, to Windows Phone. Canonical has a vision of “convergence” across its desktop and mobile versions to work seamlessly across form factors and allow for developers to reach both users with few changes required to their code.

Microsoft, as you will be aware, has struggled to deliver on this promise with Windows Phone and has failed to grasp the hearts of both developers and end-users as much as iOS and Android. So why would Ubuntu find more success? For one, the number of apps brought to the platform should be much higher…

Ubuntu has spent a couple of years stripping Android and implementing its own tech to allow the OS to remain updated. The OS is essentially split into three parts behind-the-scenes for your device manufacturer, carrier, or Ubuntu themselves to deliver important updates fast without the need for testing each time (which leads to the significant delays found on Google’s platform.)

Also, for developers, it is easier to bring their apps to Ubuntu’s mobile OS thanks to Canonical providing QML widgets which allow for rapid development of UIs optimised for smartphones. The OS also has the advantage of being able to run web apps and therefore any HTML5 will be able to work on the company’s devices.

For users, Ubuntu’s OS offers a unique take on a mobile operating system different from the app-focused experience of its rivals. ‘Scopes’  are a reinvention of the mobile UI which present a new way to rapidly and visually access services directly on the home screen instead of burying content within multiple apps in an icon grid.

“Ubuntu presents users with an entirely different way to engage with their devices – Scopes guide you to content you want – in the same way you think about it – to deliver a smooth, engaging experience,” says Cristian Parrino, VP Mobile at Canonical. “For developers, Scopes are a much simpler and more valuable way to build mobile experiences than apps – significantly changing ecosystem dynamics.”

Scopes are easy for developers to create using a UI toolkit with much lower development and maintenance costs than traditional apps. Canonical and BQ have worked with a host of partners to ensure that there is a wealth of interesting, relevant and dynamic content available at launch to make the platform feel alive for early-adopters.

Update: Carriers offering the Ubuntu phone include giffgaff in the UK, Three in Sweden, and Portugal Telecom.

Are you interested in Ubuntu’s smartphone OS? Let us know in the comments.