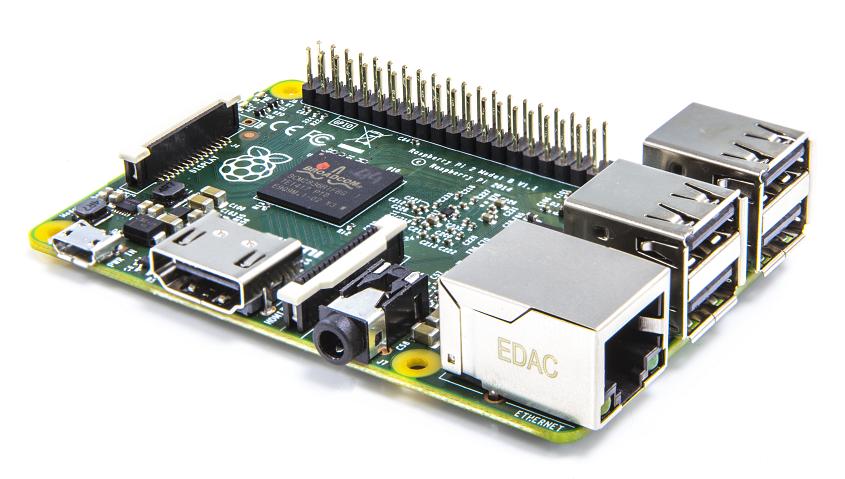 By Ryan Daws | 2nd February 2015 | TechForge Media
Editor at TechForge Media. Often sighted at global tech conferences with a coffee in one hand and laptop in the other. If it's geeky, I'm probably into it.

The successor to the world’s favourite tiny computer, Raspberry Pi, has defied Moore’s Law which predicts the amount of transistors on a processor chip will double every couple of years. In fact, the Pi v2 has six times the processing performance of its predecessor thanks to a new quad-core ARMv7 processor running at 900 MHz.

We’ve witnessed the “stripped-down computer” become a credit card-sized PC which can stand on its own and deliver some admirable performance. The savvy DIY enthusiasts from tech magazine, Make, went hands-on with the new Pi and were able to concurrently slice an STL, browse the internet, run the photo editing software GIMP, play Minecraft, and keep several system-monitoring terminal windows running at once.

It’s a great opportunity to plug in to Microsoft’s work with makers, and access to the Visual Studio toolchain is a plus.

Previous versions of the Pi have been used for a variety of uses by tinkerers and coders; but its biggest consumer-use was as a cheap media center. With the performance gains offered by version two – along with following industry trend – this version of Raspberry Pi is set to be used for cheap home automation purposes.

Last year, Microsoft announced it will be making Windows free for devices under 9″ and referred to a new version as “Windows for the Internet of Things“. Today, the Redmond-based giant announced that the upcoming version of its operating system, Windows 10, will indeed be coming to the Raspberry Pi 2 free of charge.

Microsoft wrote on its developer blog:

We see the Maker community as an amazing source of innovation for smart, connected devices that represent the very foundation for the next wave of computing, and we’re excited to be a part of this community.”

This isn’t the first time Microsoft has supported the maker community; a distribution of Windows is available for the Intel Galileo. However, the Galileo doesn’t have display support, it only has 256MB of RAM on board, and the distribution is a heavily stripped-down version of Microsoft’s operating system.

Time will tell if the Windows distribution for Raspberry Pi 2 is similarly stripped-down, but it appears a strong partnership is forming between the two companies. Eben Upton, CEO at Raspberry Pi, says: “We’re very happy to be supporting Windows 10 on Raspberry Pi. It’s a great opportunity to plug in to Microsoft’s work with makers, and access to the Visual Studio toolchain is a big plus.”

Do you have any plans for a Raspberry Pi 2 project? Let us know in the comments.