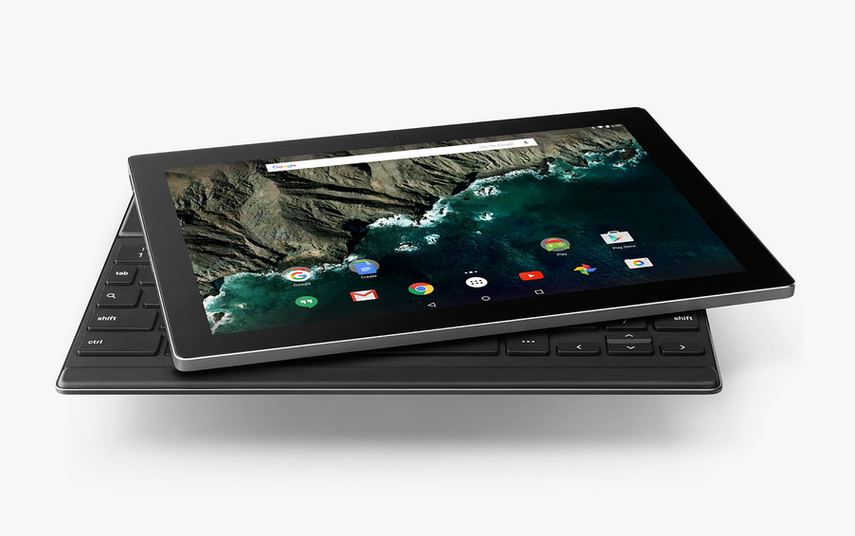 By Ryan Daws | 9th December 2015 | TechForge Media
Categories: Android, Devices, Platforms,
Ryan is an editor at TechForge Media with over a decade of experience covering the latest technology and interviewing leading industry figures. He can often be sighted at tech conferences with a strong coffee in one hand and a laptop in the other. If it's geeky, he’s probably into it. Find him on Twitter: @Gadget_Ry

David Pierce, from Wired, posted his review of Google’s intriguing Pixel C tablet earlier today in which he found the hardware a work of art but wrote it “deserves a better Android”. Google is not stupid – it knows Android’s shortcomings on tablets – but the mere fact the Pixel C exists is a precursor that “a better Android” is on the way.

Despite being a firm believer that Android is the best smartphone OS, when it comes to a tablet I’m just as steadfast in my opinion that nothing beats the iPad for everyday use; it’s simple, well-designed, and (for the most part) more-optimised for taking advantage of a larger screen.

Some people will be raising their hand at this point to highlight Microsoft’s Surface line, and how running a full version of Windows offers the best experience when it comes to multitasking and taking advantage of a screen. However, used as a tablet it falls short due to Windows’ lack of mobile-optimised applications.

Apple and Microsoft have taken separate directions in their approach with tablets – iOS continues to offer simplicity, whilst Windows strives for productivity.

Android doesn’t excel at either, but Google holds all the cards to deliver something incredible. For over a year now we’ve heard rumours of Android and Chrome merging, a fire which got stoked at the end of October when the Wall Street Journal reported Google’s intention to do so next year.

Back in 2009, Google co-founder Sergey Brin said that Android would “likely converge over time” with Chrome OS. Last year, Google started bringing a few Android applications over to Chrome OS. And, remember, Google hid some multi-window functionality into this year’s Android M release.

For over a year now we’ve heard rumours of Android and Chrome merging, a fire which got stoked at the end of October

Google, ever since Material Design, has become a little obsessed with paper. The Pixel C uses a 1:√2 aspect ratio to mimic a piece of A4 paper. When folded in half, A4 paper gives the same amount of space on either side. Folded again, it still provides an equal amount. This continues on, and clever folks digging into Android’s hidden multi-window functionality have found it follows this concept.

All the signs are pointing towards a far-more capable Android being debuted next year; with a result similar to Windows 10 on a Microsoft Surface. Without a keyboard, a device like the Pixel C would run the vast amount of Android software as it would today – albeit with the aforementioned split-screen capabilities similar to Windows or iOS 9. With a keyboard, the device could utilise Chrome OS – and run Android software – but with the improved multitasking and productivity found on a desktop OS.

Google would be chasing Microsoft here more than Apple; which could be another reason for the company’s reluctance to support Microsoft’s platforms with even basic apps. As a Surface user, I’ve wanted official Google apps for Windows the past few years. If Google turns neat hardware like the Pixel C into a productivity machine like the Surface, I’m sure it will be enough for me – and legions of others – to drop iOS and Windows altogether.

Do you think Google’s Pixel C is a precursor to a better Android? Let us know in the comments.