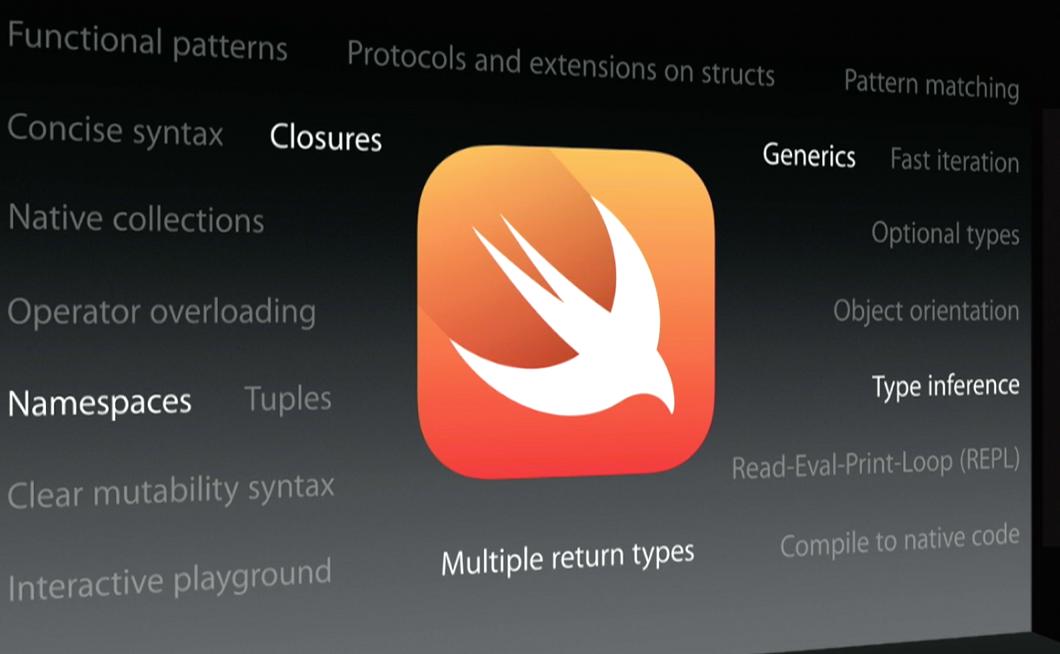 By Ryan Daws | 3rd December 2015 | TechForge Media
Categories: Apple, iOS, Languages, Platforms,
Ryan is an editor at TechForge Media with over a decade of experience covering the latest technology and interviewing leading industry figures. He can often be sighted at tech conferences with a strong coffee in one hand and a laptop in the other. If it's geeky, he’s probably into it. Find him on Twitter: @Gadget_Ry

When you think of Apple, rarely does “open source” come to mind. Last year Apple introduced a brand-new programming language called Swift which aimed to make coding applications for iOS or OS X a modern experience – and it promised that it would be open source.

A few people would have rolled their eyes at this; with some people thinking back to Steve Jobs taking stage at WWDC to announce that FaceTime would also be open source. However, Apple made good on its promise this morning to open source Swift and developers can now take a peek at the inner workings of the language.

Of course, allowing developers to look inside Swift and contribute to its development means that it can also be used on new platforms. Linux support is available from today, but should also come to Apple’s biggest rivals. Although you can’t expect Apple to port Swift to Android and Windows itself, developers are sure to bring it to competing platforms over the coming months.

It’s thought Apple might have started with a version of Swift for Linux due to their enterprise partners – such as IBM – who can now create the consumer-facing portion of apps in Swift and have them communicate with Linux servers which speak Swift as well.

Swift has seen a huge bump in popularity, and has become the language of choice for many developers. Apple wants it to become a core programming language in the next 20 years so that all developers can build applications for their devices; which is the reason why Apple has decided to go open source even if that means it’s used to build for other platforms.

Apple doesn’t often make anything open source, it’s a key difference between them and Google (a huge advocate of open source technologies.) However, some developer-facing technologies have been made open source in recent years by Apple – perhaps showing a more relaxed approach towards it by CEO Tim Cook – such as ResearchKit.

You can learn more about Swift on its new website here, or head straight to GitHub.

What are your thoughts on Apple making Swift open source? Let us know in the comments.