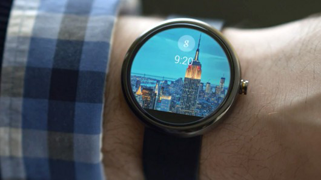 By Ryan Daws | 20th March 2014 | TechForge Media
Categories: Android, Development Tools, Industry, Platforms,
Editor at TechForge Media. Often sighted at global tech conferences with a coffee in one hand and laptop in the other. If it's geeky, I'm probably into it.

Google announced its dedicated ‘Android Wear’ platform for wearable devices alongside a cocktail of praise, awe, and ready-to-be-customers on social networks posting the typical “take my money!” remarks synonymous with a potentially game-changing announcement.

The last of such game-changers was, arguably, the first iPhone announcement. Google could – if played right – replicate the very same success which Apple still bathes in with the iPhone today…

Even though Apple’s iPhone wasn’t the first to run applications; to the consumers’ mind it was – because it was simple, cool, and hit those two key targets which enabled its mass appeal to a market otherwise reserved for the techies and tinkerers amongst us.

Google isn’t the first to the smartwatch, but you can be sure the guys and girls over at Mountain View hold a better chance than say, Pebble, at creating an appetite to the average consumer for the relatively-new breed of devices. This is for four main reasons;

Of course Android Wear is a platform, not a device. This is where Google potentially has an even-greater chance at success…

One device announced so far making-use of the platform is Motorola’s ‘Moto 360’ which looks set to be the first smartwatch that actually looks like a watch you’d pick up on the market today. Fashion and design makes a big difference to the average consumer – it’s cited in research as the reason why the public wouldn’t wear ‘Google Glass’ in its current-form.

“Most of us are rarely without our smartphones in hand. These powerful supercomputers keep us connected to the world and the people we love,” Google Senior VP of Android, Chrome & Apps Sundar Pichai writes in a post to the Official Android Blog. “But we’re only at the beginning; we’ve barely scratched the surface of what’s possible with mobile technology. That’s why we’re so excited about wearables—they understand the context of the world around you, and you can interact with them simply and efficiently, with just a glance or a spoken word.”

As with the ‘Nexus’-range of Google’s “own” smartphones, LG will be releasing a Google Smartwatch by the name of ‘LG G Watch‘ due in the second quarter of 2014…

“The opportunity to work with Google on LG G Watch was the perfect chance for LG to really pull out all stops in both design and engineering,” said Dr. Jong-seok Park, president and CEO of LG Electronics Mobile Communications Company. “With the LG G Watch, LG is continuing the milestones we’ve set in wearables following in the footsteps of the world’s first 3G Touch Watch Phone in 2009 and the Prada Link in 2008. We’re confident that a well-designed device has the potential to take the smart wearable market by storm.”

What do you think about Google’s smartwatch ambitions? Do you foresee it replicating similar success to what Apple found in the iPhone?