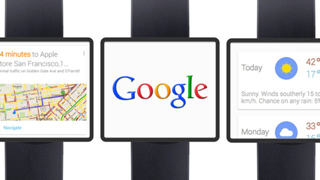 By Ryan Daws | 10th March 2014 | TechForge Media
Editor at TechForge Media. Often sighted at global tech conferences with a coffee in one hand and laptop in the other. If it's geeky, I'm probably into it.

With wearable devices becoming popular – and every major manufacturer rumoured to be preparing their own – it was only a matter of time before Google released an SDK specifically to support Android on these new form factors.

Sundar Pichai, Senior Vice President at Google, told the South by Southwest conference on Sunday that the company plans to release a SDK for makers of Android wearable devices within the next fortnight.

Google is fast becoming a household name in wearables with ‘Glass’ – the company’s augmented-reality spectacles. This is undoubtedly in no small part due to its widespread media coverage…

The device, which isn’t even available yet to the wider-public, is already gathering decidedly mixed opinions – especially in regards to privacy and ‘style’ of the device.

For Google, a ‘Smart Watch’ is a much safer bet than eyewear. These convenient devices were made popular by the Kickstarter-success, Pebble, who at the start of this year unleashed a new version with a more approachable ‘Steel’ style.

Rumours pit Google as working with the manufacturer of most of the Mountain View-based company’s ‘Nexus’ line of smartphones and tablets, LG, to create a Google-branded smartwatch. It seems a likely scenario; if not simply as backup or to act as a “gateway drug” to the world of wearable devices to the wider-consumer.

Chromecast, which Pichai also made a strong emphasis on having sales “in the millions” and coming to more countries soon; alongside Glass; shows Google’s interest in moving beyond web services and into own-brand physical hardware… A move likened to “software-maker” Microsoft with their Surface hybrid device line-up.

Both Microsoft and Apple, as Google’s competitors, are both said to be preparing their own plays into the smartwatch market for their respective platforms; Windows 8 and iOS.

It makes sense for Google to want to get the jump ahead of these two and set the standard for any future Android smartwatches to come. It would also help to boost Google’s main source of profit; their services; and provide consumers with the benefits of the company’s ecosystem.

For example; It’s easy, and exciting, to imagine Google wanting to put ‘Google Now’ on your wrist available at-a-glance…

However, Pichai did say: “When we say wearables we think about it much more broadly. It’s for partners and developers to figure out. It could be a jacket with sensors – I don’t know.”

Recently Google acquired Internet of Things-darling, Nest. It’s not a long-shot for a web company as big as Google to want to be the platform for this new-generation of connected devices.

With Android devices of all shape and forms out there, and 81% market share, it’s a unique opportunity…

Do you think we’ll see a Google smartwatch this year?