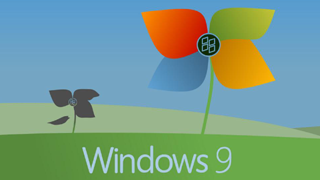 By Ryan Daws | 13th January 2014 | TechForge Media
Editor at TechForge Media. Often sighted at global tech conferences with a coffee in one hand and laptop in the other. If it's geeky, I'm probably into it.

A latest study by Forrester pits Microsoft as getting the only “trailblazer” status for its trust across generations – unsurprising considering Windows’ mighty install base in businesses and educational institutions around the world.

Yet Microsoft has had an indisputably bad year surrounding the release of its latest release, Windows 8, which arrived with a radical overhaul of the desktop known by users since the very early days of the Redmond-based giant.

Clearly, with only 6.89% market share, the release didn’t go down very well.

Windows 7 still has the largest market share of any desktop OS by far, with 47.52%, which isn’t worrying news for Microsoft by any means. What could be an issue are all the computers which make up the 28.98% market share still occupied by Windows XP; whose support ends in April.

Stopping security updates and leaving this many users vulnerable may damage the trust Microsoft’s customers have in the brand; whose title may be open to being stolen by Apple’s Mac OS – a (wrongly) regarded more secure system.

Apple was ranked highest on “remarkable” and “unmistakable” in Forrester’s study; but with these attributes comes danger.

This study (PDF) is from UTA Brand Studio. The company’s founder and executive director, Larry Vincent, offers: “A lot of the world uses Microsoft products and people relate to it; while Apple is like a prom king or queen, beautiful, but not really like us.”

Yet this isn’t exactly stopping the meteoric rise of iOS (and Google’s Android) mobile operating systems – something Windows 8 was built in-mind to rival with its “use anywhere” Modern UI.

There are groups of folks who love the new design which offers full-screen “flat” apps and ‘live tiles’ offering real-time information reminiscent (but not so obtrusive) as Android’s widgets. But most seem to lean-towards the loathe end of the scale, a primary reason being the lack of apps built for this new UI causing users to resort back to the standard desktop.

Windows 9 is set to rectify many of these issues with a re-haul which sounds like it will remove the current ‘Start’ screen, reinstate the ‘Start’ button, and offer the Modern UI apps on the desktop which users are used to. Whilst not thought to be released until BUILD 2015; it is now widely-thought we will get a glimpse of this next release at this year’s event held in April.

It will be the first major release of Windows under operating systems group vice president Terry Myerson, and since the massive Microsoft re-organisation intended to put devices first, so all eyes will be on this version of the firm’s biggest product.

What do you think Microsoft should do with Windows going forward?