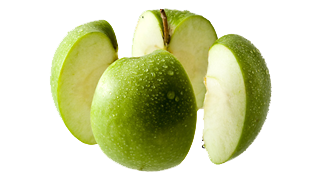 By Ryan Daws | 22nd April 2014 | TechForge Media
Editor at TechForge Media. Often sighted at global tech conferences with a coffee in one hand and laptop in the other. If it's geeky, I'm probably into it.

Four years ago, Steve Jobs announced iOS’ video-calling feature ‘FaceTime’ would become Open so applications can be built cross-platform for the benefit of everyone. iOS users can keep in touch with their contacts in the bigger market which is the Android ecosystem, and vice-versa.

iOS users are still limited to calling each other. Despite adding features like FaceTime Audio (shouldn’t that be VoiceTime?) we’re without a way to get in touch with our non-iDevice counterparts.

There’s a loophole, it’s called Skype. Or if that’s not to your liking there’s Hangouts, or ooVoo, or Facebook, or the multitude of other cross-platform apps which you can guarantee most of Apple’s customers have at least one of installed on each of their devices…

What users love about Android over iOS (speaking as a recent convert) is the ability to have your own decisions about how the system should work for you personally. If you don’t like your messaging app – or are just getting bored and want a fresh new one – you can change it.

Open platforms advance at a much-faster rate. When everyone is chipping in to improve a system the workload is shared so more time and resources can be spent making features above what the closed competition can offer. It’s why the church of Apple will spread their message time and time again they may be late to most parties – but they’ll make sure their camp gets it right.

Back four years ago I watched Steve Jobs announce that FaceTime would become Open with hope in my heart this is an Apple which knows when their confines and barriers should be broken down to create a seamless experience for their users. It didn’t happen, and last year after three years of subsequent frustration at each passing Apple event, I switched to Android.

iOS is on a decline. Android is on a huge rise. Granted this is due to the amount of Android devices flooding the market but Apple can no longer afford to create frustrating barriers which make users want to jump ship. The other main one for me was the file system, or lack of. There are fantastic, beautiful, productive apps on iOS which are capable of so much (especially with that new 64-bit processor) but getting files on and off the device should be a plug-and-play experience.

The refusal to go Open or admit other platforms even exist is the arrogance Microsoft had with Windows until recently – the OS is not the unstoppable juggernaut it once was. Now Office is on iPad. Of course Office has been available on Mac for some time but many questioned whether Microsoft would bring their productivity suite to iPad whilst pushing their own tablets. They did.

Welcome to the #iPad and @AppStore! @satyanadella and Office for iPad

Microsoft has woken up and realised they cannot rely on people wanting to stay on Windows forever, and it can only continue if barriers are broken down so people can switch from their Windows machines to Apple’s tablet and continue their work flow. You can’t go from Apple’s “Pages” on the iPad and continue on your work’s Windows PC so seamlessly.

Google is updating ‘Hangouts’ this week – their ‘iMessage’ competitor – to seamlessly switch between SMS and sending messages over data like its Apple rival. Why is this important? It’s cross-platform. If iOS users want to get in touch with their Android friends they’re now using Google’s Hangouts… and whilst it’s installed those users may as well use it for their iOS friends as well.

That’s another feature lost to Google due to arrogance. If Apple took a page out of the “new Microsoft” playbook and brought iMessage and FaceTime to Android, soon, they’ll retain those users. Bring along some fabulous Apple design and you may even convert some Android to iOS.