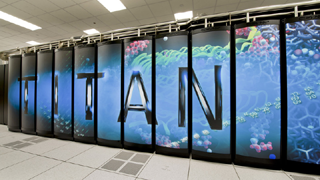 By Ryan Daws | 24th September 2013 | TechForge Media
Editor at TechForge Media. Often sighted at global tech conferences with a coffee in one hand and laptop in the other. If it's geeky, I'm probably into it.

The complexity of software is increasing; whether it is applications or games; the time it can take to “build” is rapidly on the rise – unless you utilise an innovative solution such as IncrediBuild.

DeveloperTech spoke to Eyal Maor about the solution; what makes it unique, and a bit of insight about the development industry.

I have to say, I was instantly impressed.

There are occasions when you come across technology which you know is groundbreaking, and this is one of them. IncrediBuild utilises all the (free) CPU power across your network to speed up software builds in ways previously unavailable; reducing developer frustration – with up to 30x faster builds.

My first question asked about limitations; whether there is a maximum amount of computers which can be made use of at any one time. Eyal replies:

“Nope, we actually have several very large sites – with several thousands of “agents” (computers) and don’t have much limitation.”

He continues: “[Our only] limitation is because of the number of agents that we have if we’re talking about compilation; it’s more on the way compilers work. There is only so much you can accelerate in terms of parallelism of compilation jobs – if you have one large ‘link’ – it’s not parallelised optimally in any language or compiler today.”

Clearly in terms of scale; this is a very large solution. I asked Mr Maor to explain how easy it is to implement:

“The focus we had in the product was to make it easy as possible to work with – that’s why we ask people to look at the [trial] version they can download and try by themselves. It puts pressure on us so that people can easily install it, configure it, and evaluate it very quickly.”

IncrediBuild isn’t purely limited to local networks; it can in fact be used remotely. Due to ongoing talks about whether the Cloud is a reliable solution due to infrastructure; I wanted to grab Eyal’s thoughts on if current web technology can support such a big operation, which he kept originally poignant and straight-to-the-point:

“If we want to have agents that connect to Amazon or private Cloud – that can be done.”

He continued: “I personally saw that this year with several large clients. We haven’t seen any technical issues coming from that environment in terms of ability to scale to a large number of agents; or any problem with the private cloud infrastructure.”

The team has some of the biggest name partners and clients in the industry; for gaming in particular these include Microsoft, Electronic Arts, Sony, and Nintendo. IncrediBuild launched game development support in June to much success – reducing build times by up to 90%.

I wanted to know if there’s already been much demand in speeding up the builds for next-generation releases… (Perhaps out of more of a personal interest!)

Eyal says: “We see a lot of demand for the new consoles coming out; we’re partnering with the console guys to enable faster time-to-market for game development.”

He continues: “If you take a look at the release schedules; you’re going to see many games there on both platforms (presumably Microsoft and Sony!) being released Christmas to January time. We partner with many of those game developers, and see quite a nice demand there.”

As to be expected, Eyal could not speak too much about whom these partners are and for what games before their market release, but he did have this to say:

“One of them is going to be published very soon; maybe even before one of the platforms goes live. I’m hoping to have the ability to speak about it in the next few weeks. I can say we’ve accelerated the development of one of the platform games by 6x on the compilation side and 6 – 8x on tools.”

The tools in question are a part of the solution called “IncrediBuild for Dev tools” which helps to speed up a lot of the tools used in the development process; such as Autodesk Maya.

Currently IncrediBuild is only available on Windows due to customer demand for that platform. Originally I’d asked whether a Mac version is on the way; which threw up an interesting answer:

“We don’t see much demand yet – to honestly say – but we see a lot of demand for Linux, and will have a version for that very soon. We see a demand for mobile; we’re already working on Android. We see those trends more than the requirement for Mac, if there was, we’d take a look at it.”

You can take a look at IncrediBuild and their solutions here.