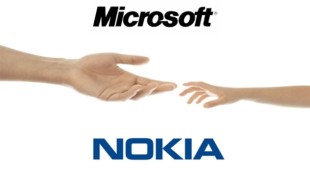 By James Bourne | 18th September 2013 | TechForge Media http://www.cloudcomputing-news.net/
James is editor in chief of TechForge Media, with a passion for how technologies influence business and several Mobile World Congress events under his belt. James has interviewed a variety of leading figures in his career, from former Mafia boss Michael Franzese, to Steve Wozniak, and Jean Michel Jarre. James can be found tweeting at @James_T_Bourne.

Microsoft and Nokia are still two of the biggest names in the technology space today so, like many people in the mobile industry, we’ve been following the news that they’ll come together with great interest.

Neither are strangers to innovation, with Microsoft having pioneered Windows 95, the most widely used operating system in the world, and Nokia once having ruled the global handset business.

Of late however, they’ve failed to excite the industry with only 40% of mobile app developers stating they are interested in developing for Windows Mobile, versus 78% for Android and 90% for iOS. So will an acquisition change that? And what must Nokia and Microsoft do to work effectively with the developer community and create new opportunities?

There’s no doubt that Microsoft and Nokia work with some of the finest developer talent, but improving the way they engage with them – as well as the broader developer community – is the key to their future. Successful developer programs have been shown to grow customer loyalty, decrease customer churn and drive revenue growth opportunities. In addition, engaged developers can be important evangelists for a brand.

So how do Microsoft and Nokia build and manage a joint community of developers that will help them succeed as a combined company?

The first step is to form a well-designed developer program that will serve the needs of both companies and their developers jointly.  This may seem basic but in many programs, the benefits to developers are not made clear at the grass roots level, failing to attract new developers, or re-engage existing developers, who aren’t able to see the value proposition.

The components of this program should be acquisition, education, support, and distribution.

The main aim of the acquisition phase is to attract and retain registered developers to the program. In turn, those developers need to be educated and supported, which should result in an increase in their productivity.

As mentioned already, getting a developer community working effectively results in an increase in ARPU (average revenue per user), increased data usage, and a reduction of the overall subscriber churn as customer satisfaction goes up. By understanding the specific goals and tactics of each of these steps in the developer program lifecycle a company automatically starts to achieve its core business goals.

In Microsoft and Nokia’s case, when possibly launching a totally new program, the initial acquisition efforts are vital in establishing the brand and value proposition correctly in the developer community. Done poorly, these initial activities can make future efforts much harder because a bad impression has already been made.

Developers are being enticed by a myriad of compelling options in the market today, so Microsoft and Nokia must clearly differentiate their offering to get traction. Any proposition communicated out to the developer community should include programs that heavily promote developer activities.

For instance, the explosive growth of the app market in particular has created a need for developers seeking help in marketing and the promotion of their products. Both companies are in a great position to leverage their existing marketing programs to promote “special” applications and help developers get exposure.

It’s also important to externally define the joint value proposition to the rest of the developer community, and fast. There are a variety of marketing programs that can be used to drive developer interest in a program; for instance, the App pitch program has been shown to be highly effective.

Another simple way to generate interest is to give developers an opportunity to “pitch” their apps for inclusion in the established marketing programs as well as the Microsoft and Nokia app stores. This type of program is a win-win for the developer and the companies, as Microsoft and Nokia get to associate themselves with high-quality apps that make it through the pitch process and the developer gets desperately needed exposure for their app.

Finally, creating a sense of a combined community is particularly important if the companies want to combine two great legacies into an even greater future. Developer conferences and developer days are a great platform to reach out to large groups and publicize programs that have been designed for their benefit. Giving developers direct access to a group of senior decision makers so technical and business issues can be discussed is very valuable.

By making sure these elements are in place for a joint Microsoft/Nokia developer program, both companies have a good chance of fostering a reputation in the industry as being developer focused and providing valuable assistance to those trying to bring their applications to market.

Neither Microsoft or Nokia can afford to ignore the fact that the right developer led strategy can lead to exponential growth while the wrong strategy can have a lasting negative impact on their brands and cause more developers to pull away and take their best ideas elsewhere.