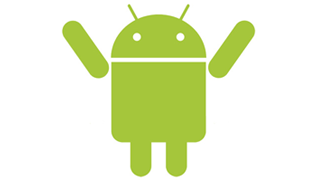 By Ryan Daws | 5th September 2013 | TechForge Media
Editor at TechForge Media. Often sighted at global tech conferences with a coffee in one hand and laptop in the other. If it's geeky, I'm probably into it.

Ask any developer what is the biggest challenge facing Android and they’ll tell you “fragmentation.” Ringing indisputably true for the last few years; Google has not ignored this issue and put very clever initiatives in place to overcome this problem.

Let’s be clear what we’re talking about here; OS fragmentation. This was probably the most difficult form due to new features and API’s introduced in newer versions not being available to the third-party manufacturers who do not update their devices.

Hardware fragmentation – due to the myriad of different spec devices Android is available on – is still a problem. Although this being said, internal components are becoming more standardised among the high-end releases which is helping to ease development.

So let’s highlight Google’s ingenious solution to API differences; build most of the functionality directly into Google Play Services – turn it into a platform by itself. This is why the “app” has almost every possible permission; it’s essentially system-level. It is constantly running in the background and can update without any user input.

So the OS handles the basic stuff, and Play Services acts as a layer between handling the complex.

DeveloperTech isn’t going to suggest it, but arstechnica will: “If you ever question the power of Google Play Services, try disabling it. Nearly every Google App on your device will break.”

Looking back at Google’s big developer conference I/O, it was most obvious of this new strategy. Where many expected a grand new Android release, we didn’t have any. That doesn’t mean we weren’t treated like the dessert-related names with each OS version; we just had all the good-stuff in fantastic app updates.

Of course the OS still matters; both for the “basic” stuff, and design changes – which we expect to be a huge focus of the next update, Android KitKat.

Google has just updated their Android Developer Dashboard with the latest OS stats. Jelly Bean is now up to 45% (from 40% last month) which considering all the old devices still making the rounds; isn’t half-bad. But since Google Play Services is available since Gingerbread – Developers have access to a combined 97.6% of devices through this new approach. That’s worthy of a round of applause Google.

What do you think of Google’s approach to fixing Android fragmentation?