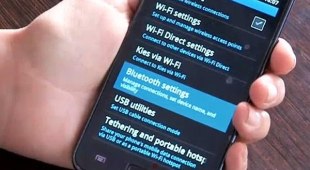 The iPhone 4S was the first commercial product to ship with Bluetooth 4.0. At the time, the technology got some attention from industry observers who speculated about its potential – especially around a new technology called Bluetooth Low Energy (BLE). Since it was released devices such as FitBit, UP and the Pebble SmartWatch have helped to demonstrate some of the possibilities of the technology. With iOS 7, Apple is extending the possibilities of BLE with iBeacons.

Originally a Nokia research project, BLE was first introduced by the Finnish firm in 2007 as  Wibree. BLE was released as part of Bluetooth 4.0 under the brand name of Bluetooth Smart. BLE is designed to be an ultra-low power network that can operate on a coin cell battery for up to three years.

Because BLE operates in the 2.4GHz spectrum, it is license free around the world. As for security, it comes fully loaded with AES128 encryption featuring a robust connection that has cyclical redundancy checks and adaptive frequency hopping. BLE is therefore very power efficient, secure and cheaper to implement because of its range.

Bluetooth 4.0 is included in all Apple devices released since the 4S, including Macs and increasingly in Android phones such as the HTC One and the Samsung Galaxy SIII and upward. Since Android Jelly Bean (4.3), Google has included support for BLE signalling industry support for the technology.

iBeacons is a feature of iOS 7 that uses BLE to allow the device to interact with other beacons. A beacon can either be another iOS 7 device or a third-party beacon such as those available from PayPal or Estimote. Because Apple has sold well over 400 million iOS devices since the iPhone 4S, this means there are now 400 million potential beacons constantly moving. Third-party beacons can be used by businesses to deliver information to iOS devices and help track loyalty when in range.

Because iBeacons work without needing WiFi or a cellular connection, it makes location tracking more accurate and therefore possible indoors.

One reason the development community is getting excited about BLE is down to its micro-location capabilities. As Michael E. Cohen from TidBITS tells us, ‘Apps can use iBeacons to answer the question “Where am I?” not in terms of location on a map, like GPS does, but in terms of where the device is relative to another device.’ This means that core location can now use a range of different sensors to pinpoint location down to a micro level, with iBeacons taking over when other signals aren’t available.

This opens the door for all kinds of applications. Several start-ups have sprung up over the past year or two that use BLE to pinpoint where your wallet or keys are such as Hone or StickNFind. BLE could easily be integrated into Find My Phone to help users pinpoint exactly where in the house they may have left their devices (or indeed police to find stolen iOS devices.)

BLE can transmit to a range of up to 50 metres meaning developers can create new experiences with city tours, retail or real-world games, helping users to find hidden gems. As users get nearer, their devices can display messages or information about what they’re looking at. This can also be applied to virtually any experience, whether it be for retail, an event, in the workplace or in education. When combined with LTE speeds and the possibilities of augmented reality, there are huge opportunities to be had for innovation and creating unique experiences.

Best of all, users don’t need to bump their devices into each other or touch adverts to be a part of the experience.

Last month, PayPal unveiled its new app that allows users to pay for items in real-world businesses. All the retailers need is a PayPal Beacon and tablet that, when it comes time to pay, shows a picture of the user (because they are in the location) and lets the user swipe on their device to pay. In the future, users will be able to pre-order items ready for collection and pay as soon as they enter.

Aside from PayPal, Microsoft has been testing BLE integrated with facial recognition technology at one of its cafeterias and at its TechFest conference on a coffee stand. The system presents cashiers with a choice of four possible faces on a tablet near the till. They simply pick the right face when the customer is ready to pay. Customers are emailed a confirmation with a 10-second video, should they wish to dispute the purchase (check out the research paper here.)

It is clear that the major technology companies see this technology as the future. Despite the promise of NFC, there was still the major issue of not making payments any easier for customers and questions of security hanging over the process.

Google Glass, Samsung Gear, Qualcomm TOQ and any other type of companion device that is in the market or coming to the market will use BLE to connect to the host device. As devices shrink, battery life becomes even more important. Whilst we may accept a daily recharge for our phones, we expect things like watches to last a little longer.

BLE is being used in everything from heart monitors, home automation (as you walk around the house, it can turn on lights based on your preferences), home entertainment (Apple has just updated Apple TV so that you can just tap your phone onto the box to set it up) to sensors such as thermometers and wireless door locks. It is one of the core technologies at the heart of building ‘The Internet of Everything’ where you can interact with the other devices you own, partly driven by its low power efficiencies.

As well as payments, healthcare and helping with general mobile experiences – BLE has another huge potential; marketing and advertising. Estimote is an interesting start-up from the US that uses BLE for in-store experiences to bring up product information. The firms tiny Beacons can be used in any physical place to deliver personalised micro-location notifications and actions when users with any BLE compatible device enter within the beacons range.

Anyone who has seen outdoor advertising stands with the mobile touch points, or the ones on some trains, may have had the thought ‘who in their right mind is going to go up to the ad and touch their phone to it?’ With beacons, this will no longer be an issue. Advertisers can use this technology anywhere – even in print publications to provide value added services to mobile users.

There are, quite literally, millions of ways BLE can be used by developers. From micro-location to payments, marketing, health, security, performance ranking, product information, advertising, location services and more. At the moment, Apple’s main focus has been on showing off AirDrop. Some have theorised this is because it’s not easy to describe iBeacons in a few words – that is certainly true.

In 2013, over 250 million Bluetooth Smart accessories are expected to ship. By 2016, this is expected to reach over a billion. This is a market that is already opening up doors for new kinds of innovation. It is the most exciting opportunity for developers to enhance their apps and will help to further cement mobile at the centre of our lives – the remote control for our world. 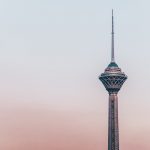