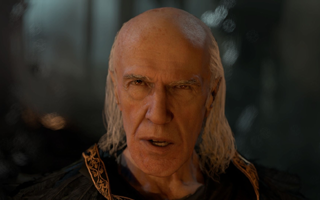 By Ryan Daws | 1st October 2013 | TechForge Media
Editor at TechForge Media. Often sighted at global tech conferences with a coffee in one hand and laptop in the other. If it's geeky, I'm probably into it.

Whether you sit on the Xbox or PlayStation side of the fence – both consoles have some undisputable grunt under their respective casings; yet many titles still aren’t even hitting 30FPS at native 1080p resolution, let alone the ideal 60FPS. Why is this?

The majority of the problem revolves around parity between console versions; many cite the Xbox One as not being powerful enough to handle many games at 1080p at a steady 60FPS – despite first party titles such as Forza 5 displaying otherwise.

From the outside, the issue seems to be developers’ initial issues getting to terms with the Xbox One’s unique ESRAM. Memory is one of important aspects of gaming; particularly in terms of caching for textures and other gameplay elements. So is Microsoft’s worse? Not necessarily.

Both consoles use 8GB of RAM; but the difference is in the varied types of implementation. Sony’s PlayStation 4 uses fast GDDR5 RAM which is a well-understood and relatively simple option; allowing textures to be stored in advance with a max throughput of 176GB/s. Microsoft went with DDR3 – but with an additional 32MB of the more CPU efficient (but lesser-known) ESRAM – which combined can theoretically top out at an even faster 204GB/s.

Yet when PS4 titles such as Killzone: Shadow Fall are using 800MB for render targets alone; how difficult will it be for developers to work with just 32MB of fast memory for similar functions?

At Microsoft’s BUILD event this year; the team showed the hardware based tiled resources support added in DX11.2. Without going into all the technical talk, that’s available here, 3GBs of textures were able to be stored in 16MB of RAM.

It was previously thought that the ESRAM and DDR3 couldn’t be accessed simultaneously; this turned out to be false – as seen in an article with DigitalFoundry.

But there are pure GPU specs themselves to account for; the PS4 utilises 18 compute units, whilst the Xbox One uses 12 (although has 14, two are left redundant for ‘balancing’.) In a test, using similar PC hardware; the PS4 resulted in an average 24% improvement in game frame rates.

It’s this ‘balancing’ which Microsoft say they’ve worked tirelessly on getting perfect; which results will (or will not) be seen in time. The Xbox, in September, bumped the CPU speed in their console to 1.75 GHz – whilst the PS4 is (thought) to be at 1.6GHz.

Alongside the DDR3 RAM which should have less of a load on the CPU than the PS4’s GDDR5; Microsoft has also added innovative audio hardware dubbed SHAPE (Scalable Hardware Audio Processing Engine) – which should do a fantastic job for HD surround (a task that sucks up lots of CPU time on current-gen consoles.)

Once developers get used to the Xbox One’s quirks; it looks like the battle is still very much on between both camps. Whether PS4’s GPU prowess, or Xbox’s (potentially) faster CPU speed gives any real-world advantage is yet to be seen – but titles on both consoles should soon be hitting native 1080p/60FPS. The real question is, what about 4k?

4k TV sets are still relatively unknown and expensive; therefore sure not to be an immediate priority for Microsoft or Sony – who will be focusing on optimising performance for the widespread 1080p.

There is much debate around the benefits regarding the use of 4k; but NVIDIA do a great job of arguing the case for, calling it “the next big thing”.

Whilst true that the jump is nowhere near as noticeable as that of SD to HD – to say indistinguishable is quite highly false. With many of us now making use of 1080p displays on our phones the same resolution as our 32” home televisions; a lot of us will be looking to the next big thing.

So where does this leave our upcoming consoles? Whilst both can decode 4K for video playback; neither will be powerful enough for native gameplay at a usable frame rate (above 30FPS.) There is also the issue of the HDMI; currently at v1.4 supporting 24fps or 30fps – v2.0 isn’t set to release until later this year (with support for 60fps)

Consoles, as with the last generation, will be a step-behind the PC in this regard. Both the PS4 and Xbox One will support upscaling to 4K (as the previous did for 1080p) but won’t support natively.

This, I believe, could be where Valve’s recently announced Steambox plans may shine. Although likely very expensive; these PC-like consoles for your living room could pack some killer 4K capable hardware such as NVIDIA’s GTX SLI TITANs.

What do you think about the hardware Xbox One and PS4 hardware capabilities?