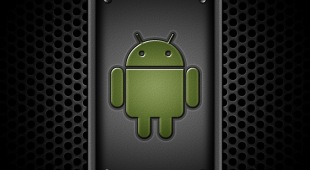 By James Bourne | 12th November 2013 | TechForge Media http://www.cloudcomputing-news.net/
James is editor in chief of TechForge Media, with a passion for how technologies influence business and several Mobile World Congress events under his belt. James has interviewed a variety of leading figures in his career, from former Mafia boss Michael Franzese, to Steve Wozniak, and Jean Michel Jarre. James can be found tweeting at @James_T_Bourne.

If you think this idea sounds familiar, then you’d be right, as the service was previewed at Google I/O back in May. A pilot program was introduced, with subsequent positive feedback proving irresistible to the execs at Mountain View who simply had to open it up.

Before anyone starts rushing off to throw away their Babelfish bookmarks, it’s worth noting that this service isn’t free. Prices will range from around $75 per language for a small app, to $150 for a larger app. One could argue it’s a small price to pay, given the wild goose chase that finding (multiple) translation firms often travails.

Unsurprisingly, Google is beefing up the benefits of localising apps, with a series of good news examples. Chief on the list is gaming app Zombie Ragdoll, which boasts four out of five installs coming from users of non-English languages, after using App Translation Service to push into 20 languages.

The sign-up process is simple enough: once developers have negotiated the localisation checklist remembering to consider what languages they wish to push to, designing appropriate layouts and managing strings for localisation, their APK is near enough good to go.

Google can also give helpful advice through the Statistics section of the Developer Console if devs are unsure as to which language to target – which is fair enough, given it’ll be a $75 mistake if you choose the wrong one – and of course there’s Analytics to track the results of marketing campaigns.

The tech giant also promises that developers will “be able to communicate with [their] translator to be sure you get a great result.”

Yet it’s not a completely smooth ride. One issue which has cropped up, as asked by the Android Developers Google+ community, is what will happen, after a user’s app is localised, if the developer gets bombarded with support questions in a language they don’t understand? Is that covered in the communication process, as mentioned above? Google was unable to reply to DeveloperTech’s request for more information.

All in all though, is $75 a good price to pay for what could be a huge amount of new sales in previously untapped Google Play markets? Let us know what you think in the comments…