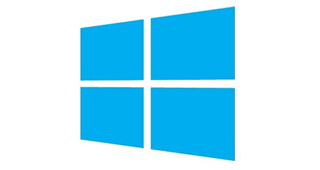 By Ryan Daws | 30th May 2013 | TechForge Media
Editor at TechForge Media. Often sighted at global tech conferences with a coffee in one hand and laptop in the other. If it's geeky, I'm probably into it.

Microsoft, after many leaked builds, has officially unveiled Windows 8.1, the first major upgrade to the widely-criticised latest operating system.

Windows 8.1 is a collection of small tweaks and fixes, which helps to alleviate the sour taste critics had been left with from the complete overhaul.

The most drastic change with the latest operating system is around the mandatory “Start Screen” filled with ‘Live Tiles’ displaying all the information about the apps contents you need at a glance.

These Live Tiles can now be personalised to four different sizes; small, medium, large, and extra-large. For people who need lots of information out of a particular app, say, email, they will find it much easier to see the information they require. Hooray for productivity!

As for the background, many more customisation options are available; even subtly-animated wallpapers akin to the live wallpapers on Android.

An enhancement which shows how important these little touches are to overall enjoyment is that the background of the ‘Start Screen’ now continues to the wallpaper of the ‘Desktop’.

While this may seem small and insignificant; it means switching from the ‘Desktop’ back to the ‘Start Screen’ (via the newly-returned Start Button) appears as if the ‘Live Tiles’ are appearing over your desktop; rather than switching to a completely different interface.

Perhaps the most widely-debated change is how the OS handles applications. On one hand it is truly a forward-thinking “Modern UI” but one which is frustrating with limited applications currently able to utilise it, and the restrictions Microsoft put in place about the displaying of these apps.

Due to the full-screen aspect of these applications; Microsoft decided to use ‘Snap Views’ for opening multiple windows at once.

These are fantastic in terms of the developer can have a customised view for a smaller state, but was previously limited to occupying either a 70% area or a 30% space of the screen.

This limit has now been removed, and also allows for more than two apps to be opened in these views at once. Hooray for multitasking!

Finally, and a relief for mobile users in particular, you can now access functions such as Skype calls without having to pass your security and unlock the device.

Search deserves its own section because of how much focus Microsoft has put into increasing the functionality. Now, featuring what Redmond call ‘Search Hero’, this will be produced from what would otherwise be generic web searches.

Let’s take my favourite show – searching “Breaking Bad” will produce results pulled from Wikipedia, Netflix, IMDB and others relevant; clicking a result will launch that Windows 8 app (where available) rather than the web browser.

Searching for something like the “Eiffel Tower” would first produce local content such as your France holiday photos, followed by web. It’s possible to further refine the results by parameters such as specific colour for more precision.

You can now hit the Windows Key + S to access the search from anywhere. Hooray for seamlessness!

SkyDrive – “The OS is now powered by the Cloud”

Jensen Harris, director of Windows User Experience, said: “The entire OS is now powered by the Cloud and powered by SkyDrive”. As an increasing amount of users rely on the cloud to access their files from anywhere and keep their data in sync, it was important Microsoft focused on this aspect.

It looks as if they’ve delivered in copious amounts.

Only small parts of each files is stored on the local storage; only downloading the full data where required, all your personal settings will carry over when you sign-in to a new machine, and applications installed on one device will auto-magically appear on another (if opted for).

Microsoft will also be delivering Internet Explorer 11. For those who aren’t already running a mile, the new version will move “tabs” to the bottom, and will sync open pages on Windows Phone.

Although these are plenty of small enhancements (there’s many more, we’ve just been over the highlights) they make a significant change to how the OS will feel and handle.

As a full-time Windows 8 user I’ve felt your teething pains; I’m very happy how the system functions now, but this release is how the OS should have shipped. All the same, for many users this is sure to feel like Windows 9. Think of it as that “Windows Vista” (the OS we all try to forget) to “Windows 7” transition.

Windows 8.1 will be release for preview on the first day of BUILD, June 26th.

Are you ready for the first major update to Windows? Do you think it will address many of the usability concerns, as well as adding some useful new features?