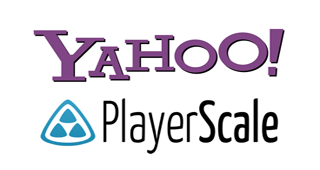 By Ryan Daws | 24th May 2013 | TechForge Media
Editor at TechForge Media. Often sighted at global tech conferences with a coffee in one hand and laptop in the other. If it's geeky, I'm probably into it.

It’s been a month of acquisitions, releases, and revamps for Yahoo; as a huge push has been made to stay modern amongst fierce competition. The latest is of gaming infrastructure startup ‘PlayerScale’ – is Yahoo heading for gaming?

PlayerScale is a platform to provision cross-platform gaming; as well as deploying to nearly every major platform whilst handling monetisation and analytics data.

Why does Yahoo want the company? That’s the big question we should all be asking. Personally, I believe it’s a “weapon in the arsenal” against rival service-company Google. The fairly recently appointed CEO, Marissa Mayer, of course, is an ex-Googler herself.

At Google I/O the company announced “Play Games”, its own play into the rising gaming market. An acquisition of a powerful BaaS (backend as a service) provider such as PlayerScale secures Yahoo some functionality; if they ever want to make a move into the industry.

They may well soon. Yahoo currently seem to want their hand in everything; from acquiring a Social Network in the form of Tumblr for $1.1 billion, to releasing well-praised apps such as Yahoo Weather, to updating their popular photo-sharing app Flickr.

Just the other day, in an article on Windows 8 app usage, I’d praised Yahoo Mail as being the “most engaging” app among users on the platform.

It looks like the company is heading in a great direction, and securing themselves the services needed to stay relevant; or least “play” when needed.

Do you think Yahoo’s future is exciting, or do you think the tech giant is a ‘dinosaur in sheep’s clothing’?