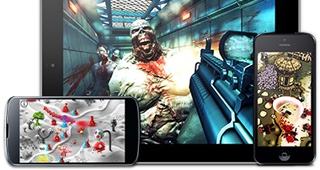 By Ryan Daws | 21st May 2013 | TechForge Media
Editor at TechForge Media. Often sighted at global tech conferences with a coffee in one hand and laptop in the other. If it's geeky, I'm probably into it.

Unity, the hugely popular cross-platform development tool, has made its mobile tools free for small and independent studios.

This will help spur a new generation of developers, who may not have previously afforded the tools to do so, to try their hand at game development.

Previously, Unity’s tools would have cost $800 to release on both iOS and Android, although deploying to PC, Mac, and the Web was free before.

For those who recently bought the tools in the past 30 days, Unity will be offering discounts on all future purchases, which is at least some reprieve for your pain!

Most game developers you speak to will mention Unity as one of their tools of choice; many of the various mobile app stores’ top titles were built using the platform, including Temple Run 2, CSR Racing, and Dead Trigger.

Already available for “companies that have become approved developers by the respective platform holder” I have a feeling we’ll be seeing an increased focus on games made by independent developers and small studios for the console.

Even if the consoles don’t open up to such developers, Android-based consoles hitting the market such as OUYA already have.

It’s an exciting time to be a game developer, so start creating the next “console quality” hit, or start learning how now with more free tools at your disposal than ever before!

Are you ready to start developing games using the newly free tools? Is it a good move for Unity?