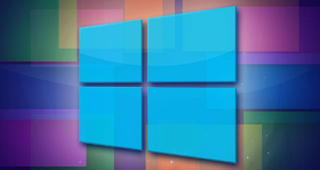 By Ryan Daws | 20th May 2013 | TechForge Media
Editor at TechForge Media. Often sighted at global tech conferences with a coffee in one hand and laptop in the other. If it's geeky, I'm probably into it.

Microsoft’s latest Windows OS launched to a lot of criticisms, many of which both developers and consumers alike are hoping to see resolved in the first major “Blue” update, so let’s take a look at what we know so far.

The final update is likely to be released at Build 2013 in June, but four leaked builds have made their way online already giving us a glimpse at what to expect.

It appears Microsoft is taking on-board many complaints around the initial release and taking steps with each build to satisfy critics.

The majority of users will prefer having a “Modern UI” file manager and improved settings, reducing the need of consistently switching to the Desktop interface. On a similar note, a “boot to Desktop” option has yet to make an appearance but is rumoured to make the final release.

As for what improvements have been made specifically for developers; apps for Windows 8 are generally more versatile than before, with the ability to be placed on multiple monitors, more customisable tiles, and also feature the ability to take advantage of updated “Snap Views”.

The new ReFS support will help prevent corruption, include “data striping” support for increased performance, and use an allocate on write model known as “copy-on-write” to enable quick snapshots of large data sets.

Microsoft appears to be looking at a late June release for Windows Blue, and will likely be free for all current Windows 8 users according to information given by head of Windows engineering, Julie Larson-Green.

Is Microsoft moving in the right direction to satisfy developers and users alike? Disclaimer: Keep in mind these are unstable, leaked builds and features may be added / removed by release.