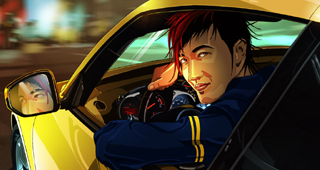 By Ryan Daws | 20th May 2013 | TechForge Media
Categories: Android, App Stores, Design, Development Tools, Gaming, Industry, iOS, iPad, Marketing, Monetisation, Platforms, Testing,
Ryan is an editor at TechForge Media with over a decade of experience covering the latest technology and interviewing leading industry figures. He can often be sighted at tech conferences with a strong coffee in one hand and a laptop in the other. If it's geeky, he’s probably into it. Find him on Twitter: @Gadget_Ry

Freemium is damaging the games, but do you know quite how much? Recently I had the fantastic opportunity to sit down with a group of game developers who spoke passionately about their development, the industry, and how freemium is hurting their creative ideas and real game innovation.

The term is thrown around a lot lately; the act of releasing a game for free then charging for “premium” features later on in order to monetise…

Many games have had to switch to this new model, as is the case with Star Wars: The Old Republic I’d written about nearly a fortnight ago.

This has really changed customer psychology; whereas before the consumer would see a game they liked and pay the price for the fully-featured version — now they expect it to be free.

Developers tell me how this has damaged their creative process; they need to make money, and now have to focus on making a game to fit this model. It used to be a more streamlined act of creating a game you love, and setting a price for it to make money for funding further development.

One developer told me he loves creating his own games so much that he’s resorted to taking a “second job” out of the studio he works for; by developing them at home, but he doesn’t expect them to be successful.

It’s not as bad for new developers who are used to this model, but one developer in particular seemed emotional as he told me of how he’s an “old school” gamer with the mindset of just creating on focusing on great game mechanics, now he’s had to learn to almost exploit customers…

This exploitation can be where ethics enter the mix; to further confuse matters. One app in particular which clearly crosses the boundaries measures contractions in pregnancy; once you get so far along asks you to “unlock” the full-version through an in-app purchase.

These in-app purchases themselves have drawn many headlines of people spending thousands accidentally; either through lack of knowledge, or letting kids have access to devices.

When asked if they prefer working with console makers – such as Sony – who are famously great at working with indie developers, it was a resounding yes. One said how: “Sony will come down and help in both the development and marketing process; whereas someone like Apple, well, there’s no conversation with Apple.”

None seemed too enthusiastic about the idea of Android-based consoles, which was surprising; I had assumed in the current economic woes many would like the idea of a cheap console which can offer games that are nearing “console quality”.

Same with second screen, shown by the fact Nintendo’s WiiU which merges a second-screen tablet interface with a dedicated controller doesn’t appear to be gaining much support. One of the world’s biggest publishers, EA, has announced it will be dropping further titles altogether.

The most obvious example of a game crippled by the freemium model is “Real Racing 3”. Previous versions I’d always paid for outright, and really enjoyed the experience. It was always a very boundary-pushing game with interesting dynamics – now it’s a game which appears to have a complete focus on selling rather than providing great gameplay.

What do you think of the freemium model? Is it affecting “true” game development?