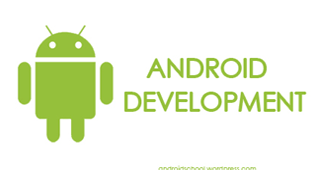 By Ryan Daws | 16th May 2013 | TechForge Media
Editor at TechForge Media. Often sighted at global tech conferences with a coffee in one hand and laptop in the other. If it's geeky, I'm probably into it.

Just the other day, I sat in a meeting where several developers told me their favourite Android development tool is the ‘Intellij’ IDE. Clearly Google has also seen the benefits as they’ve released ‘Android Studio’ which is based upon it!

Studio’s most impressive feature is writing code whilst displaying how it will look on a whole variety of different devices in real-time; helping counter Android’s widely-criticised “fragmentation” issue.

Not stopping at a brand-new IDE, new testing features were announced by Google to help perform “staged rollouts” and beta tests with select users all from within Play’s Developer Console.

In this meeting I was a part of, developers said much about how important internationalisation is to tap into huge markets such as China, but how hard it is primarily due to translation.

To help ease this process the Developer Console now also offers translator services via a whole host of third party translation companies; maybe I should start sending out some emails to these developers to help make their day.

Campaigns are also featured if you wish to invest in one; featuring referral tracking to see what links are working the most, along with what happens in the app the first time it’s opened.

The near industry-standard ‘Gradle’ is used for building apps; whilst Projects can be stored on Git, Mercurial or Subversion VCS.

You can move Intellij / Eclipse projects into Android Studio but be aware it’s Early Access Preview, whilst the company says it has “big plans” going forward.

Android Studio will be bundled with the entire Android development platform; including the SDK, the tools and emulators.

Will you be using Android Studio for your development? Are there any other features Google could have added to make it a truly indispensible solution?