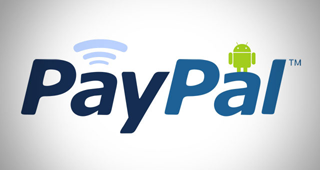 By Ryan Daws | 14th May 2013 | TechForge Media
Editor at TechForge Media. Often sighted at global tech conferences with a coffee in one hand and laptop in the other. If it's geeky, I'm probably into it.

Whilst in-app purchases become ever more popular, mainly from the rise of the “freemium” model, PayPal wants to get a slice of the pie on Android.

Announced on Monday, a new SDK from the payment service is to be released first to US developers on May 15.

This follows a release of the iOS version of the SDK which was debuted just over two months ago, supporting all the varieties of iDevices.

Developers will seamlessly be able to integrate the payment solution into your apps, offering a well-known service for customers.

Customers won’t have to rely on a PayPal account either, using the company’s card.io technology; users can simply scan the card they wish to use for payment.

PayPal has increasing competition from rivals, and recently updated their website with new features and a more modern design to help remain current.

This being said, according to President of PayPal David Marcus on the company blog: “75 percent of all American consumers equate digital wallets with PayPal.”

The company certainly has a large enough user base, with over 128 million account holders in 190 markets, spanning 25 different currencies.

With the rise of virtual currency and wallets, it’s important PayPal integrates itself as much as possible in both developers’ and consumers’ lives. PayPal has even expressed interest in supporting such currencies as Bitcoin, perhaps to keep it saturated in the market.

Do you plan on integrating PayPal’s new in-app payments solution into your Android app? What kind of impact do you think the company will have moving forward?