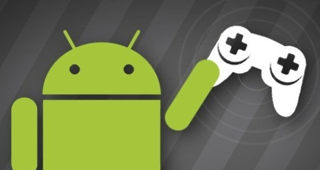 By Ryan Daws | 13th May 2013 | TechForge Media
Editor at TechForge Media. Often sighted at global tech conferences with a coffee in one hand and laptop in the other. If it's geeky, I'm probably into it.

“Dear gamers; have you ever dreamt of the perfect cross-platform gaming experience?

Dear developers; have you ever dreamt of creating games with first-party matchmaking and achievements/leaderboards?

Okay, this letter may have been fictional, but this is exactly how I’d pitch ‘Play Games’ at I/O if I were Google (disclaimer: I’m not.)

Play Games isn’t even confirmed yet, but Android Police got hold of the .apk and performed a “teardown” analysis to see what they could find for our benefit.

They found a lot.

Starting from the beginning; the ‘Settings’ of the new app allows selection of who can send you game notifications (using Google+ of course!) as well as muting certain groups / individuals.

This is hoping to rival iOS’s “Game Center” and wouldn’t be complete without ‘Cloud Saves’, of which a string of code mentions a “games_sync_adapter” – so it appears fairly safe you’ll be able to switch devices and carry on your games through a first-party solution going forward.

There is plenty of text for “matchmaking”-related activities; from auto-picking, to manually-picking people you want to play your next match with.

It appears matchmaking also has “chat lobbies” what isn’t clear yet is whether this chat element of Play Games will integrate with Google’s next rumoured I/O announcement, “Google Babel”, which is said to collate all messaging functionality into one client and notification system.

Console gamers will be pleased to see achievement functionality, in which the UI appears much akin to the popup found on Microsoft’s Xbox.

For competitive types, a social games client wouldn’t be complete without leaderboards; in this case it appears “medals” will be awarded for best today, this week, all time and so on.

This sounds great so far – Google is catching up with Apple – but how is this any different to iOS’s Game Center offering? One (hyphenated) word: cross-platform.

Nothing is confirmed yet, but if I were to take a (not entirely) wild guess, Google will make the APIs available for developers to build into Apple’s iOS games.

Google likes to have its services everywhere, and is in a perfect opportunity to better Apple’s offering in a way which unless Apple opens up their ecosystem to support other platforms, they cannot match.

Truly I hope I’m not completely wrong here. This is a very unique chance to create a perfect mobile gaming nirvana for players; regardless of platform, all working nicely in cohesion.

With Android-based home consoles all picking up pace such as; Ouya, GameStick, and unique subscription-console GamePop, this is the perfect time for the ultimate gaming client.

Are you planning to integrate “Play Games” into your apps? Do you think it will be successful or will rivals have better alternatives? (Maybe Windows Phone’s Xbox is the “sleeper hit”?)