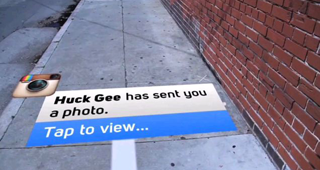 By Ryan Daws | 13th May 2013 | TechForge Media
Editor at TechForge Media. Often sighted at global tech conferences with a coffee in one hand and laptop in the other. If it's geeky, I'm probably into it.

Last year Dekko had big plans to turn the real-world into an Operating System, full of applications which blend reality with technology, a Google glass without the glasses.

The company hasn’t dropped its plans; instead refocusing on smaller steps to eventually meet their overall goal of augmented reality world domination.

Dekko has developed technology to map the world in 3D using a smartphone camera or tablet which is represented as “digital grids” upon where games and applications can be “layered”.

It is truly incredible how something as previously intensive as 3D mapping can now be done on just an iPad mini. This is the entire process; scene modelling, object recognition, and reconstruction.

Currently a game is being developed, which is about 90 percent done, according to co-founder Matt Miesnieks. He likens it to how Microsoft built and shipped Solitaire with Windows to teach people how to use a mouse and get used to the control mechanisms.

This kind of technology, once perfected, would be astounding in collaboration with a product such as Google Glass.

In the hit PS3 game “Heavy Rain” by Quantic Dreams, a futuristic investigator would “escape” his office through turning the environment around him into a forest, a desert, even an ocean. Perhaps this “future” isn’t far away?

Are you still excited by the future of Augmented Reality? Does it have a future? Or has many failed attempts from various companies put you off the idea?