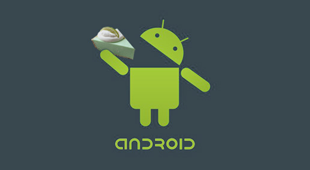 By Ryan Daws | 10th May 2013 | TechForge Media
Editor at TechForge Media. Often sighted at global tech conferences with a coffee in one hand and laptop in the other. If it's geeky, I'm probably into it.

It’s only a week away! Google’s annual developer conference I/O will be here to (hopefully) display some of the best advancements from Mountain View over the year to come.

Evangelists will hope to see new updates to Android, Chrome OS, and the whole host of web apps in-between.

So what can we expect? Starting with Android it sounds many will be fairly disappointed, latest logs found on web servers are showing a ‘JWR23B’ build (see that “J”? Internally stands for “Jelly Bean”)

It looks like we’ll be seeing a modest software upgrade to ‘4.3’ rather than version ‘5.0’ or “Key Lime Pie” which would gain the most new features and enhancements.

Considering the unusual lack of leaks and rumours surrounding what’s coming; it wouldn’t surprise me. A single prevalent leak is of a unified messaging service by the name of Google ‘Babel’ (nothing to do with AltaVista’s Babel Fish!)

Babel would offer similar functionality to ‘Threads’ found in Windows Phone; collating your conversations across multiple services into one stream for each contact. In the case of Windows Phone, messages received via Facebook Chat or SMS will be shown in the one conversation.

It’s doubtful Google will support Facebook Chat functionality; this seems a good opportunity for them to support their own Google+ social network further. What is likely, however, is the app will be made available cross-platform.

Apple already offers ‘iMessage’ to send messages using data, but is limited to only iOS and Mac. Google offering an alternative built-in, or least downloadable to most Android devices (with its 60% market share) and automatically detecting available devices using phone number, could further decrease SMS usage.

How about a “Game Centre”? Somewhere Apple is strong on iOS; it’s long overdue Google made some play into supporting multiplayer gaming experiences first-party.  A teardown of the Google Glass .apk seems to support this.

To sum up; don’t expect too much on the Android front, but hopefully we’ll be pleasantly surprised.

Next, we’ll talk about Google Now; where we’ll see the most focus in my opinion. Ever since the service offering instant information at the right time was launched, we haven’t heard too much more, which is quite a clear hint something is coming. Rumour of another 100 cards something. Desktop launch also seems a no-brainer to me.

Carrying on with software; it’s likely a brand-new “Holo”-ified Gmail will be unveiled to bring the service more in-line with the iOS version and products such as Now.

ChromeOS probably won’t be completely ignored either; there’s even talk of a “Chrome Stick” which will push the OS to more people via a USB dongle.

Hardware, hardware, hardware. Expect a new Nexus 7 with a higher resolution screen, and maybe even that long-rumoured Google “X” Phone from the company’s acquisition of Motorola.

Also, what happened to the Nexus “Q”? The small black media-streaming orb disappeared out of existence after I/O last year; expect a return with a release and a price tag. You know, and integration with that gaming centre previously mentioned.

Finally, and we’ve spoken a lot about it lately, Google Glass. What more would drive us press and consumers wild than a price, a release date, and a pre-order to close the conference?

Are you excited for Google I/O? What do you think we’ll see? Will it be a demo of Key Lime Pie, or just 4.3?