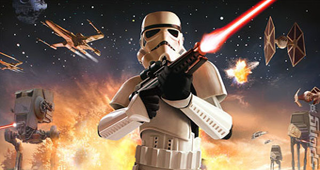 By Ryan Daws | 8th May 2013 | TechForge Media
Editor at TechForge Media. Often sighted at global tech conferences with a coffee in one hand and laptop in the other. If it's geeky, I'm probably into it.

The gaming industry has been witnessing a shift towards the “freemium” model lately; clearly it’s working and worth considering after EA announced profits for Star Wars: The Old Republic (SWTOR) have doubled since making the free switch.

Freemium is the act of releasing an app for, well, free. This looks extremely appealing for customers, but of course everyone needs to fund their development and earn a profit from the time invested, so these apps make money through advertising or in-app purchases.

This is the basic theology behind freemium; however SixteenVentures has gone more in-depth and listed the seven types of freemium.

Electronic Arts launched Star Wars: The Old Republic originally as a monthly subscription game, paying once-a-month for unlimited access to everything the game had to offer. Due to having to purchase the game in the first place, many potential customers wouldn’t have even tried playing.

Now it’s free for anyone to download, more gamers are jumping in, giving it a go and ultimately getting hooked. Since the switch, 1.7 million extra players have joined doubling profits which can be placed into enhancing the game experience.

BioWare has already released a recent expansion to the game by the name of “Rise of the Hutt Cartel”, and has expressed a wish to add new content and services every six weeks.

It’s not just games such as Star Wars going free-to-play. Edward Tan wrote in a blog post for DeveloperTech about “breaking down Candy Crush’s formula for success”, arguing that virality, goal-oriented play and “organic and endless” monetisation channels are all key to the hugely popular cross-platform game’s growth.

Moving away from games; regular apps are also falling into the model, especially in regards to “news” apps of which many examples can be found for iOS5’s “NewsStand”.

These apps, such as Esquire, can even release a few days earlier than their print version, paying a monthly fee of $2.99 via in-app purchase for each new issue.

What do you think of the freemium model, are you a fan? Or do you prefer to buy your apps and games outright?