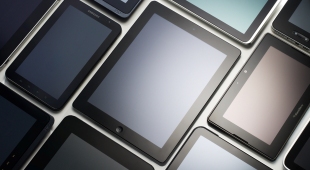 By James Bourne | 12th March 2013 | TechForge Media http://www.cloudcomputing-news.net/
James is editor in chief of TechForge Media, with a passion for how technologies influence business and several Mobile World Congress events under his belt. James has interviewed a variety of leading figures in his career, from former Mafia boss Michael Franzese, to Steve Wozniak, and Jean Michel Jarre. James can be found tweeting at @James_T_Bourne.

There’s change afoot in the tablet market, according to the International Data Corporation. Android-powered tablets, currently shipping in greater numbers than its iOS counterparts, will surge further ahead by 2017.

Similarly, the overall number of tablets shipped will increase: IDC has moved up its prediction for the global market from 172.4m units to 190.9m by the year’s end.

The predominant reason for this change in figure will be due to the rise of Windows tablets, according to IDC; the Microsoft market share is predicted to be 7.4% in 2017, compared to just 2.8% by the end of this year.

“Such a focus could drive better share growth in the tablet category down the road,” he added.

The IDC research shows that low cost, therefore smaller devices will spur the increase in purchase. “One in every two tablets shipped this quarter was below 8 inches in screen size,” said IDC research analyst Jitesh Ubrani, adding: “In terms of shipments, we expect smaller tablets to continue growing in 2013 and beyond.”

One company that won’t be moving into that low-cost market any time soon will be BlackBerry, with its CEO Thorsten Heins widely quoted as being against the move. Intomobile reports Heins saying: “You will not see us getting into the 50-, 60-buck phone segment. This is not BlackBerry.”

But while this is good news for purveyors of tablets, the outlook’s not so rosy for those who manufacture eReaders, as IDC reduces its forecast by 14% on average between 2013 and 2016. Not surprisingly, the analysis centre puts the proliferation of low-cost tablets and their versatility firmly as the reason behind the downturn.

Where do you see tablets heading in 2013; do you agree with the IDC analysis?