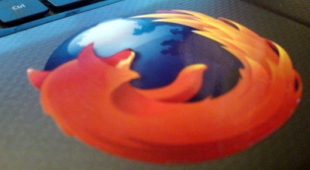 By James Bourne | 11th March 2013 | TechForge Media http://www.cloudcomputing-news.net/
James is editor in chief of TechForge Media, with a passion for how technologies influence business and several Mobile World Congress events under his belt. James has interviewed a variety of leading figures in his career, from former Mafia boss Michael Franzese, to Steve Wozniak, and Jean Michel Jarre. James can be found tweeting at @James_T_Bourne.

VP product at Mozilla Jay Sullivan, speaking at SXSW, has stated that the Firefox browser will not appear on any Apple devices if the Cupertino company continues to be unfriendly to third party browsers.

As reported by CNET, who also moderated the panel, Sullivan echoes an overall feeling at Mozilla that the not-for-profit can’t create the best browser possible under Apple’s current rules.

This is understandable, given that Apple insists upon having Safari as default browser on its devices. For comparison, you can get Chrome on iOS, but to make it default would mean taking the risk of jailbreaking your iDevice.

Last month at Mobile World Congress Mozilla announced the availability of its new Firefox OS. Formerly Boot to Gecko, the system was released to developers as early as January, developed by Geeksphone in partnership with Telefonica.

Mozilla also announced two phones, the Alcatel One Touch Fire and the ZTE Open, with further offerings from LG and Huawei also expected.

There are a couple of conclusions that can be drawn from this. With the Firefox operating system out, Mozilla has a niche with which to target the mobile browser market, albeit in the low end smartphone range. Given that Mozilla currently has less than 1% of the market share, however, this may be something of an ambitious goal.

The more likely reason for Mozilla not jumping into bed with iOS is that being restricted in its choice of rendering goes against the company’s open web goals.

2013 sees plenty of pretenders to Apple and Google’s OS throne try and step up to the plate, with options from BlackBerry, Windows Phone, as well as more embryonic ideas from Samsung and Ubuntu all vying for space?

But is this feeling towards Apple shared by consumers?