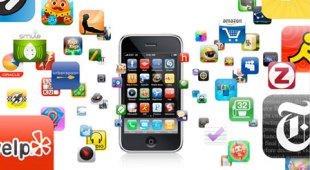 By James Bourne | 6th March 2013 | TechForge Media http://www.cloudcomputing-news.net/
James is editor in chief of TechForge Media, with a passion for how technologies influence business and several Mobile World Congress events under his belt. James has interviewed a variety of leading figures in his career, from former Mafia boss Michael Franzese, to Steve Wozniak, and Jean Michel Jarre. James can be found tweeting at @James_T_Bourne.

Analytics firm Flurry has released its latest report on device proliferation, which shows a steep upward curve in terms of the number of device models a dev needs to support  if you want your app to be fully optimised.

If you’re aiming lower, the figures are more reasonable; an app which is optimised for only 60% of the overall device ecosystem requires compatibility with 37 different models; 50% means supporting 18 devices.

The overall conclusion from this was that indie app developers are in danger of becoming “an endangered species”.

“This fragmentation has the potential to change the app ecosystem by making it harder for small developers to compete since they are unlikely to have the resources to support the growing list of device models currently in use,” wrote Mary Ellen Gordon in a Flurry blog post.

So what should an independent developer, without the resources and time to utilise their app for an increasing number of screen sizes, dimensions and platforms, do?

Interestingly, Flurry advocates a move towards iOS, for “the most users for the least work”, as device models running on iOS average 14 times the number of active users when compared to device models on other platforms.

Going for the most profitable OS is one thing, but Flurry also advocates going for most profitable devices; 80% of active users cover just over 7% of the different device models, according to the research.

“Developers can reach more active devices by developing for a smaller number of device models on iOS, and they can also capture the attention of very active users,” the blog explained.

So it seems like iOS is the more lucrative arena for developers. Is Android’s fragmentation going to cost them?