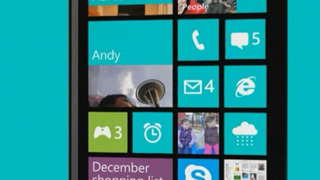 By Albert Vang | 19th June 2013 | Web and Mobile Design & Development http://www.plaveb.com/
Albert Vang is a developer with PLAVEB and has worked on a number of Apps Development projects.

We came across The Official Microsoft Blog and read this statement: “Windows Phone has reached 10 percent market share in a number of countries, and according to IDC’s latest report, has shipped more than Blackberry in 26 markets and more than iPhone in seven.” At first, it looked liked some sort of a joke. Everyone knows that Android and iOS are the only contenders; Microsoft Windows 8 and BlackBerry are simply hanging around hopefully.

A little research revealed that this was indeed the truth. More Windows Phones were shipped than iPhone to some countries. Does this mean that Microsoft is not out of the race? First, let’s take a look at the list of countries: Argentina, India, Poland, Russia, South Africa, Ukraine and few other countries in central and eastern Europe. All these are developing countries where most people simply cannot afford the costly iPhone. Analysts stress the fact that the total number of shipments in these markets is less than half a million – surely not a huge number in the smartphone game.

But Microsoft is known for being determined, and the company has a long history of winning the race in the long run. The triumph of Windows software for PCs in the 1990s bears testimony to this fact. At that time too, it took a long time for Microsoft to establish its position at the top. But, eventually, Microsoft emerged as the biggest player in that segment.

But Microsoft is evolving speedily to become a devices and services company. The company has a strong desire to enter the hardware market and taste success just the way Apple has done. As a consequence, the company launched the new, mobile-oriented Windows 8 along with the Microsoft Surface tablet to showcase its ability to build innovative devices and offer ingenious mobile experiences. Microsoft CEO Steve Ballmer is clear about the direction his company plans to take in the future.

But Microsoft simply doesn’t have the resources to take on Apple in the smartphone segment. But the future is mobile, and Microsoft knows that it has to do all it can to stay relevant in a world that is moving away from PCs and laptops. With 3% of share in the worldwide mobile market, Microsoft seems to have lost the battle, but that is not the case. As it has done before, Microsoft is crouching in the shadows, waiting for the right moment. It has a sound mobile policy. It has the resources. Android or Apple will make some mistakes in the coming years, and Microsoft will be ready to capitalize on it.

While Microsoft Surface is here to stay for a long time, we have still not seen a high-quality smartphone from Microsoft, the reason behind this are simple: building a smartphone that can compare to the iPhone takes a lot of time, energy and effort. If Microsoft launches a smartphone, it will be compared with the best Android smartphone and the iPhone. For now, Microsoft is biding its time and allowing partners like Nokia to build the devices.

At the same time, the company is avoiding fights in markets where they do not stand a chance against the giants. Most developed markets are reaching (or have already reached) a saturation point in terms of smart mobile users. Emerging marketing in developing nations are currently seeing an upsurge in the demand for mobiles, and people in such countries are ready to invest money in a smartphone.

Microsoft is trying gain a toehold in these markets. Here, it has to face Android, but is still doing a good job. In several growing markets, Windows 8 phones have gained the landmark of ten percent market share. This is not a big number, but it does suggests a steady progress. For mobile developers, it would be a good consider developing for Microsoft’s mobile app store. This way, you have a foot in the door and you can be a small fish in a big pond where there aren’t many other fishes!